French Onion Steak Sandwiches are an easy-to-make, delicious choice to serve for a family-friendly dinner. 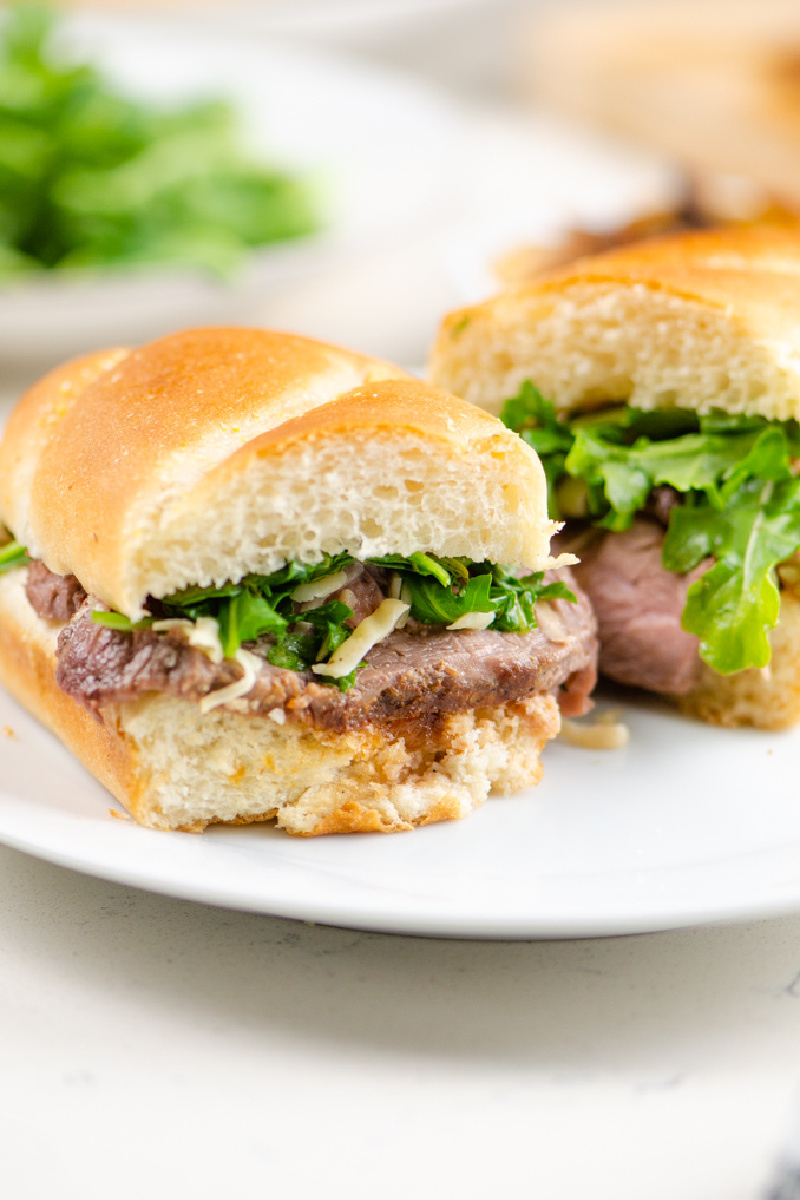 You probably forget that making sandwiches for dinner is a perfectly acceptable option. Here’s a reminder! These fabulous French Onion Steak Sandwiches are stuffed with perfectly seasoned, caramelized onions, sliced sirloin steak, melted Gruyere cheese and simply dressed lemon arugula. These flavors all come together to create one delicious sandwich that everyone will love. 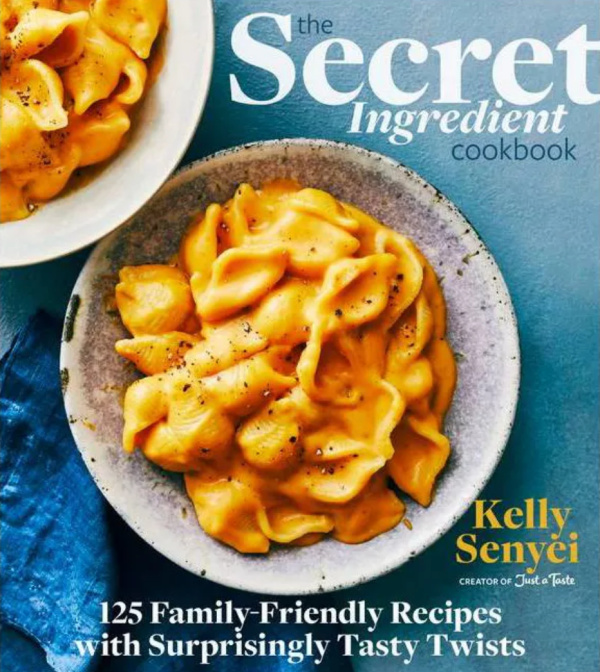 This recipe comes from a new cookbook by Kelly Senyei from the Just a Taste blog: The Secret Ingredient Cookbook. This book is full of tasty recipes that each have a “secret ingredient” that boosts the flavor and uniqueness of the recipe. Example: for the Sweet and Tangy Baked Chicken Wings recipe, the secret ingredient is blackberry jam! This book is full of family-favorite, delicious recipes. It’s a must-have new cookbook for your cookbook shelf.

Here are a few recipes we have bookmarked to make: 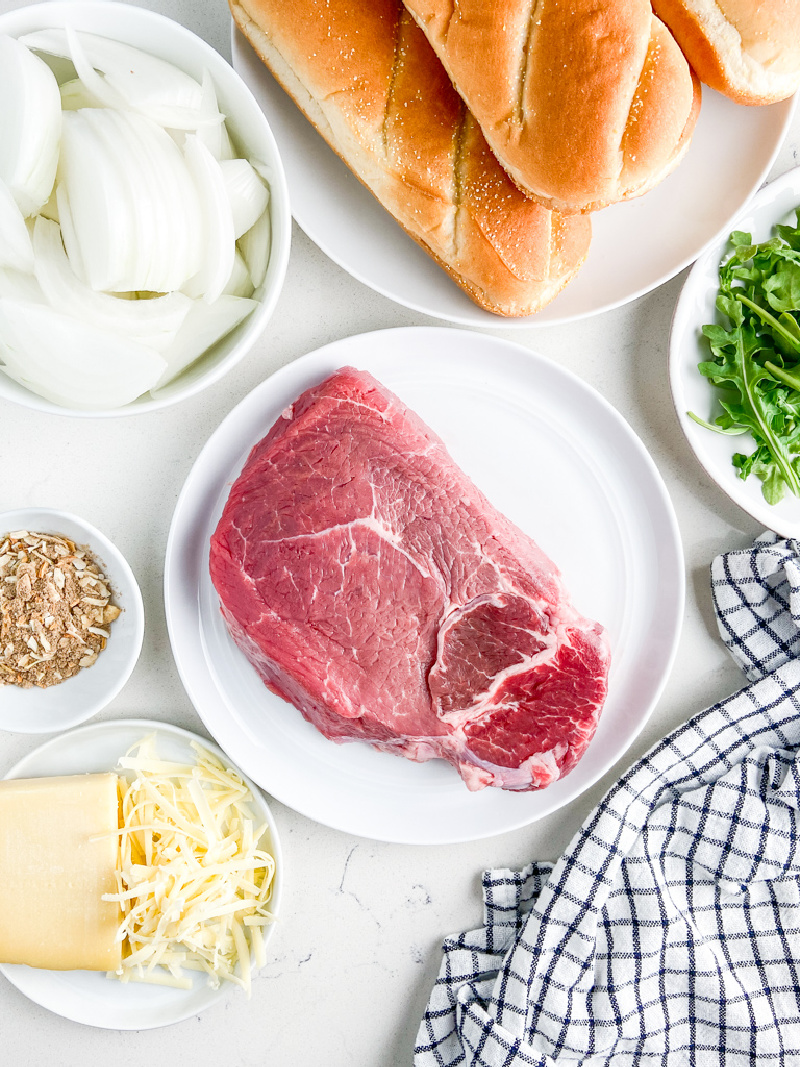 For the complete, printable recipe with all ingredients and instructions, scroll to the end of this post. 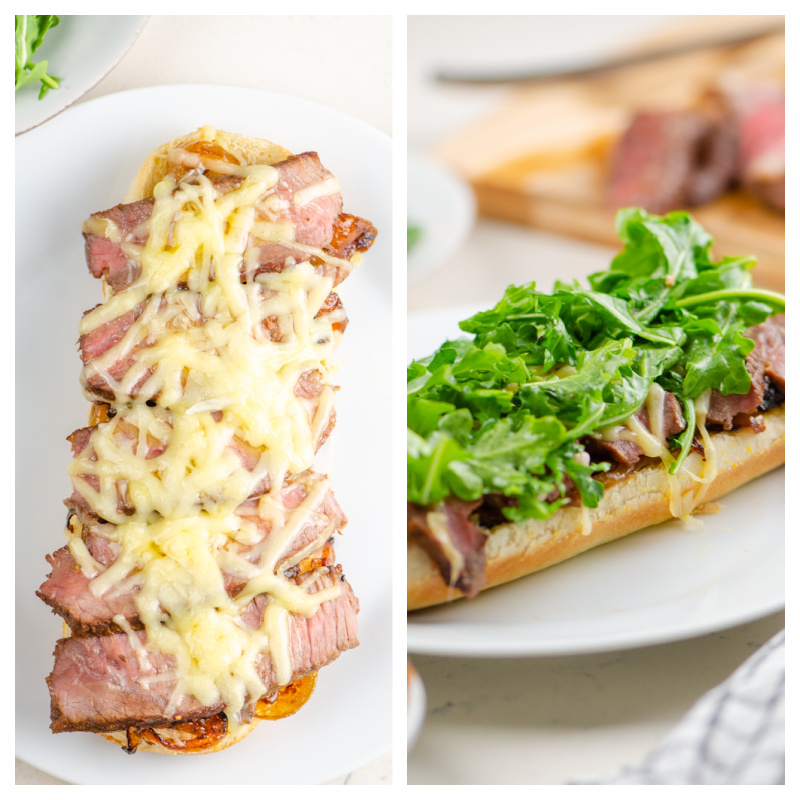 Preheat the oven to broil. Divide the caramelized onions between 4 French rolls, spreading the onions on the bottom half of each roll. Lay the steak slices on top of the onions, and top with shredded Gruyere cheese. Place under the broiler to melt the cheese. Top with lemon-juice dressed arugula. 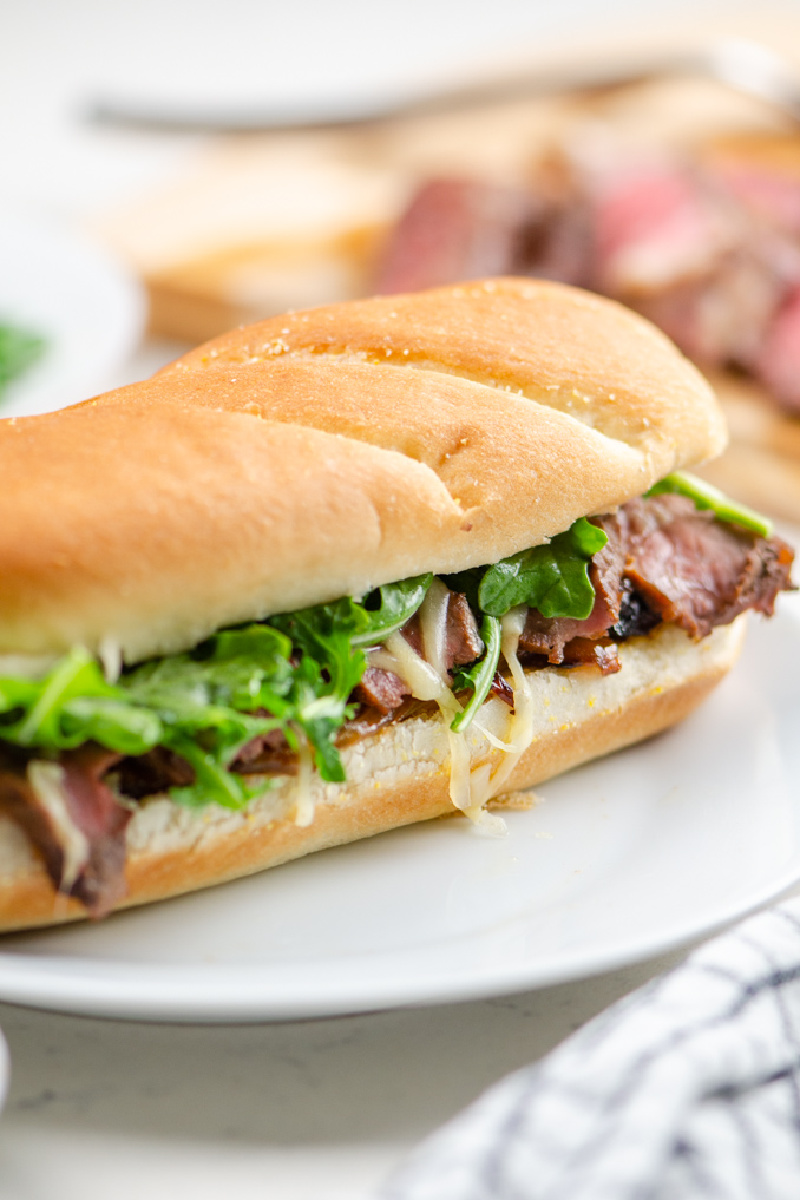 Top with the other half of the bun to finish up these French Onion Steak Sandwiches. They’re ready for serving! 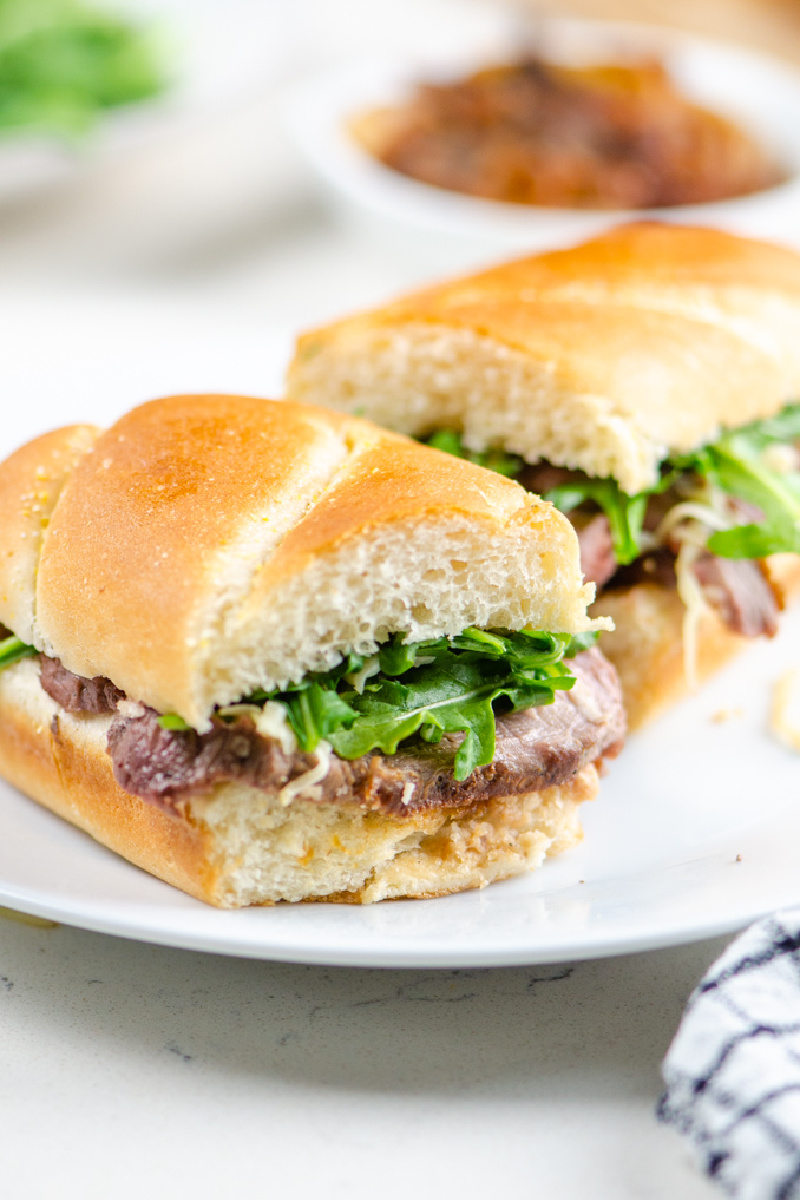 Slice them in half. I suggest serving them with our Watermelon Strawberry Caprese Salad or this Butter Leaf Lettuce Summer Salad for the perfect balance of a light pairing. 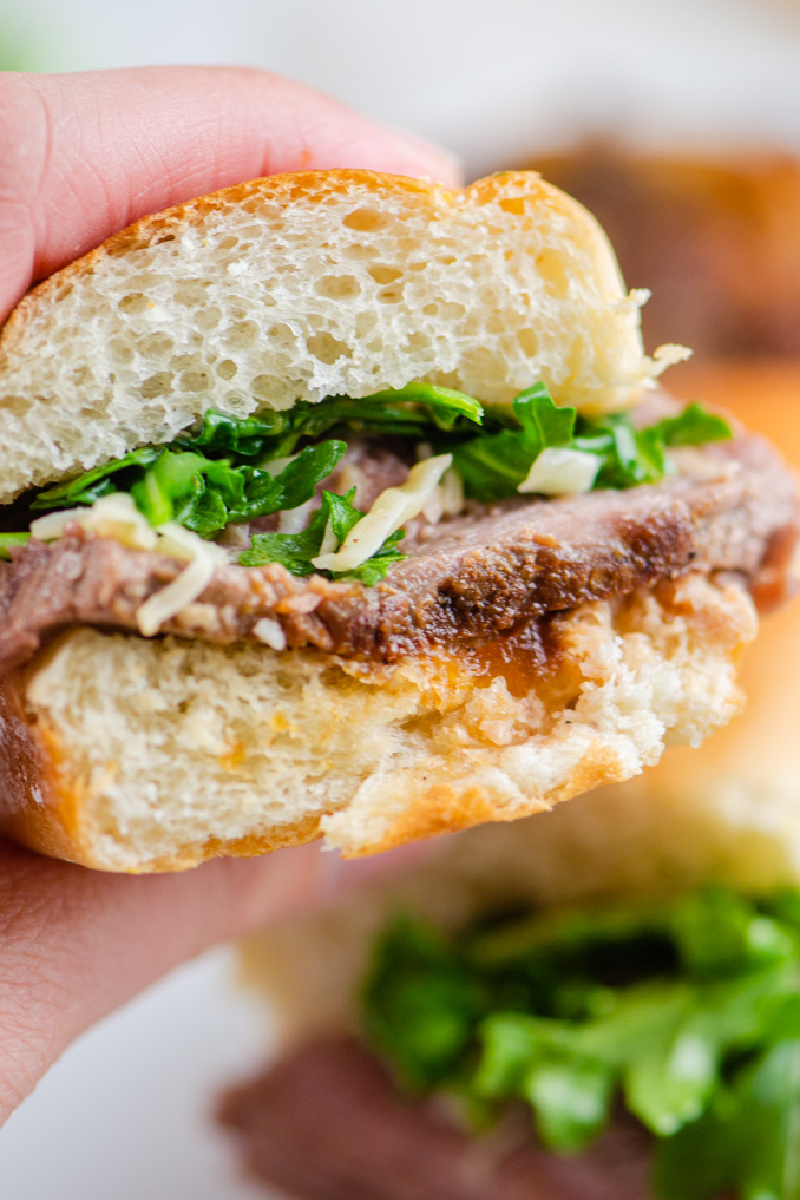 Thanks to Kelly Senyei for this great recipe from The Secret Ingredient Cookbook. I think you’re going to love this cookbook, and these French Onion Steak Sandwiches are a great recipe to start with. Enjoy! 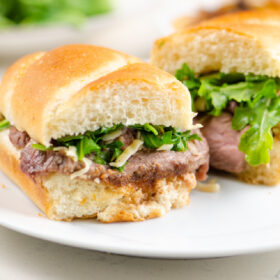