If you’re looking for a most decadent treat to help cool you off this summer, this S’Mores Milkshake will definitely do the trick! 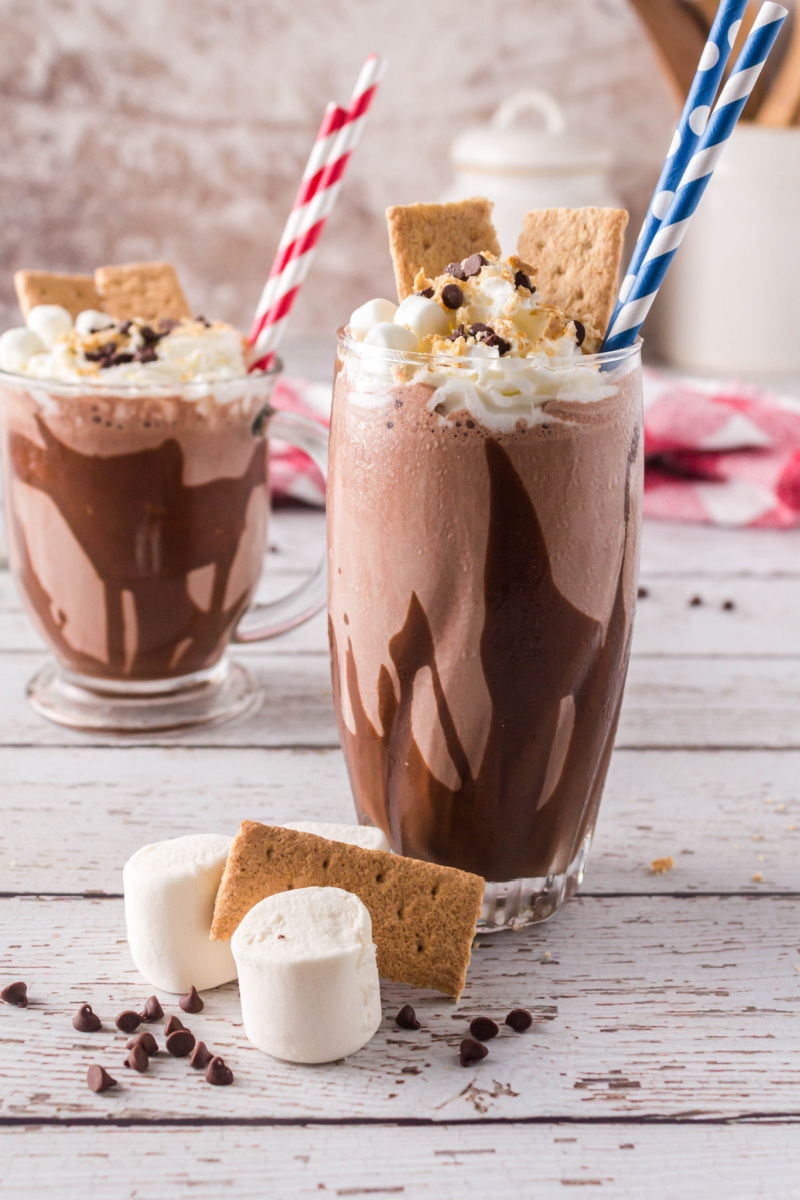 We’ve always been pretty big fans of milkshakes in our house. Shamrock Shakes are made every year around St. Patrick’s Day. And Pumpkin Pie Milkshakes are made in the fall. The great thing about S’Mores Milkshakes is that they aren’t seasonal in any way. You can enjoy making them all year long! 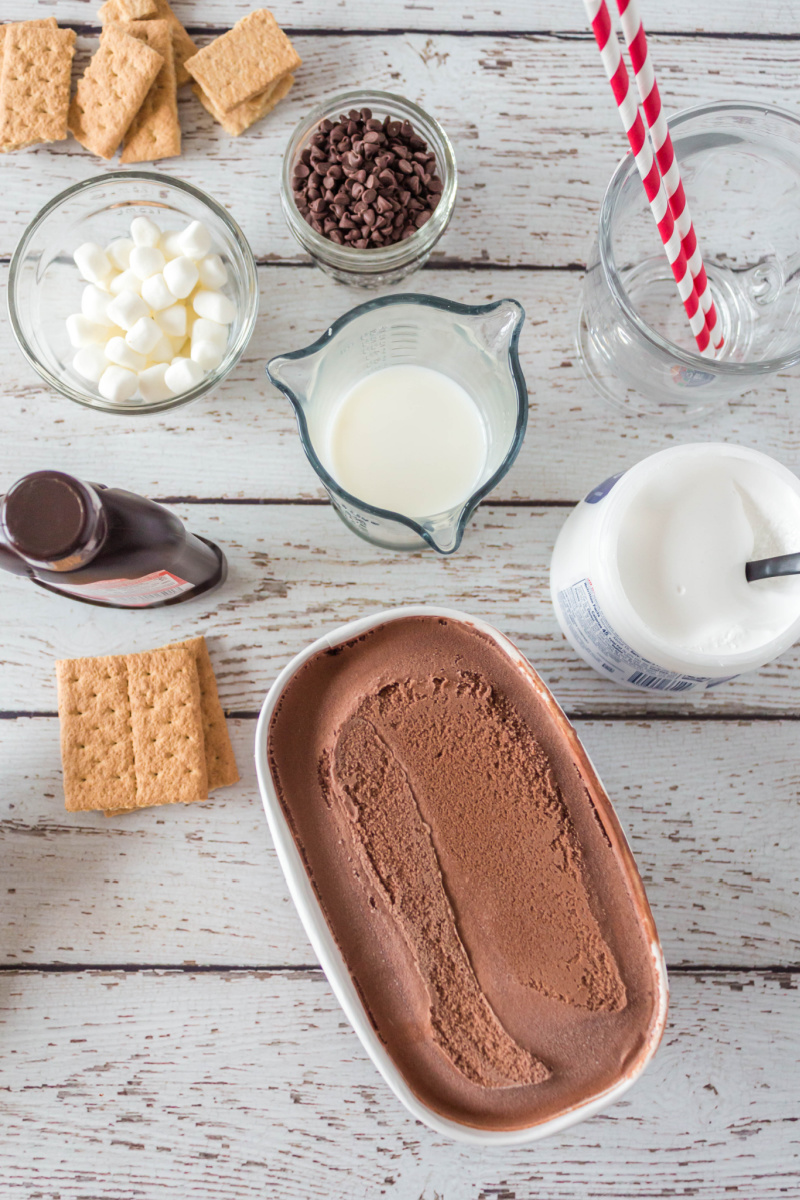 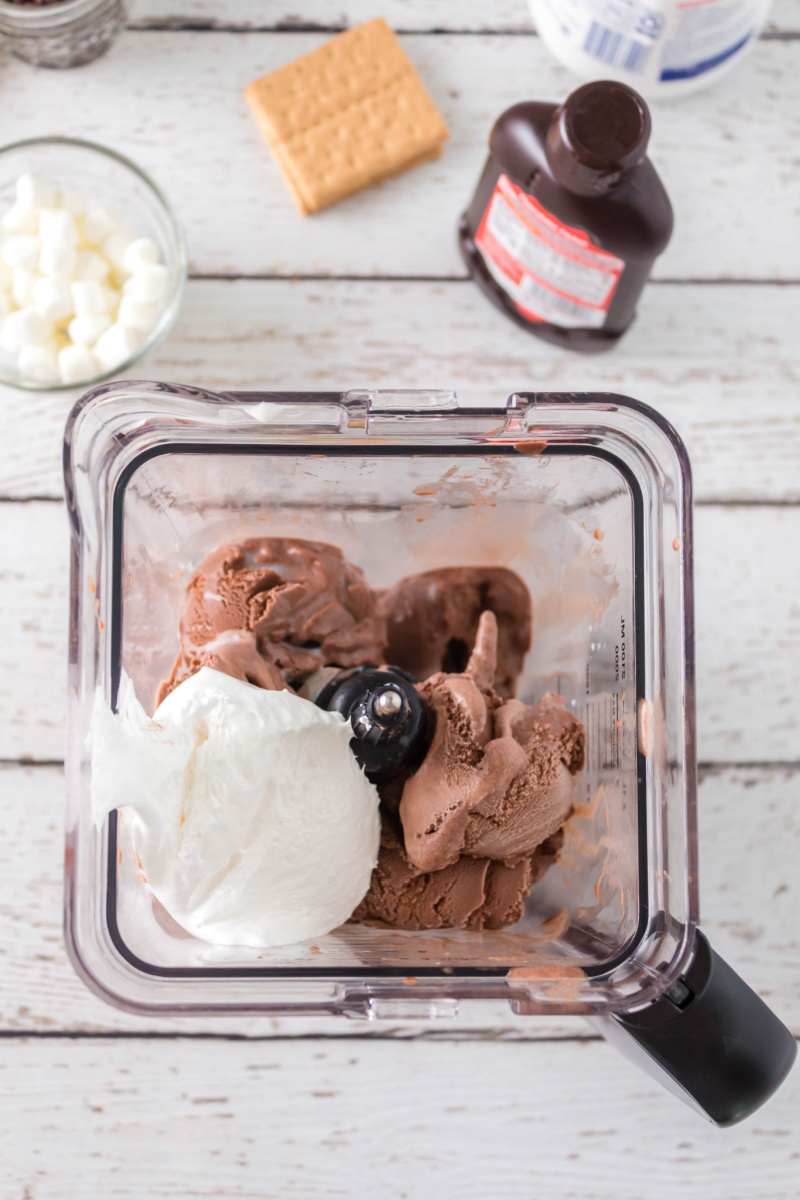 How to make a S’Mores Milkshake:

Grab two tall glasses and pour chocolate syrup down the sides decoratively. Place them in the freezer while you make the shakes.

The base of this awesome milkshake is chocolate ice cream, marshmallow creme and milk. Blend that together, and then divide it up between the two glasses. 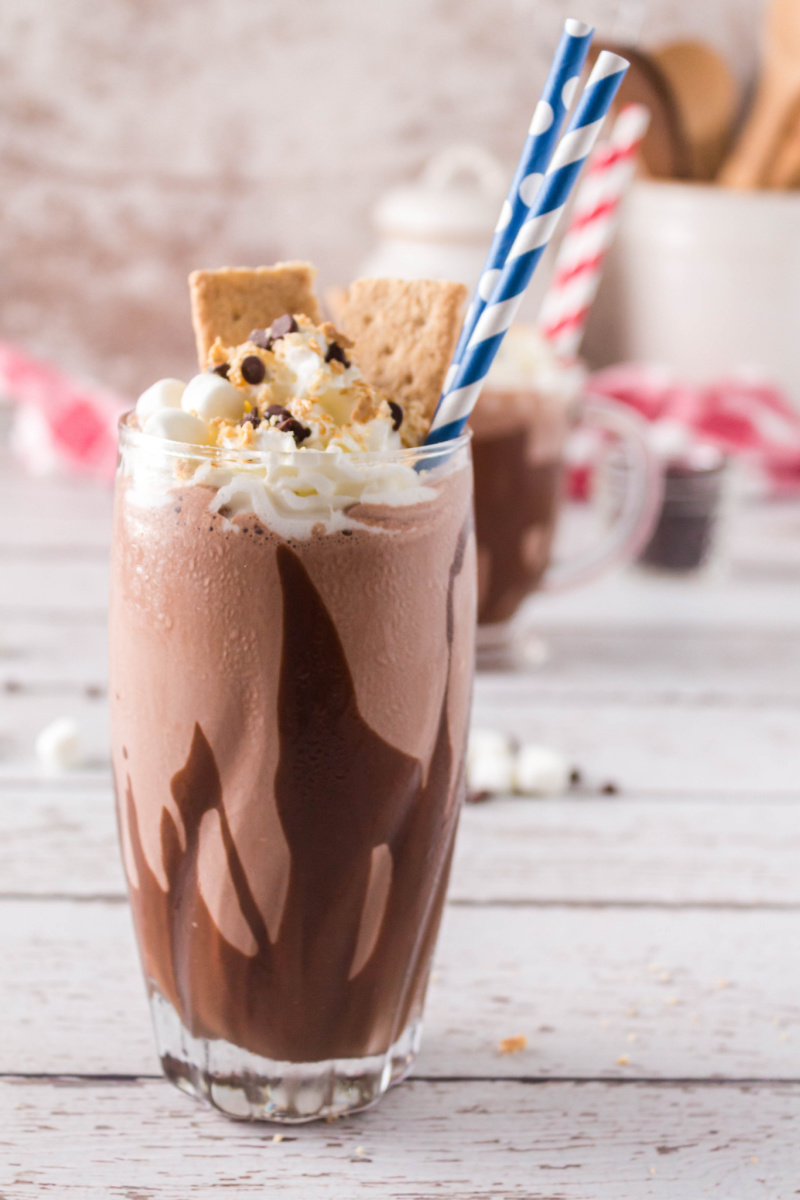 Top your delicious S’Mores shake with whipped cream and graham crackers. If you want to go all-out, garnish it with some mini marshmallows and chocolate chips too. 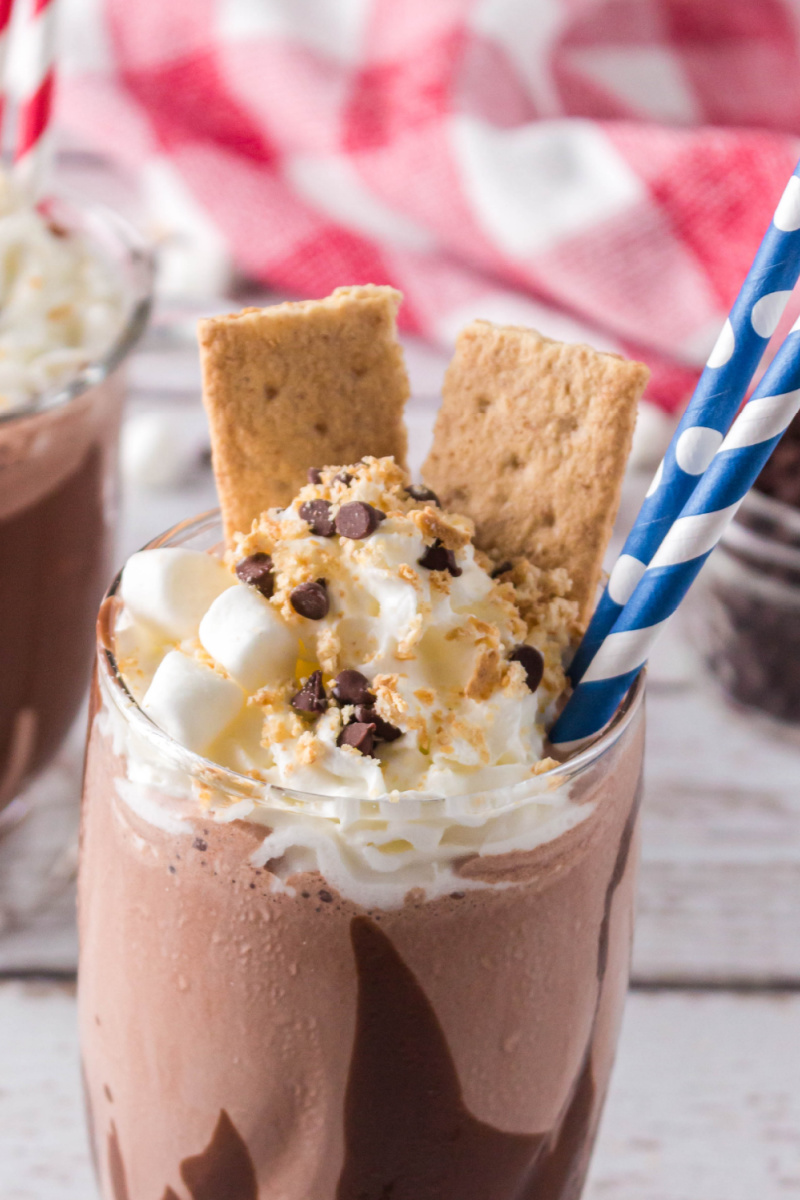 Honestly, these milkshakes are just about the best tasting milkshakes ever. I have a little tip: if you want to make them into S’Mores Malts, add a scoop of malt powder to the blender too. You can find malt powder near the hot chocolate or in the baking aisle of your grocery store. 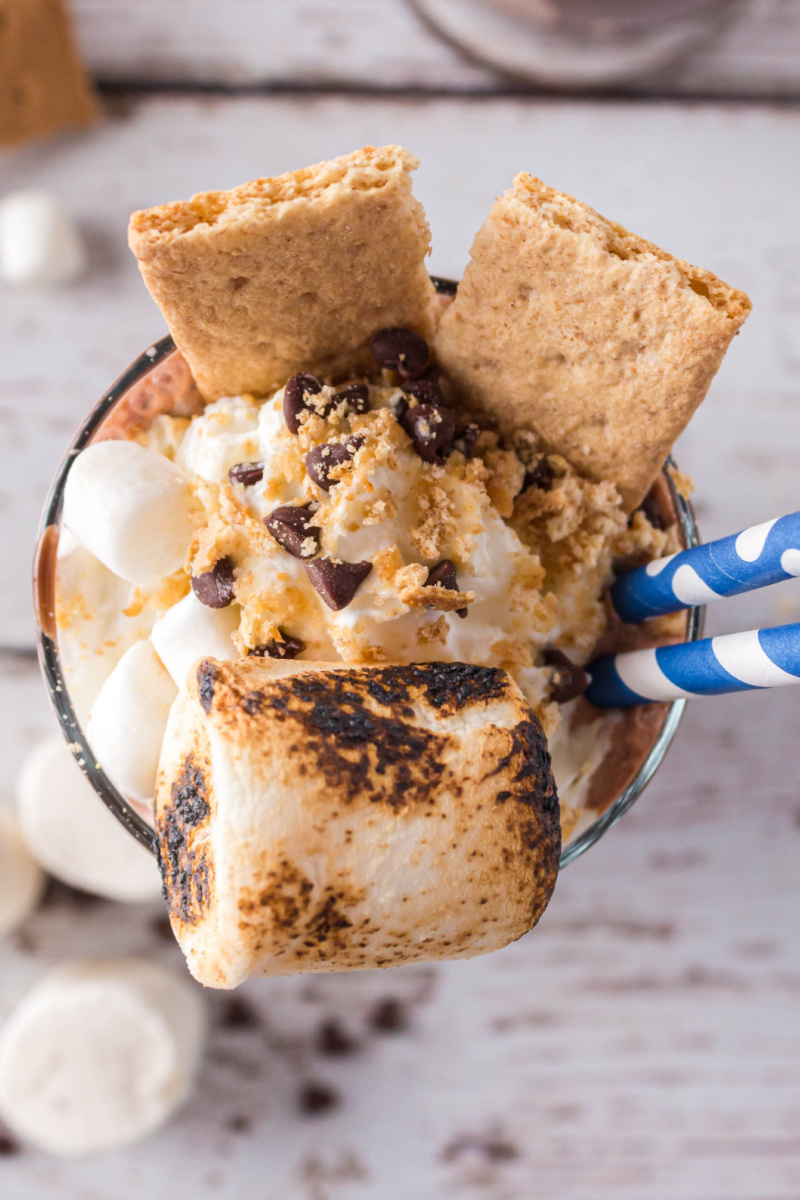 How to Broil Marshmallows:

Preheat the oven broiler. Place marshmallows on a baking sheet that has been sprayed with nonstick spray. Broil until toasted.

Add a broiled marshmallow or two to the tops of your milkshakes. You’ll be glad you took the extra step. Toasted marshmallows are delicious, and of course they add the final component to what makes a good S’Mores milkshake. Enjoy! 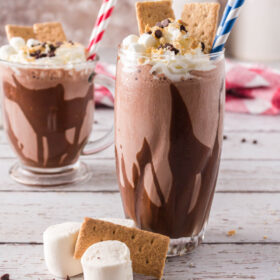