Have you ever craved a rich, chocolatey dessert? They are the best! That’s why I made this Chocolate Pie with Coconut Crust. 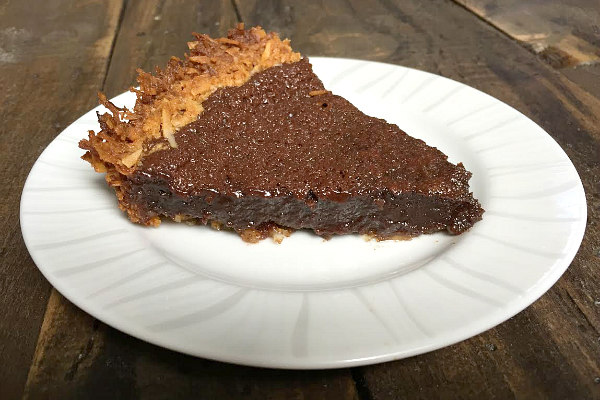 This treat is very rich. But has that ever kept me away? Absolutely not! The coconut balances out the richness a bit, so the chocolate isn’t totally overwhelming. This combination makes for one tasty dessert! 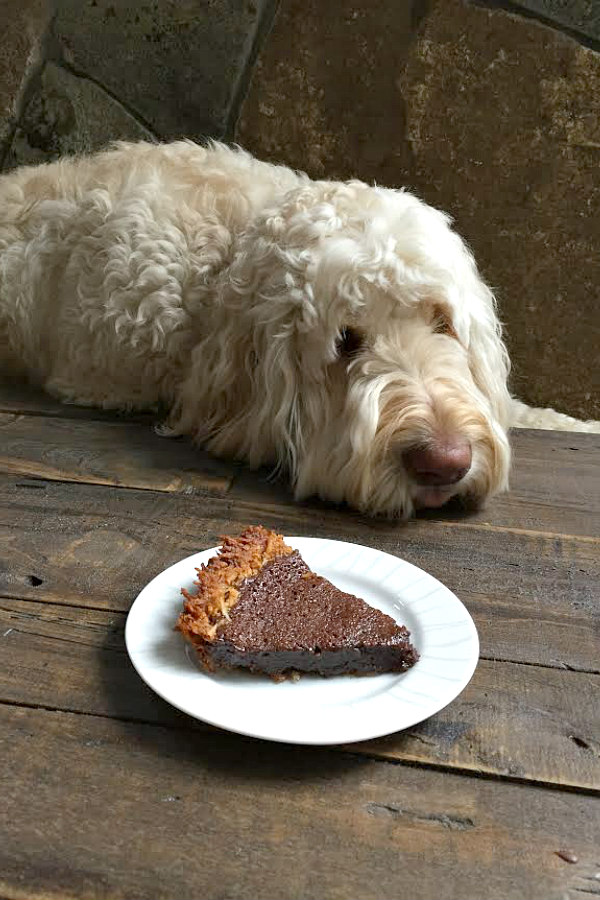 Tessie is hilarious sometimes. She tries so hard to get every piece of food we drop on the floor, but eventually she will just give up. You can still see the longing in her eyes though! 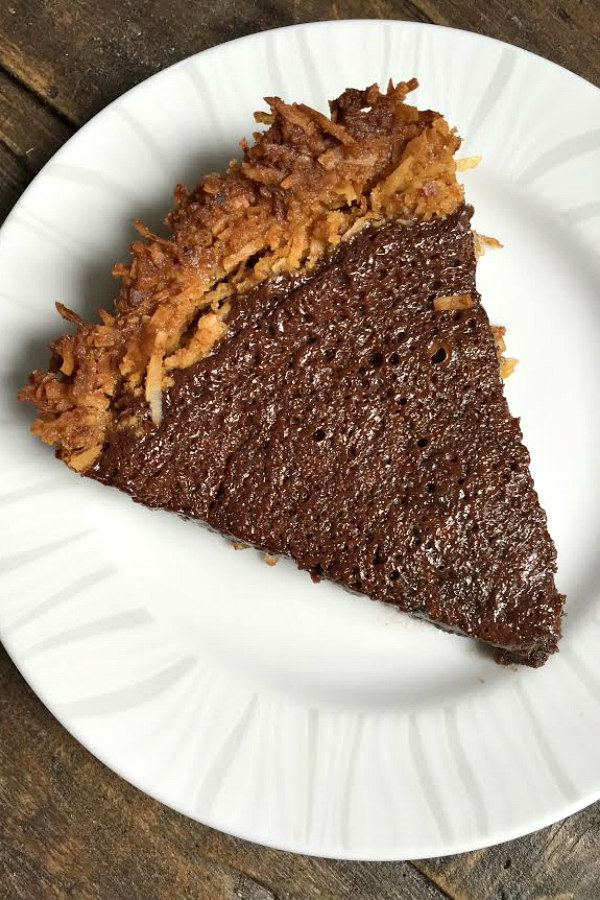 The chocolate pie with coconut crust was superb! But if I had to add one thing, it would be whipped cream. You can never go wrong with whipped cream and chocolate!

This pie suits people of all different ages. It is guaranteed to cure every chocolate craving out there! 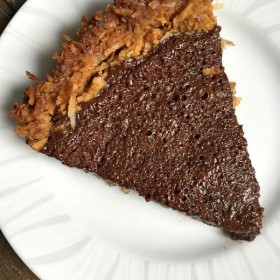 This looks delicious! I will have to make this!! Love your blog!!!!