My Mom’s family is full of crazy 49er fans. My Dad’s family has some diehard Pats fans (including me), but they lost. 🙁 This Super Bowl will come to be known as the Harbaugh Bowl, because the brothers will finally play for the Lombardi Trophy. Go Niners! My two favorite teams in the NFL are the 49ers and the Pats. I’m not jumping on the Niner’s bandwagon, but I am uniting two sides of my family. For the upcoming Super Bowl, I made Peanut Butter Brownie Bites with Ghirardelli Chocolate Chips. Ghirardelli headquarters are in San Fran, so this recipe celebrates my team’s location. Many people think that the Ravens will win no matter what, but don’t underestimate 49er QB Colin Kaepernick! Now let’s get started. 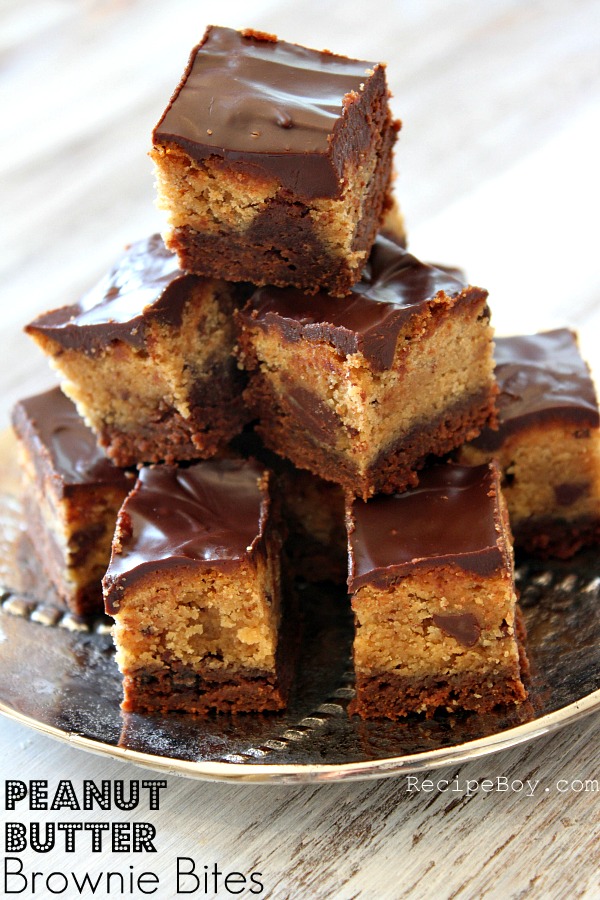 Yum Yum. Good enough for a 49er to eat during halftime. 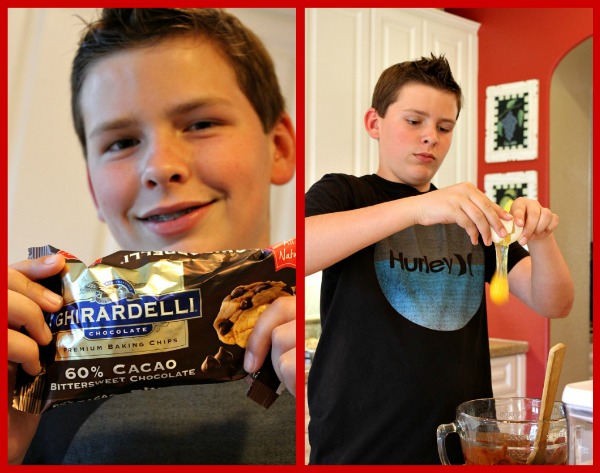 Whoa. That egg picture creeps me out. Is the egg alive or something?! 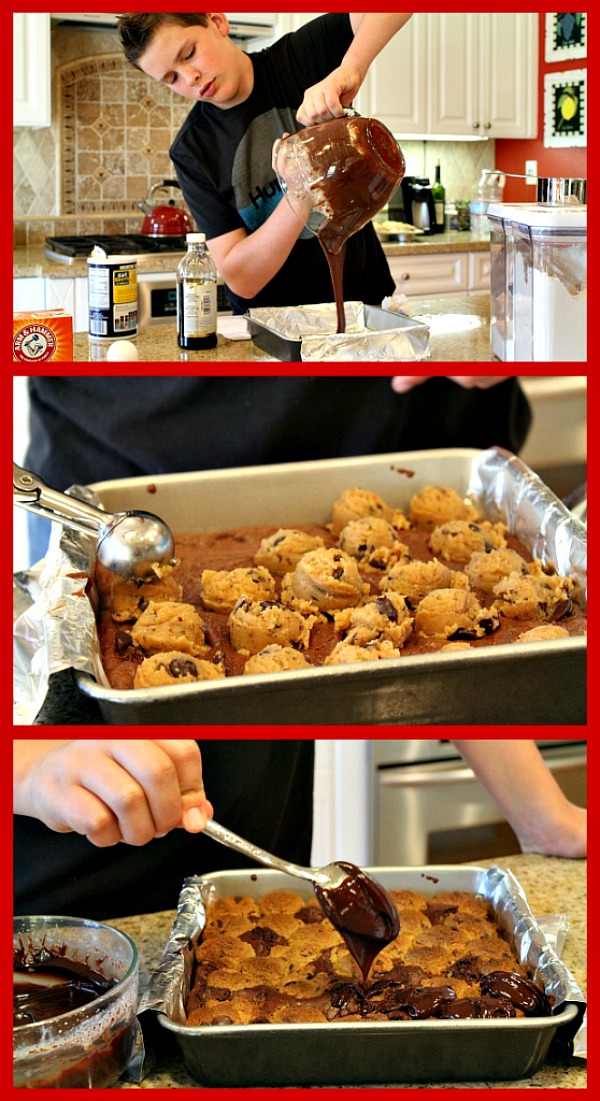 This recipe has three steps to it.  First, you have to bake the brownie layer for 10 minutes.  Then, you have to scoop the peanut butter layer on top of the partially cooked brownies and bake it some more.  Finally, you have to put the chocolate glaze on top! 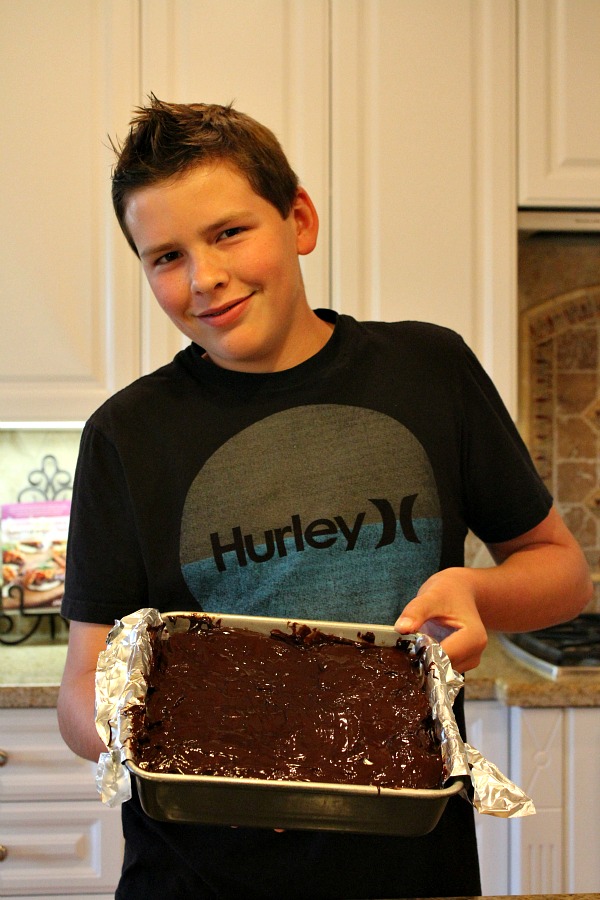 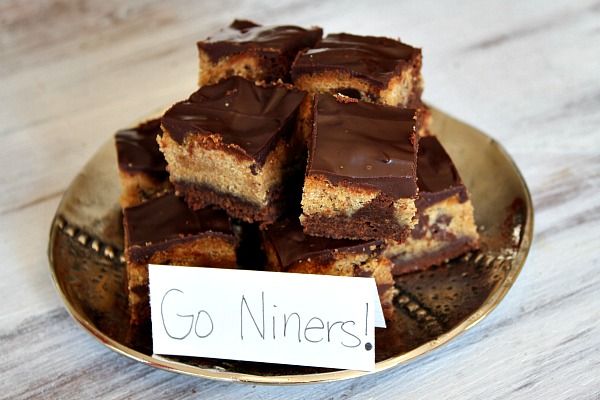 Now thats what I’m talking about! (FYI: These pictures are too good to be mine. I made the the brownies, but my mom took all of the photos in this post.) This recipe is a very yummy dessert for after lunch and dinner. In case you haven’t noticed so far, I favor the 49ers in the Super Bowl. I love this recipe (and the 49ers) and I hope you will too!

And even a kid can make PB Brownie Bites that are good enough for a 49er to eat at halftime of the Super Bowl… Like Me! 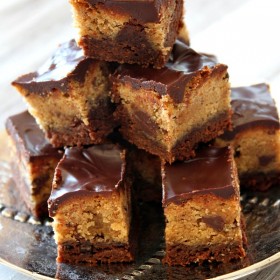 Hi, I am from Ontario Canada and cannot find Ghiradelli chocolate or the chips. Any ideas what I can substitute for this chocolate?? Would love to make these so I look forward to your reply. Thank you so much

Hi, use any chocolate!

you have a great website w/some really great recipes, and I may just be a little prejudiced to you because you have the EXACT same name as my best friend, spelled the same way and we have never met or seen anyone w/the same name before. But besides that, for someone as young as you to be so good in the kitchen and to be able to get the rest of us to WANT to bake or cook, kudos to you kid!!!

These look great! You have some great treats to share and I look forward to trying this out. A couple suggestions for a young baker as yourself.

In my opinion microwaves should be avoided at all costs. Use a double boiler or a bowl over a pot to melt chocolate and whatever else.

And last try to use stoneware pans. You might have to change bake time but well worth it.

I hope these tips are useful. Thanks so much for sharing your recipes. I am very impressed.

@Sonia, I realize your comments are from 2014, but must say I disagree with all three. Microwave ovens are great for many things...including melting butter, peanut butter for recipes, etc. I know of no one who goes to the trouble of using a double boiler these days.

Aluminum foil, in my opinion, does not change the taste of food...and many professional chefs use it for purposes such as noted in this recipe. Parchment paper can also be used.

I wouldn't use stoneware pots and pans if I were gifted a whole set!! (My opinion.)

These look delicious! Is there really no flour in the peanut butter layer? Just peanut butter, sugar, and egg?