Carolina Pulled Pork Sandwiches are the perfect, easy and family-friendly recipe to make for dinner tonight! 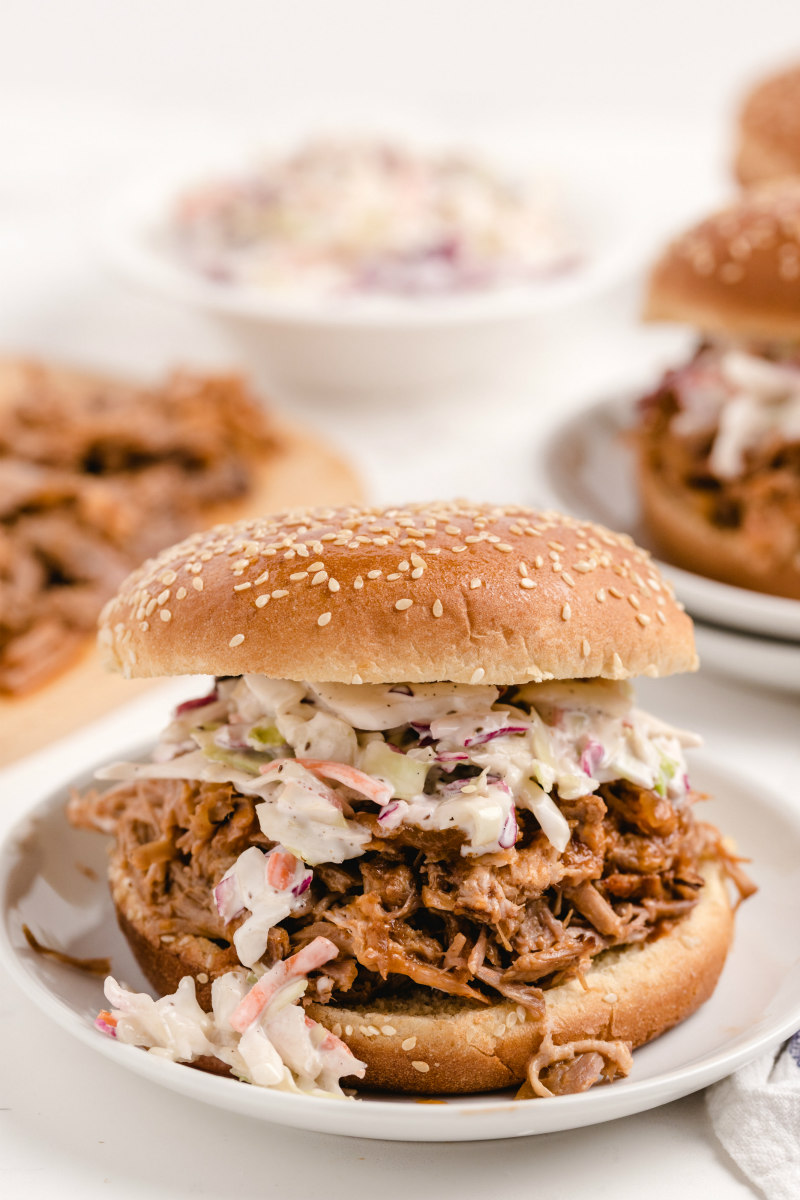 Carolina pulled pork sandwiches are characterized by having a thin, spicy, vinegar-based sauce for the pork. This recipe is made in the slow cooker, so it’s very easy to make. And the sauce combined with the pulled pork and a simple coleslaw makes for a great sandwich! 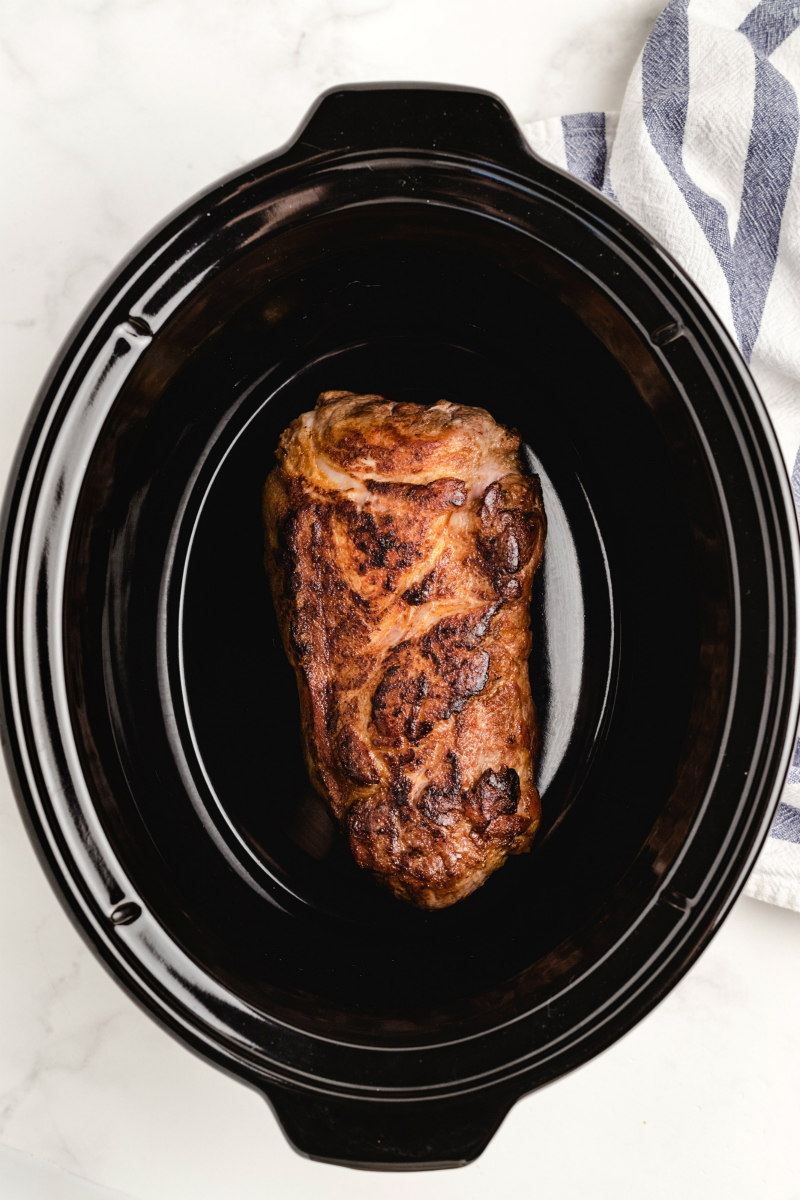 How to make Carolina Pulled Pork:

You’ll begin with a boneless pork shoulder roast. It’s rubbed with seasoned salt and paprika and then seared on all sides in oil until nicely browned. I like to use a cast-iron skillet for this (rather than a nonstick skillet). You can use any kind of seasoned salt like Lawry’s or any other brand. Then you’ll place the seared pork roast in the insert of your slow cooker. 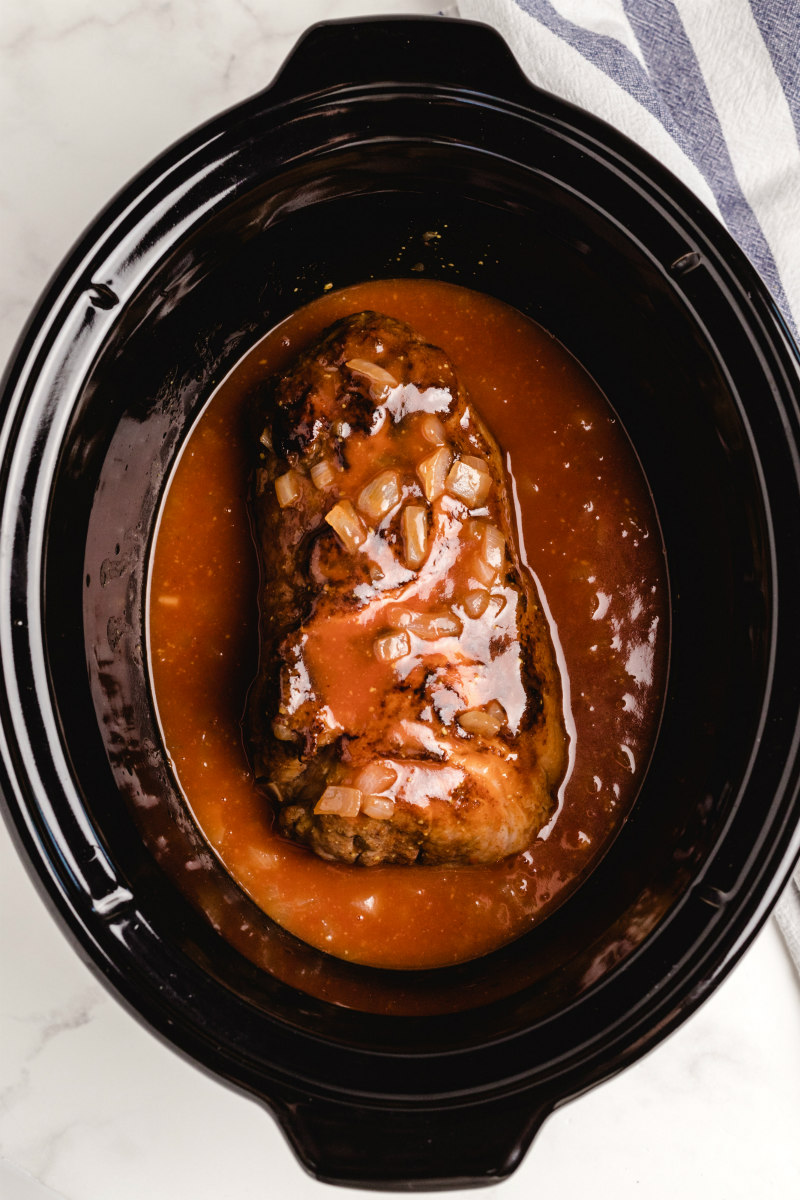 The sauce is cooked on the stove. First, onion is sautéed and then combined with vinegar, ketchup, brown sugar and spicy brown mustard. The sauce is poured over the pork roast, and the slow cooker is set for 8 hours on low. 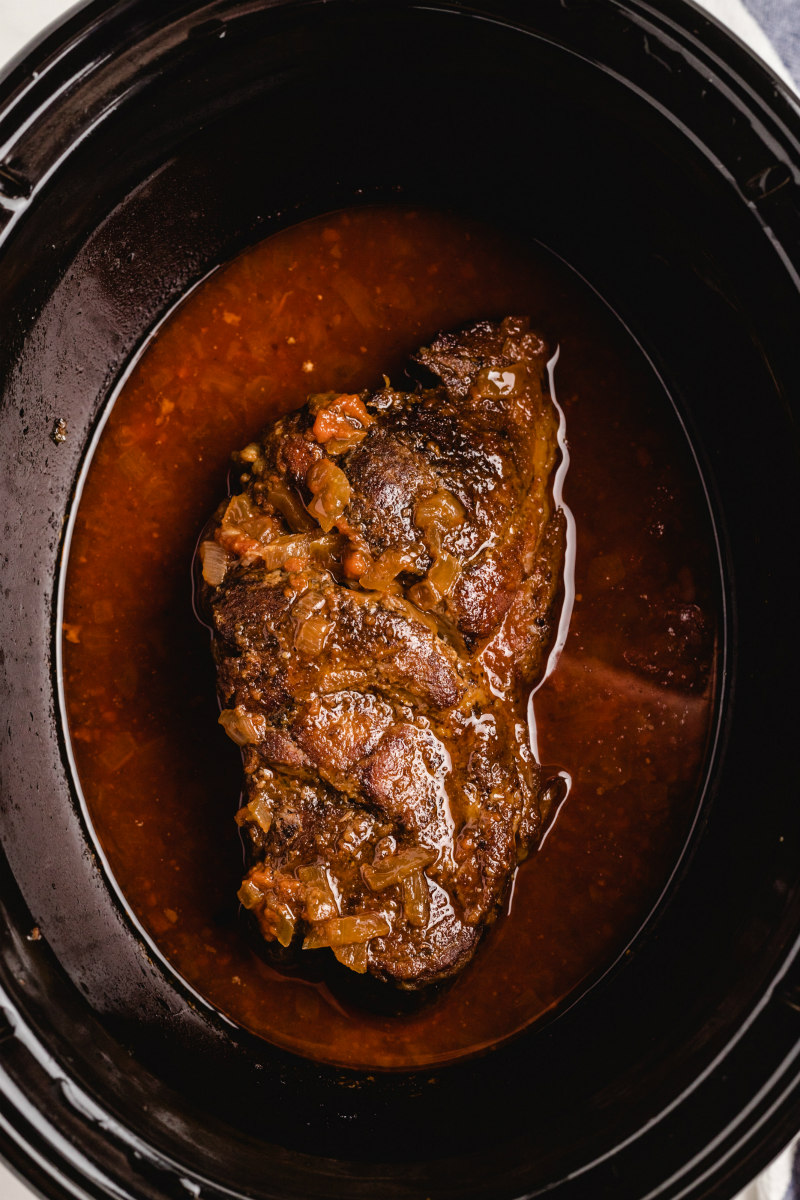 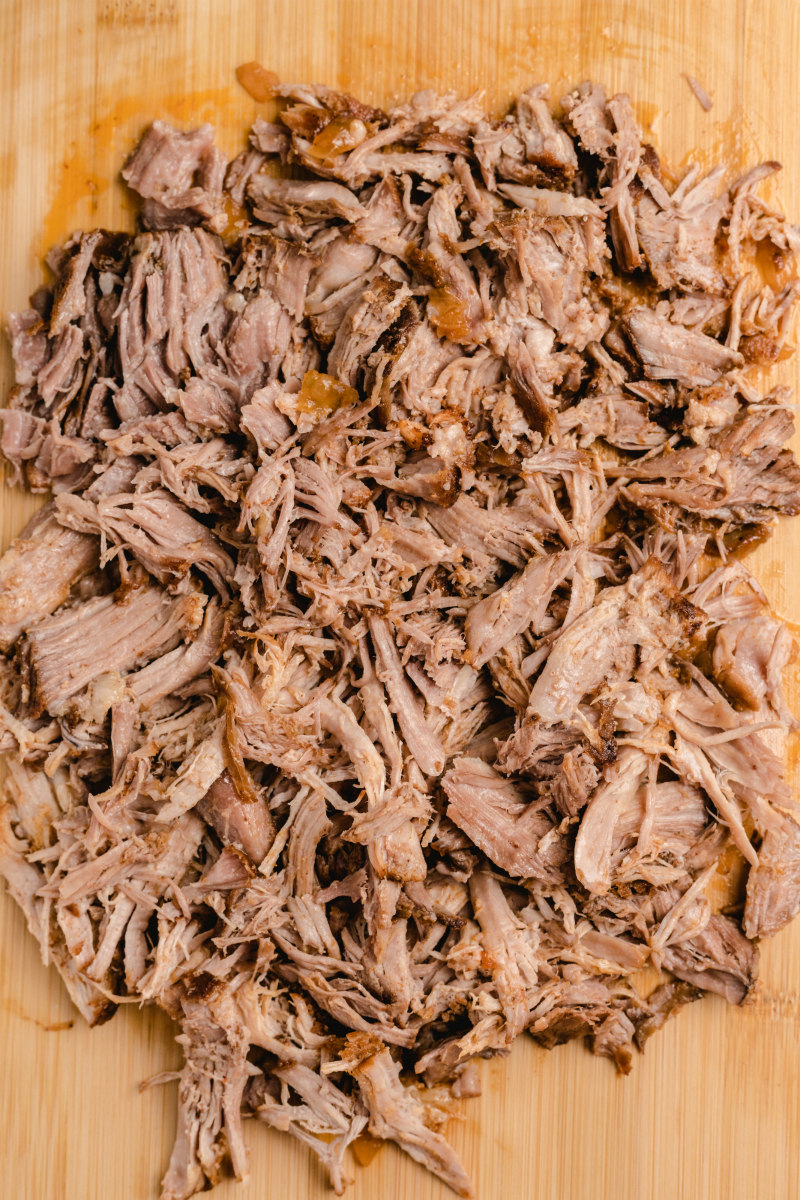 The pork has many hours to cook with that good sauce. After the cooking time is over, the pork roast is removed to a cutting board and shredded using two forks. 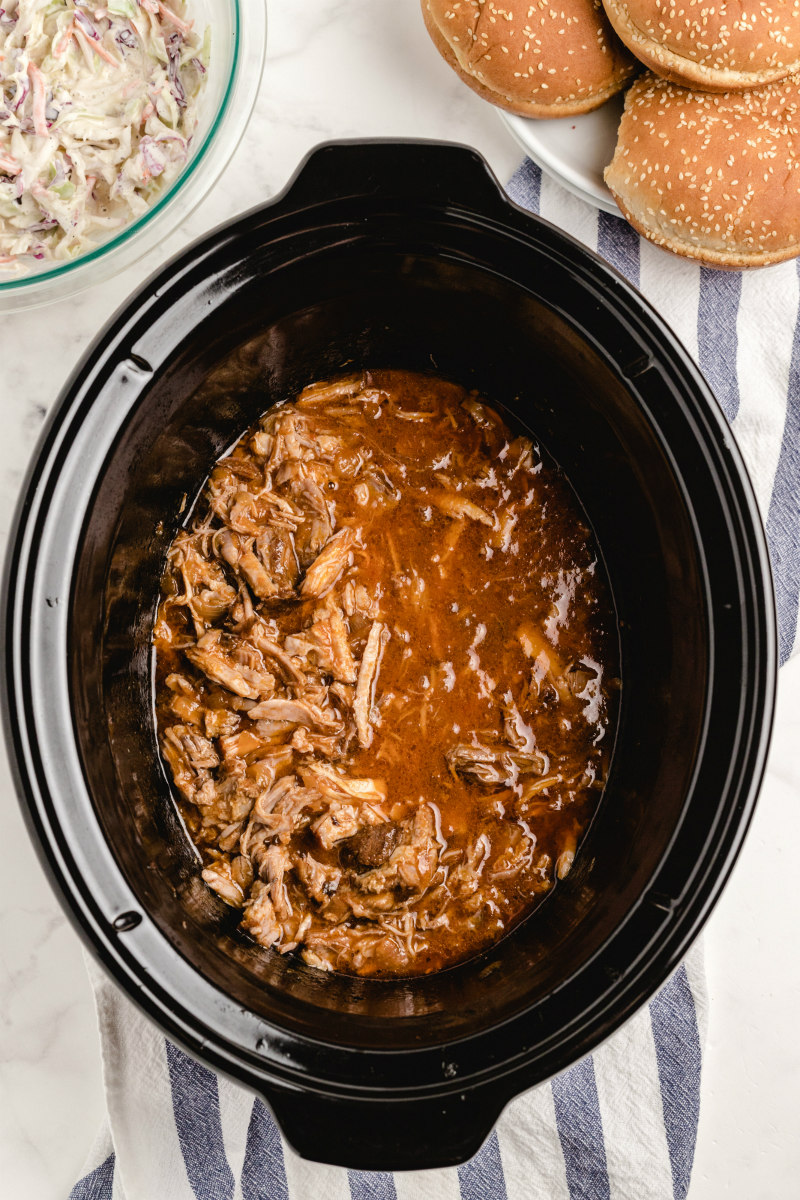 Then the shredded pork is transferred back to the sauce in the slow cooker so all of the shreds can soak up the sauce. Now the pork is ready for assembling your Carolina Pulled Pork Sandwiches. 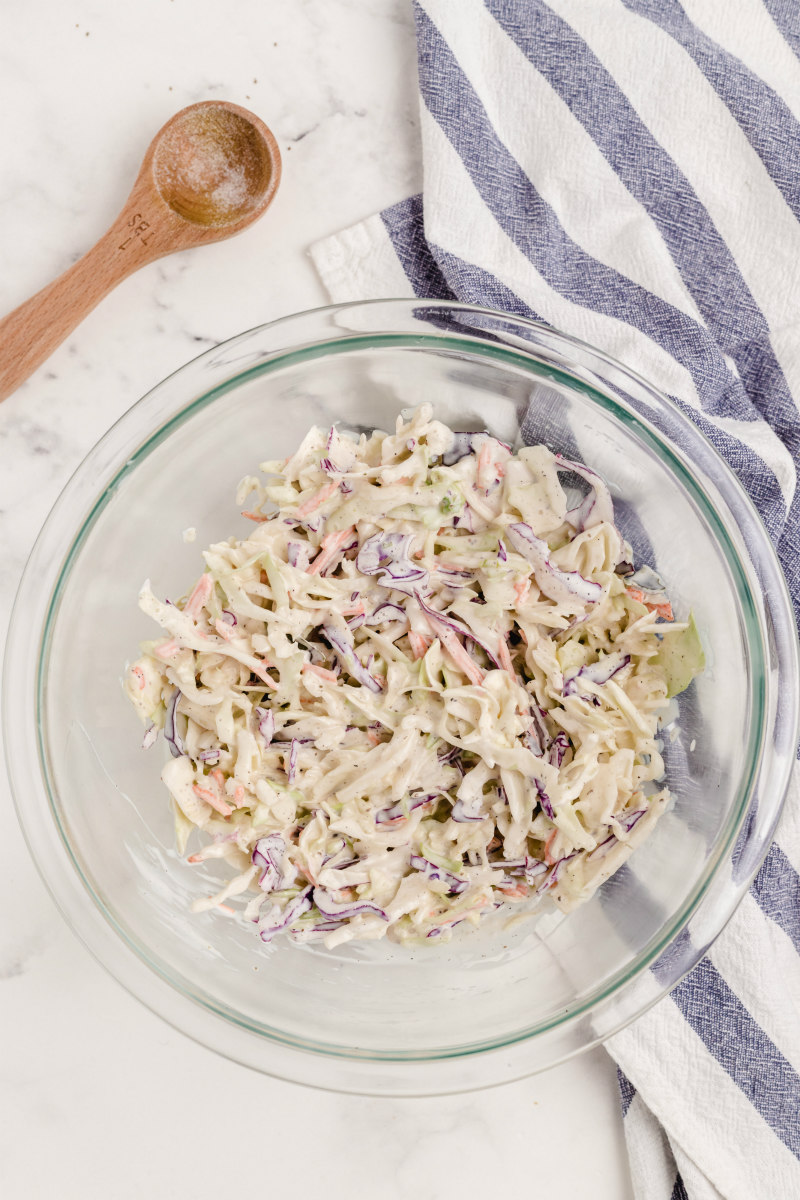 For the coleslaw, you’ll just buy a bag of shredded coleslaw mix and combine it with mayo, cider vinegar, sugar, celery salt and pepper. The coleslaw is going to be added the sandwich too (unless you’d prefer to eat it on the side). 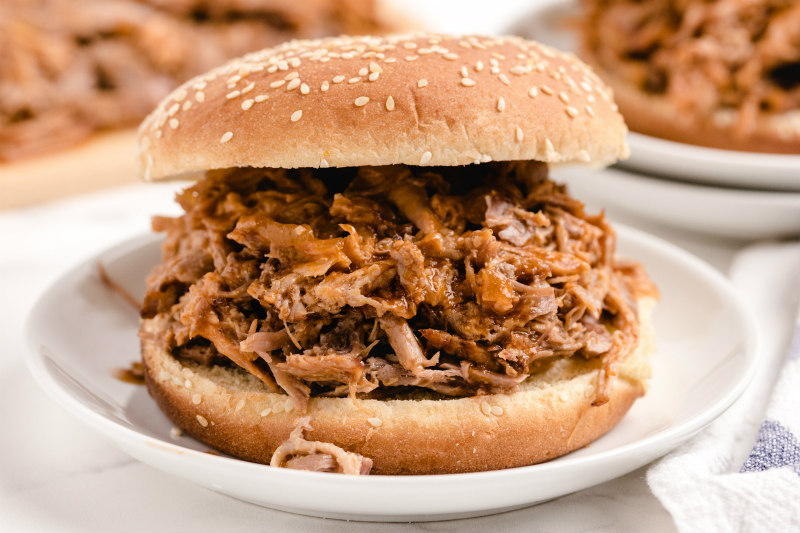 Pile the pork on a sandwich bun. Most kids will want to eat it this way. 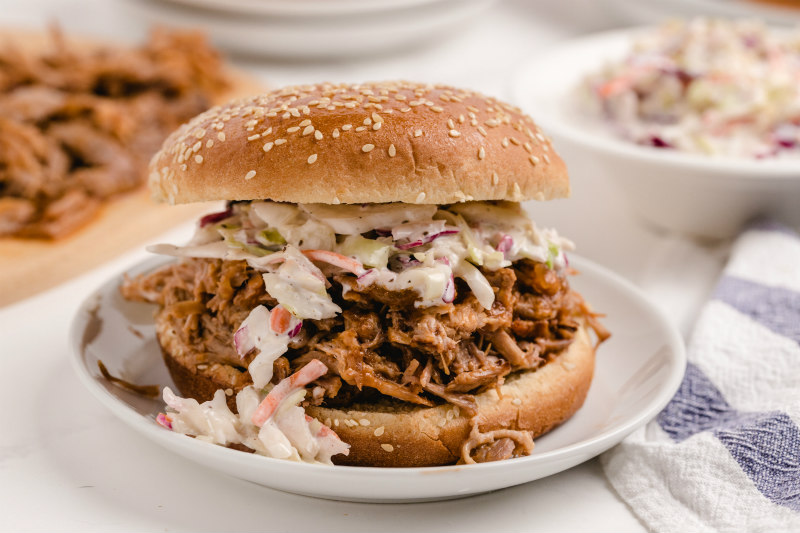 Or add coleslaw (a simple variety that is included in the recipe below) to make it a complete sandwich. That’s how you eat a good Carolina Pulled Pork Sandwich. Try to introduce that to your kids, if they’re willing. If not, then only the adults get to have it this way. Enjoy! 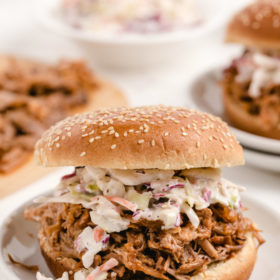 At what point is the cornstarch added? It's in the ingredient list but not mentioned in the directions. Thanks.

Hi Nancy, in the recipe that you can print out, the cornstarch is added in the SERVING instructions.