Football is back! With the return of America’s sport, new gameday food must be made… That’s exactly why I whipped up these Gameday Sliders before the Patriots game last week! (Which they won, of course) 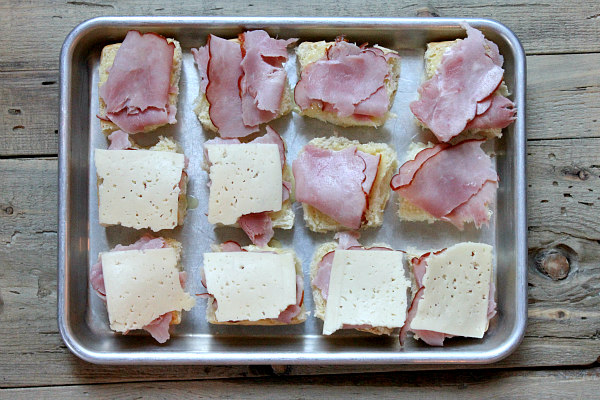 Pile on the meats and cheeses! First up, ham and Havarti (you can use Swiss if you really want them to be Chicken Cordon Bleu style.)  There is a spoonful of honey mustard sauce under all of that meat and cheese too! 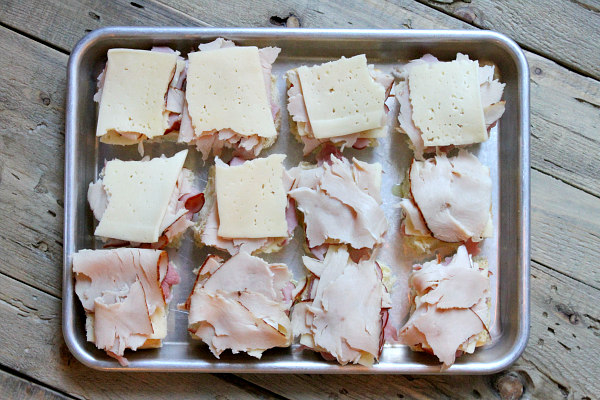 Bring on the chicken! There’s just something we all love about ham, chicken, and cheese together- a fantastic combination. 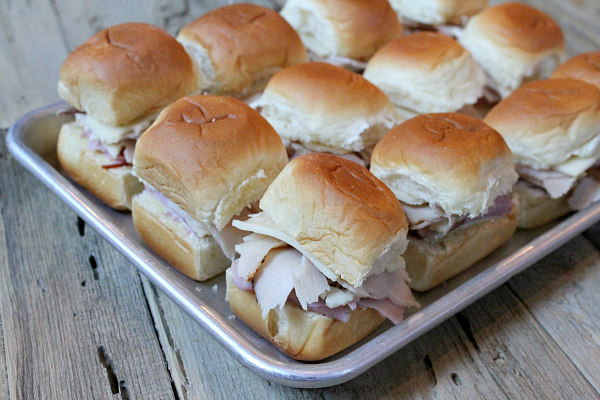 King’s Hawaiian Rolls are still the best on the planet. There’s no denying it. If anything, they’ve gotten BETTER over time!

These Gameday Sliders are a must-make for any football fan. They’re perfect to bring to parties or just feast alone and have some kick-butt leftovers! What can get better than a stack of warm meats and cheeses in a King’s Hawaiian Roll?! The correct answer is “nothing!” 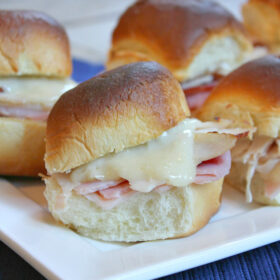 Here are a few more slider recipes you might enjoy:

Disclosure:  There is an Amazon affiliate link in this post for the purchase of the mentioned cookbook.

Just checking your site and I wanted to say these sliders look amazing. They are on my list for the Pats game tomorrow. Brady's back, whoop, whoop!!

I'm thrilled you liked the sliders, Brooks! My oldest son is a Patriots fan as well, so I'll be sure to show him your post. Thanks so much for sharing my cookbook!