Shamrock Shake is a minty milkshake made popular by McDonald’s. It makes an appearance every year as St. Patrick’s Day approaches. We made it more delicious with added chocolate syrup. 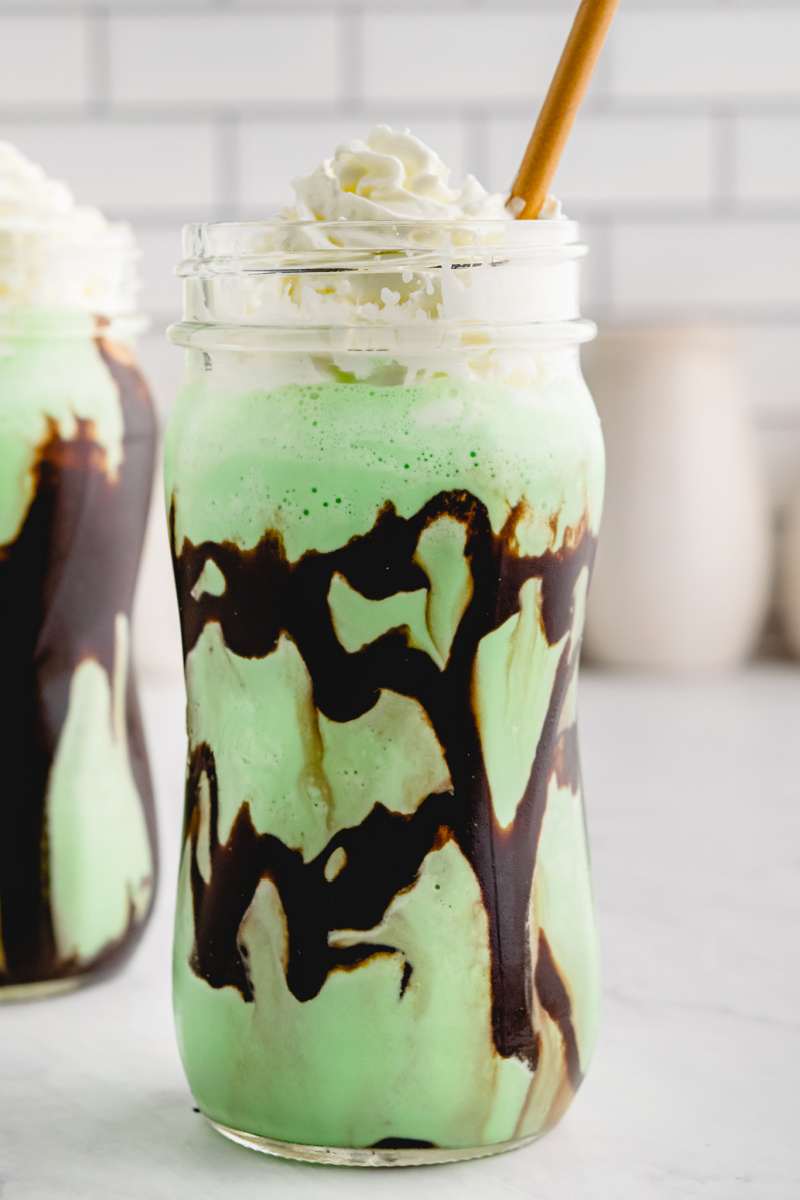 This recipe is a re-post from my son Brooks (RecipeBoy) from 2012– when he was just 10 years old. He started this blog in 2011, so this was one of the first recipes he made in the first year of writing RecipeBoy.com. I updated a few of the photos, and will leave most of his original text following here…

St. Patty’s Day is coming soon on March 17th, so I’m sharing a popular McDonald’s menu item, a Shamrock Shake. You will want to make one of these! My dad you used to drink Shamrock Shakes when he was a kid and that was like centuries ago. And, oddly enough, they still make Shamrock Shakes today! 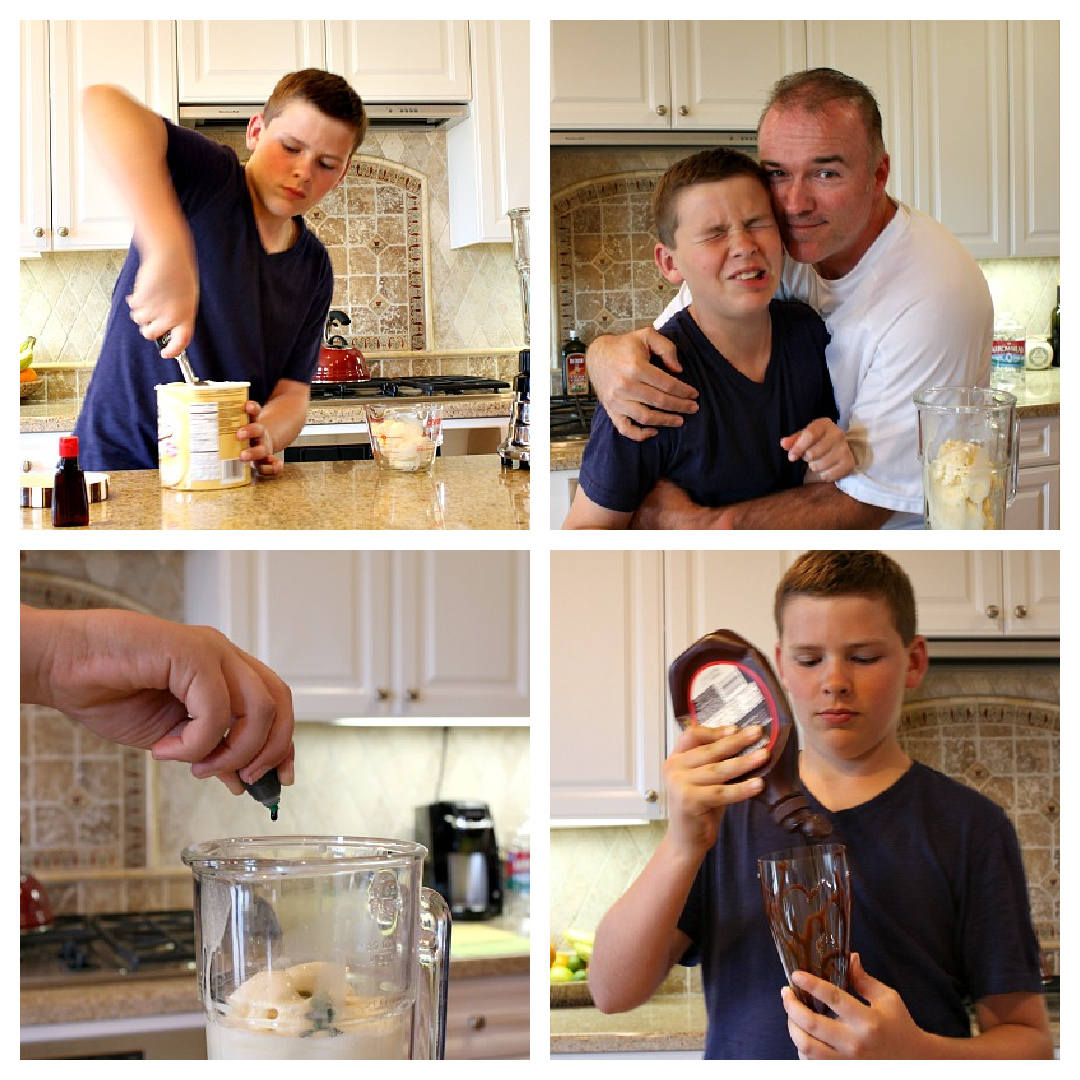 How to make a Shamrock Shake: 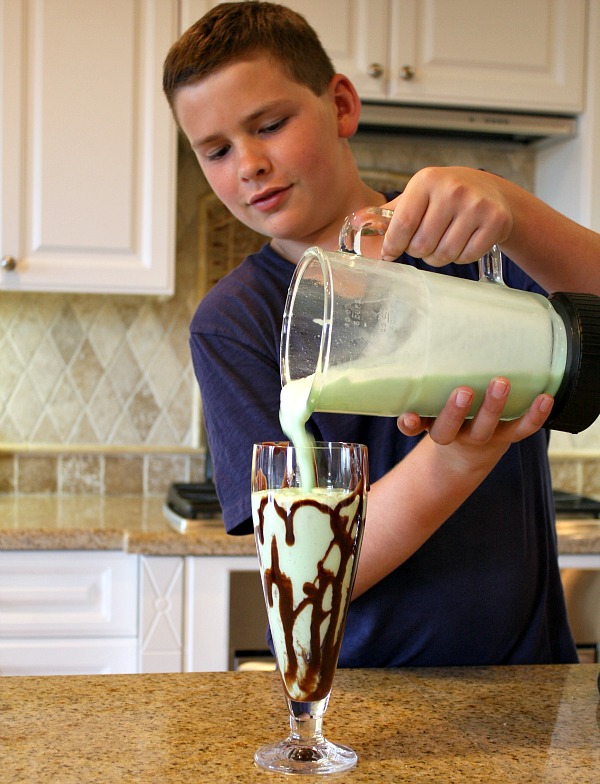 Then you can pour the shake into a glass. This recipe makes 2 shakes. After you have poured the shake in the glass, you may want to add a little more chocolate syrup on top. The veins just aren’t enough for me because I love chocolate and mint together! 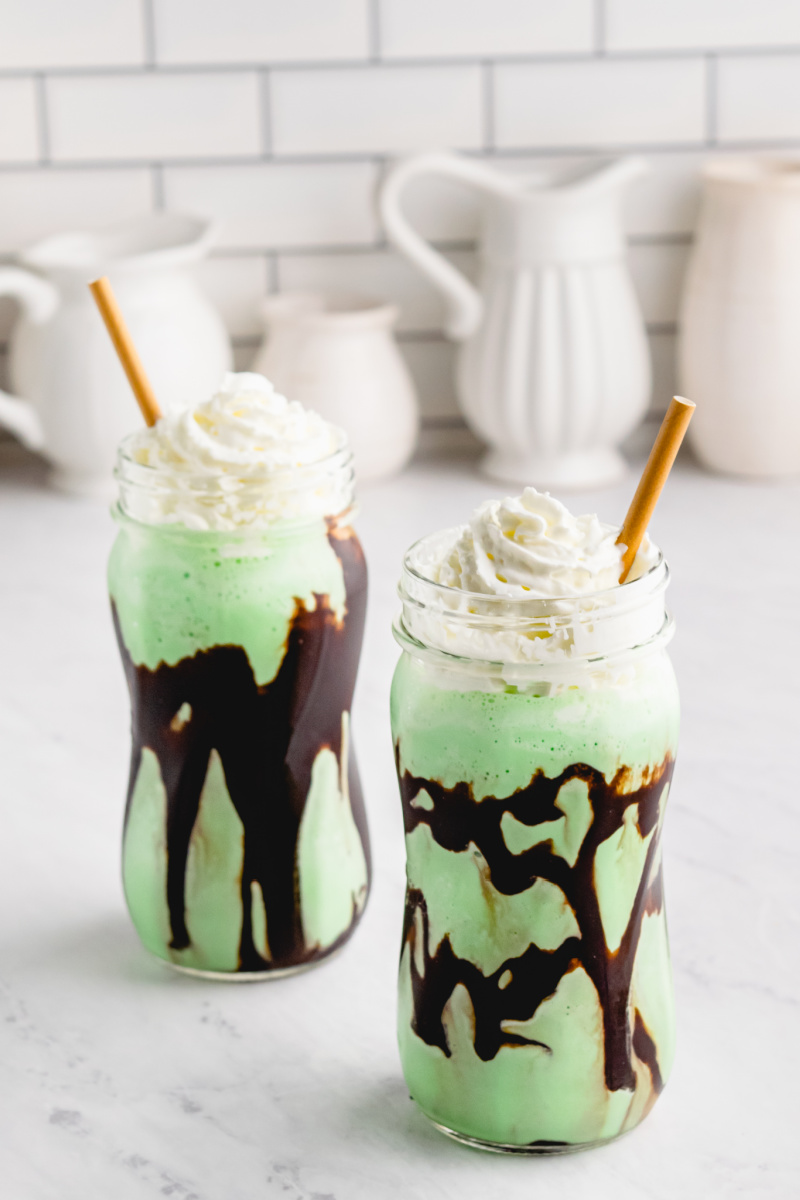 And there they are! 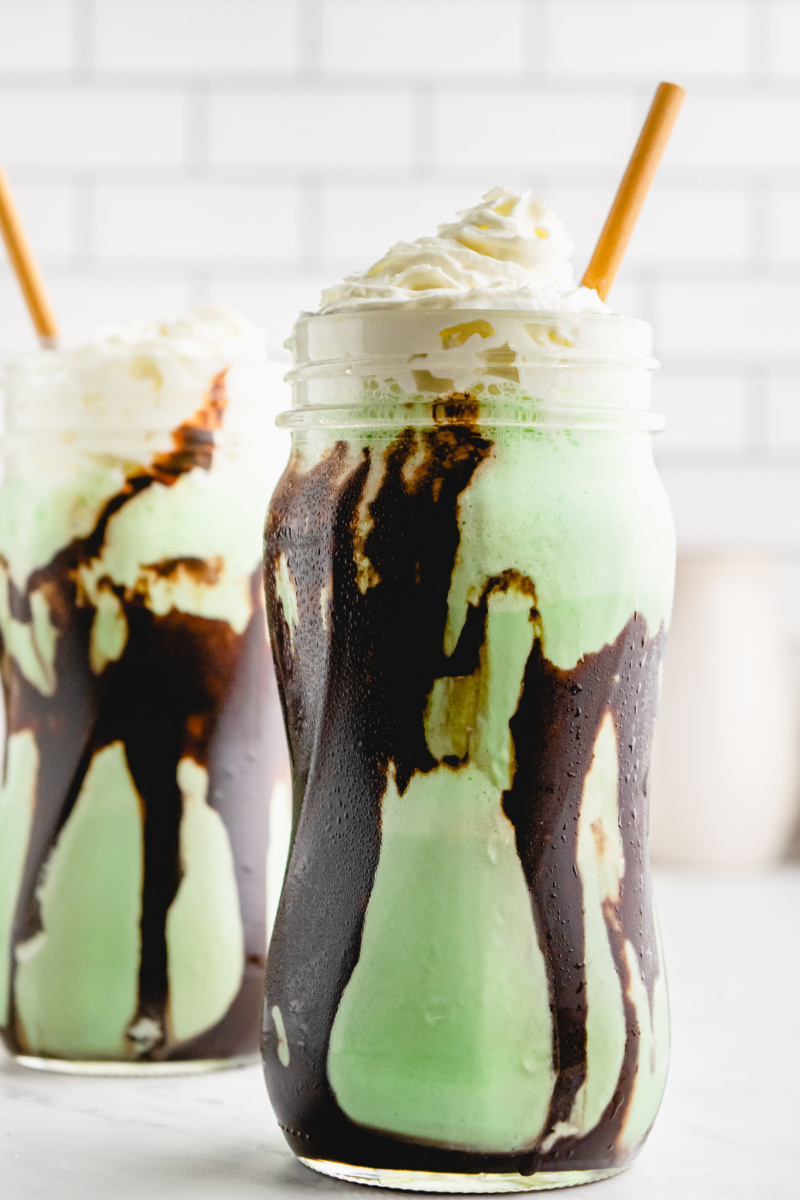 Give your Shamrock Shakes a VERY generous amount of whipped cream on top. 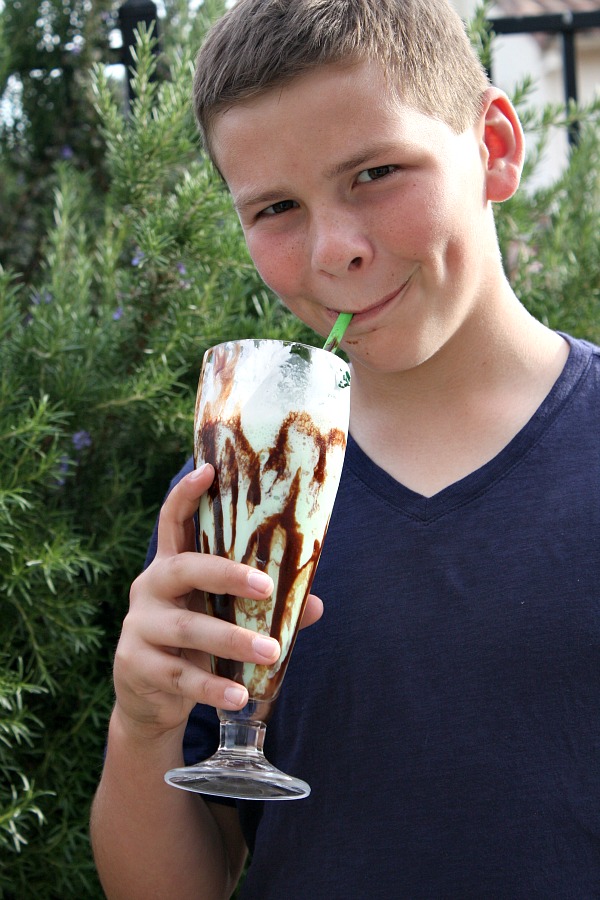 That’s what I call a delicious Shamrock Shake! If you can’t find a McDonald’s near you that serves these, I suggest you make my version of a Shamrock Shake. I take that back now because it should be the other way around: if you can’t find the ingredients for my recipe at the store, use McDonald’s as a LAST resort. Plan to make these for St. Patrick’s Day (along with my Grammy’s Irish Soda Bread), and your kids will love you forever. And as you can see… kids can make these shakes themselves– I’m only 10!

And even a kid can take a chemical-filled shake and turn it into a SUPER DELICIOUS, homemade recipe… Like Me! 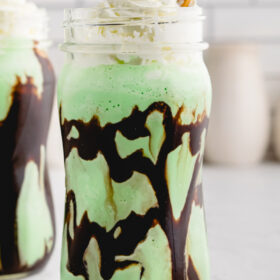 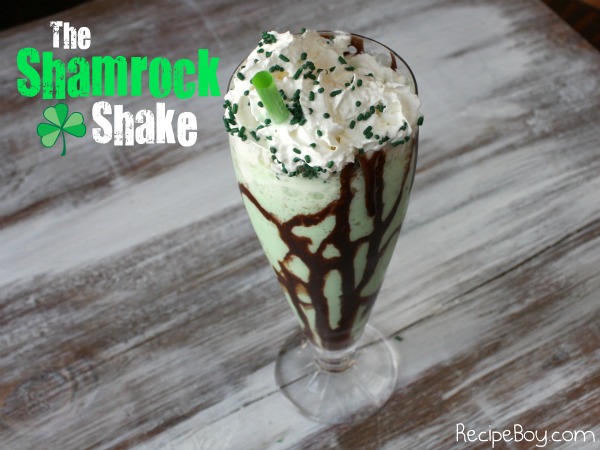 Wow! This looks sooo yummy! My kids are going to be so happy that you published this recipe on your blog. . .were just asking about Shamrock Shakes the other day, actually. :)

Recipe boy! Yes, they do still serve them, in response to your question. THEY ARE SO SO SO GOOD!

I FEATURED this on my blog today! I hope you can stop by! LOVE IT!! http://keepinitthriftyandrea.blogspot.com/2012/03/st-patricks-day-inspired-crafts-and.html