Chicken Fried Chicken topped with white country gravy is a delicious twist on the classic recipe for Southern Chicken Fried Steak. Be sure to watch the video to see how to make this recipe. 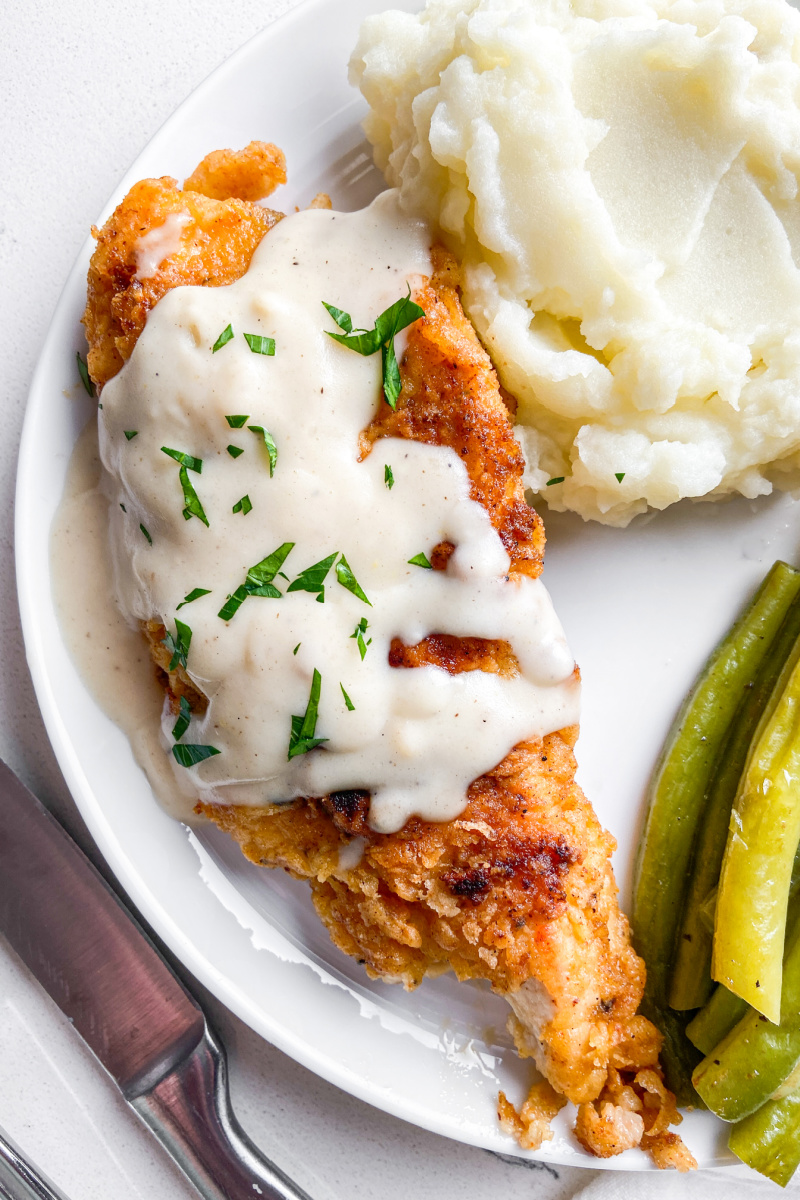 If you’re in the mood for comfort food, you could always make my Parmesan Chicken Tenders or my Chicken Cheese Steak Sandwiches. But today, you should definitely consider trying something different- Chicken Fried Chicken!

What is Chicken Fried Chicken? 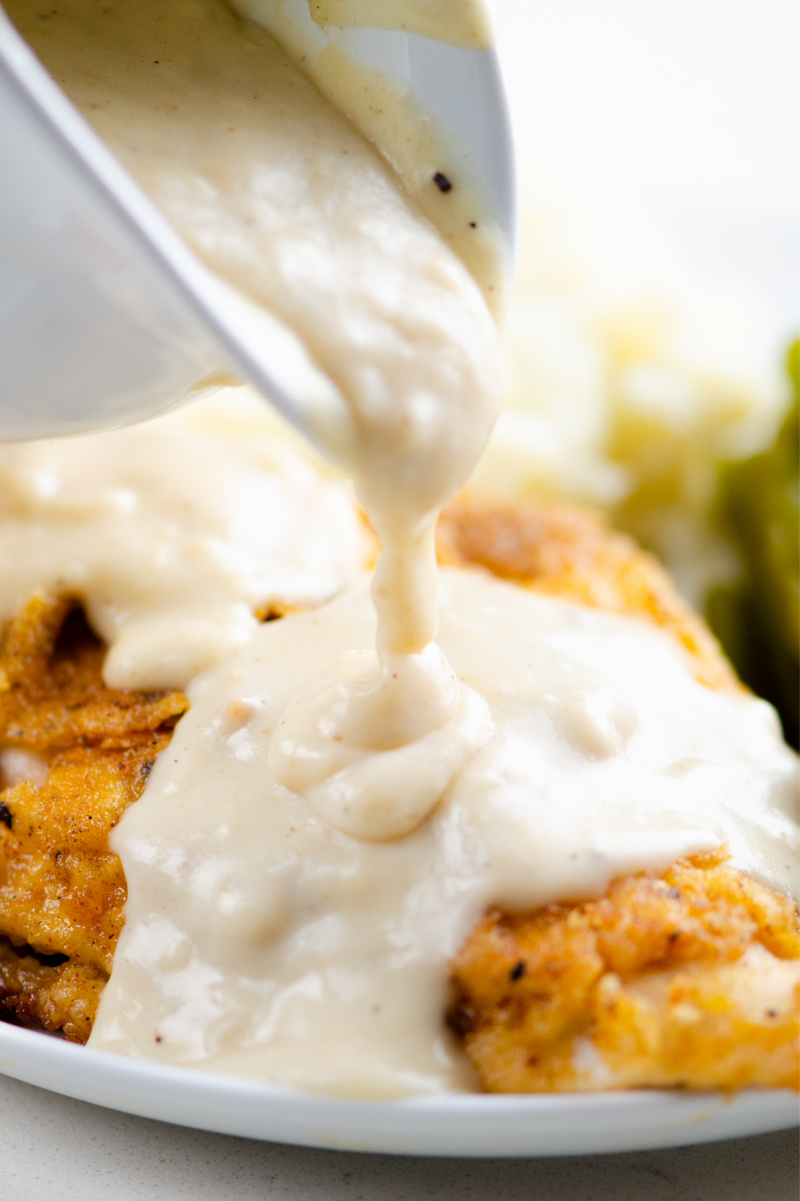 How to make Chicken Fried Chicken:

The first thing to do is batter fry the chicken. If you buy thin chicken cutlets instead of breasts, they will cook more quickly. The chicken is sprinkled with salt and pepper, then dipped in spiced flour, then egg, and then the flour mixture again. Then the chicken is fried in oil and butter until crisp on each side.

The gravy for this recipe is a white country gravy. Butter is melted in a pan with flour whisked into it. Then chicken broth is mixed in and simmered until thickened. Milk and salt/pepper are added in last. You’ll end up with a creamy white gravy. 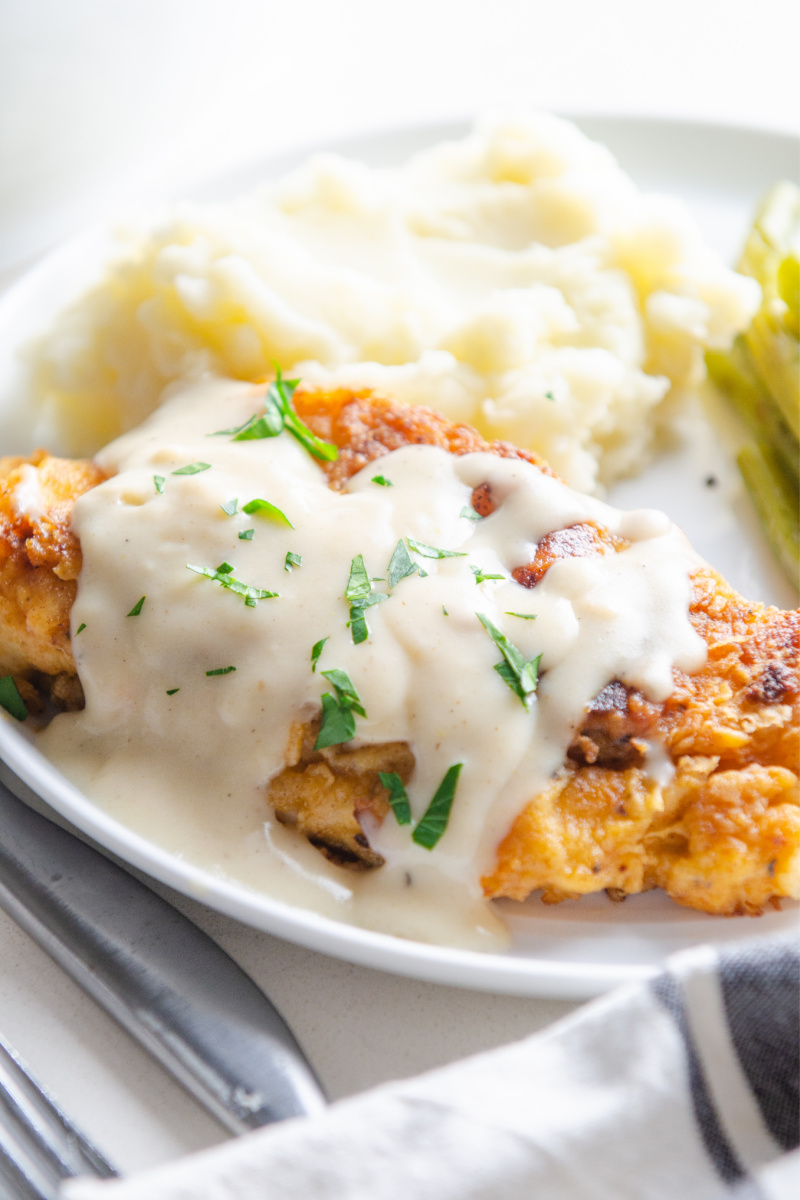 This recipe is so delicious to make for dinner. Most people really love the classic version. It’s one that is popular at a good Southern restaurant. Well, now you can make it at home. And if you prefer chicken over beef then this recipe is for you! If you’re a traditionalist who has always made the classic beef version, then I suggest you give chicken a try. It’s an incredibly tasty twist. 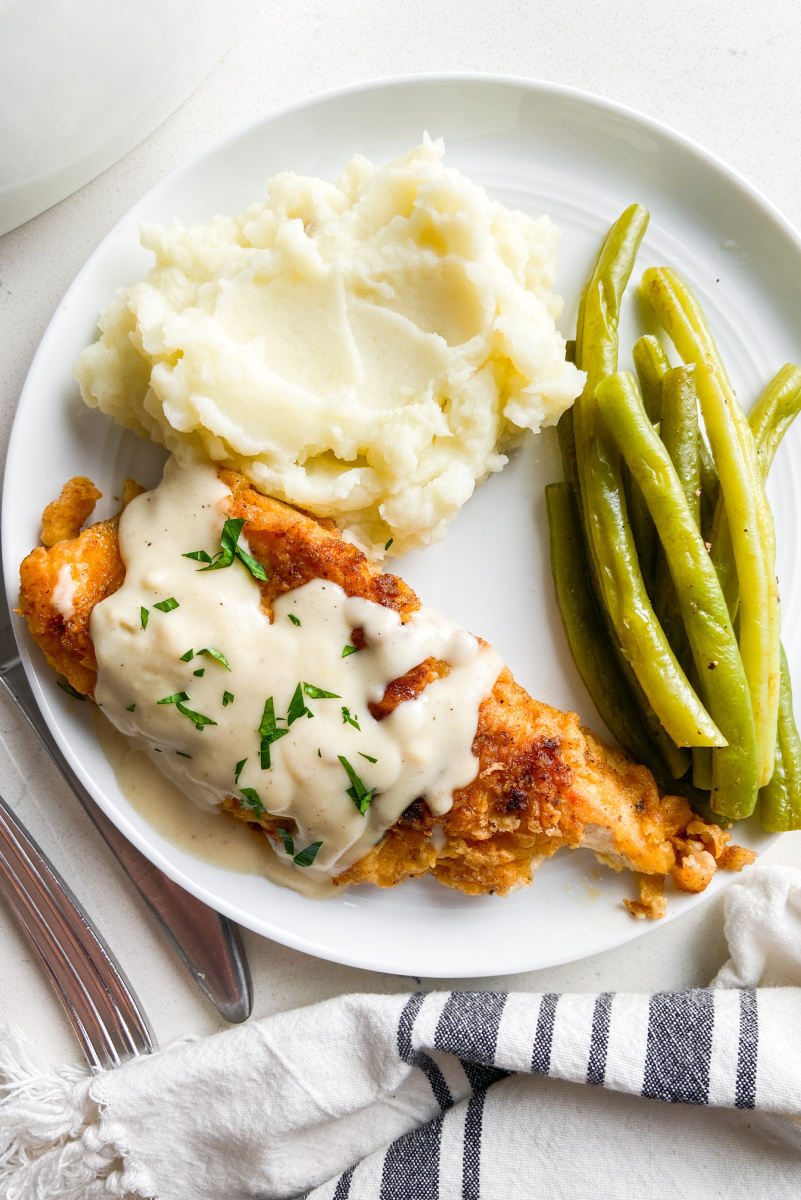 Serve Chicken Fried Chicken with mashed potatoes and green beans. That would be a good combination. Whip up some collard greens if you’re looking to craft a southern-type meal.

The chicken in this recipe should turn out to be juicy and flavorful. It will have a crispy coating on the outside. And it’s topped with a simple and flavorful white country gravy. It’s the perfect comfort food to make for dinner! 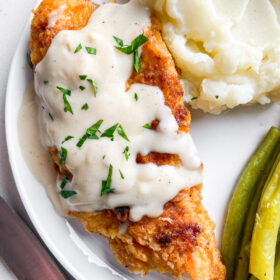 Looks delicious! Have you tried doing this chicken in an air fryer?

We have not tried that, but it's a good idea!