My 100% Irish Grammy has been making her outstanding Irish Soda Bread for me for years! Now I am finally able to share this recipe with you guys for St. Patrick’s Day. There are a lot of people in the world with Irish roots. St. Patrick’s Day brings the luck of the Irish to everyone. Wear green, or your day won’t be very lucky considering that you will be covered with red spots from where people pinch you. This Irish Soda Bread brings out the luck of the Irish in everyone! Even if you’re not Irish! 🙂 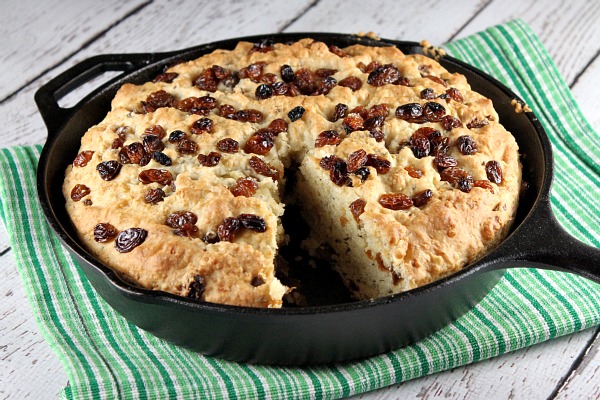 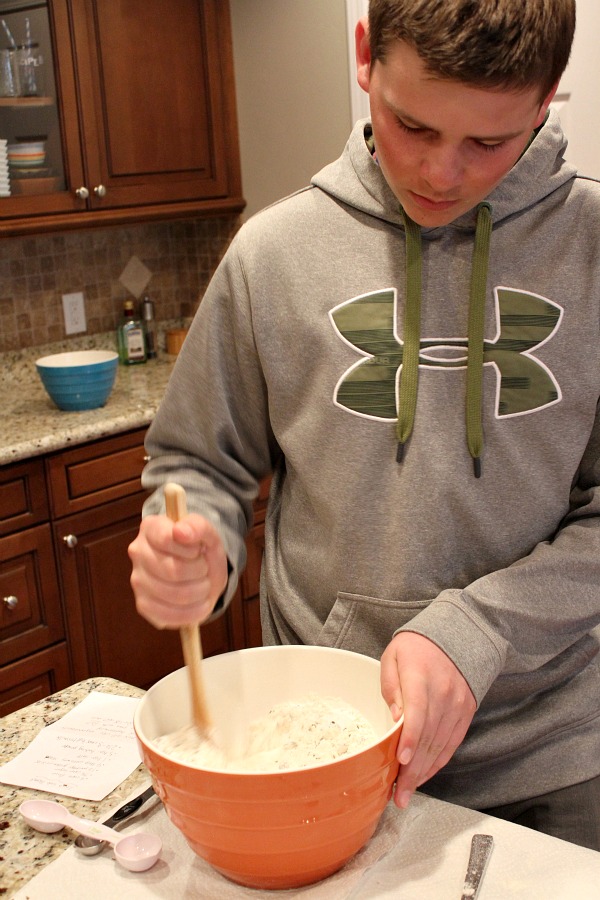 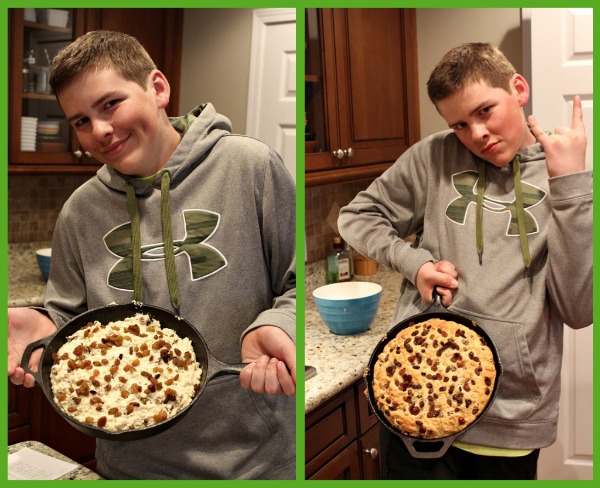 I baked the Irish Soda Bread just right. I took it out when it was a perfect golden color on top. It wasn’t too dry, but wasn’t super moist either. The golden raisins were starting to burn on the top during baking, so I covered the top of the bread with foil for a while. 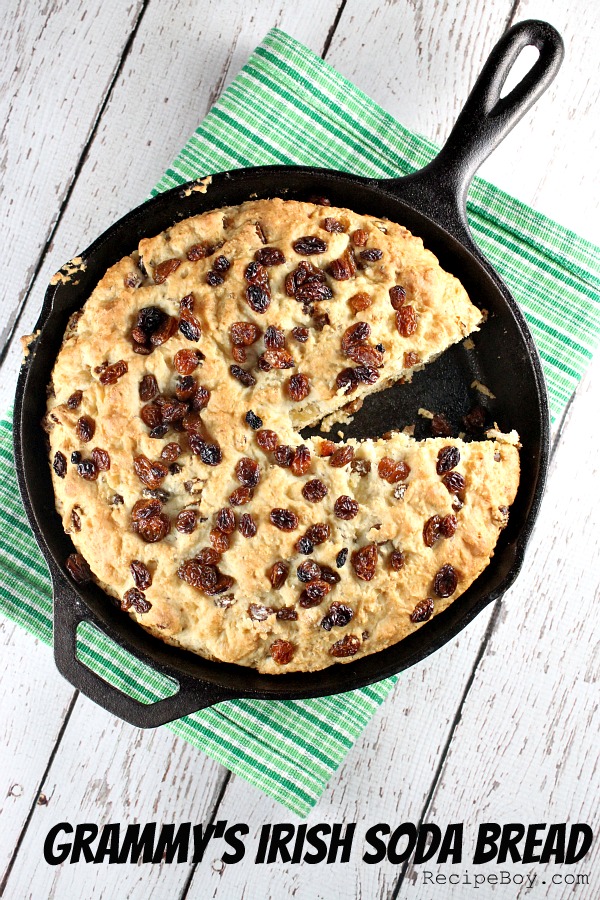 I know for sure that my Grammy’s Irish Soda Bread is good, but how does my version compare to it? I modified her recipe just a little bit.  I thought that my bread was more moist than hers, but everyone likes a different style. My Grammy usually adds more caraway seeds and baking powder than I do, so that could have changed the taste and texture of the Irish Soda Bread a little bit. 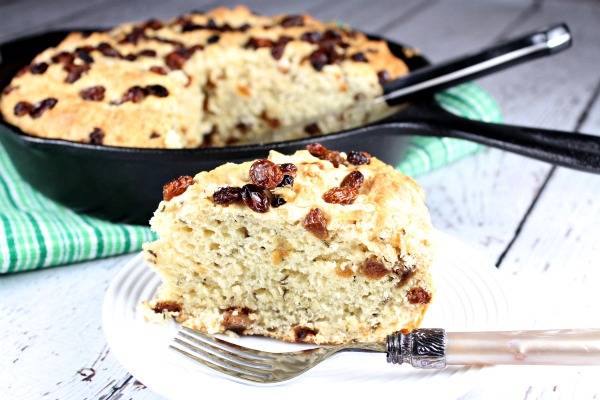 I messed up on the lighting in this photo. I forgot to set the brightness on the camera to the correct level for this shot, and it turned out really bright.  Anyways… this Irish Soda Bread was the bomb.com! Next time I won’t burn the golden raisins. They taste much better unburned. 🙂 I would definitely make this recipe for your kids to try. It’s a piece of my Irish roots that I can share with the world.

And even a kid can make his Grammy’s famous recipe… Like Me! 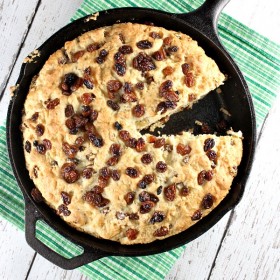 Happy St. Patty's Day! I have been making your Grammy's Irish Soda Bread Recipe for the past three years. I don't know anyone who has tasted it that doesn't like it. Thanks

That's so fun to hear, thank you!

I love any excuse to use my skillet! I think it makes everything taste better! Can't wait to try this out!

Your Grammy must be so proud. Your bread looks lovely. Annamaria

I don't have a cast iron pan. What else can I bake it in? Temp? How long?

This is my mother in law's recipe too.........but I love that you baked it in a cast iron skillet! Going to make my loaf right now! and love the caraway seeds, a must!