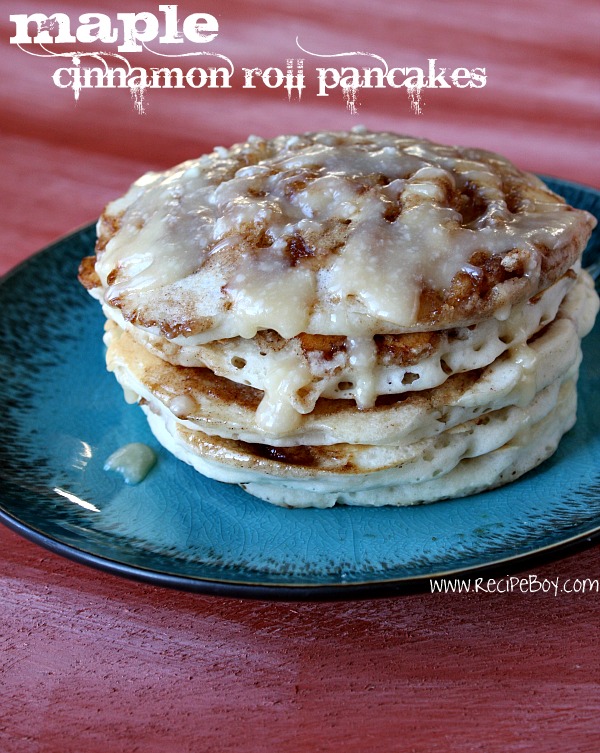 Now that is exactly what one stack of tricked out pancakes looks like. For this cinnamon roll pancake recipe, I included maple INSIDE the cinnamon swirl and also in the cream cheese drizzle.

When you put the cinnamon swirl on the pancake batter, you have to get creative. On my first few tries putting the cinnamon swirl on the batter, I FAILED. I just wasn’t good at it at all. Then I tried to make a face like the “man in the moon” and it worked! Well I had my fun so my mom intervened and showed me some tips on the swirling part. But then, I made a pancake (top right photo) that was better than all of mine or my mom’s. It was my “Perfect Pancake.” The “Perfect Pancake” had a perfect swirl with cinnamon in every place that I needed  it in. 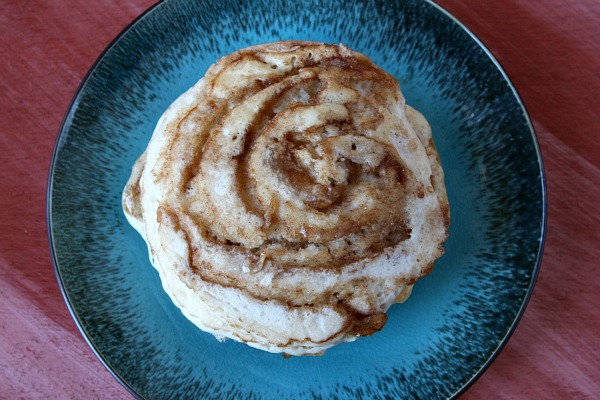 “Huh? This is what my “Perfect Pancake” looks like?” I was asking to my mom after it was done cooking. My mom told me that all Cinnamon Roll Pancakes look like that after they’re done cooking and I suddenly felt so relieved, my head hurt (and with all of the stuff that I do I need to be careful not to get injured! My sport’s teams need me). 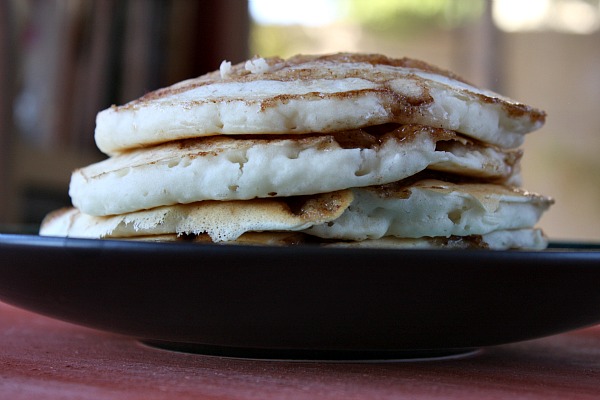 We all thought this recipe tasted more like a dessert than breakfast but we still loved it. 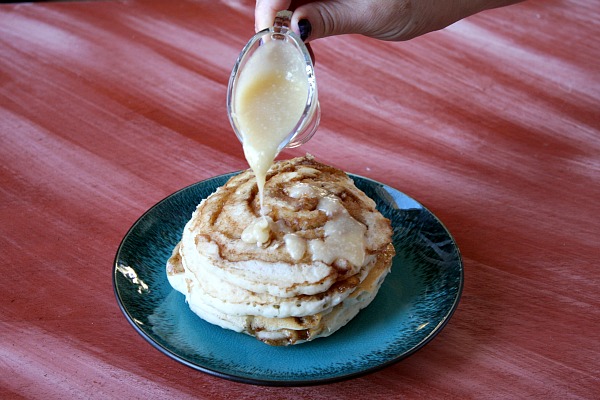 The drizzle really jazzes these pancakes up. It adds a little more of that tasty maple kick. 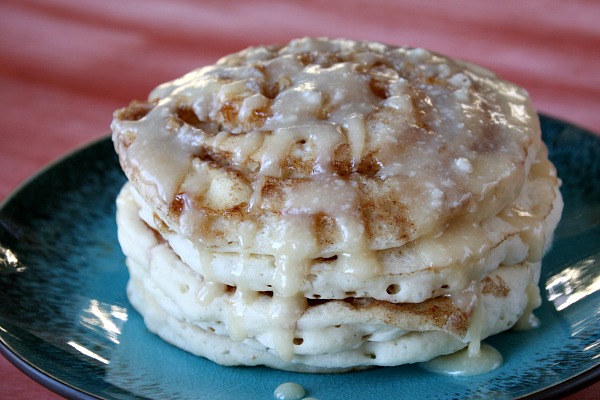 This sight shocks me. How can pancakes be SO good? The maple cream cheese drizzle definitely gives this recipe an flavor boost. I LOVE the cinnamon roll and maple combo too though. 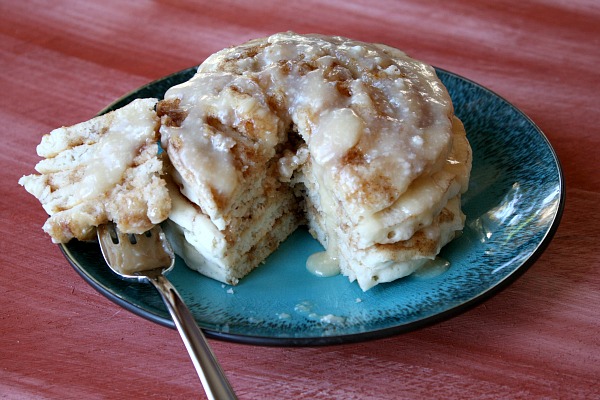 That’s my kind of pancake. Sweet and filling. As you have probably guessed, I LOVE this awesome breakfast treat and I hope all of you will too. Enjoy…

And even a kid can adapt his Mom’s recipes… Like Me! 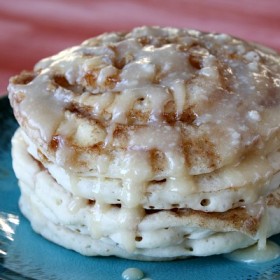 What kind of pancake mix do you normally use or recommend?

I prefer not to use a mix because it doesn't taste as good. Plus it's really easy to make your own pancake batter.

I've got to make these...looks too good to pass up!

This looks oh so sweeeet. Bet you couldn't wait to to eat them up!

Nothing better than maple flavoring with cinnamon. I love these, and the smiley face is adorable!

WoW what a Great idea. Short of adding some chocolate chips it never occured to me what else I could do to the pancakes!