Pumpkin Cream Cheese Pie is a delicious way to jazz up a traditional pumpkin pie.

I’m all for eating a slice of pumpkin pie at Thanksgiving. It’s not my favorite, but it just feels traditional to have a slice. Add a layer of sweet cream cheese to pumpkin pie though, and I’m all over that! It’s like eating pumpkin pie and cheesecake in the same dessert. Add Pumpkin Cream Cheese Pie to your menu this Thanksgiving! 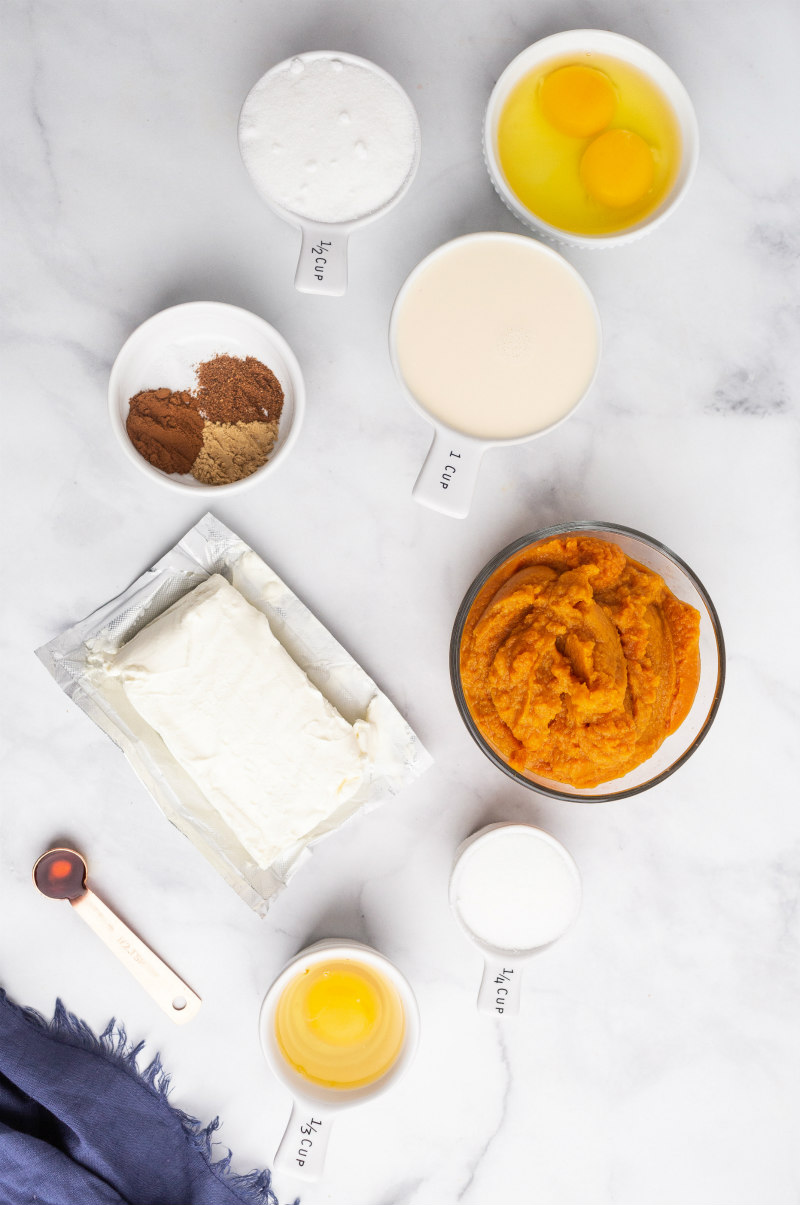 First you’ll make the crust, which is a simple mix of graham cracker crumbs, melted butter, sugar and cinnamon. The graham cracker mix is then pressed into your pie plate- on the bottom and up the sides.

Next you’ll make the cream cheese mixture. It’s a classic cheesecake type mixture of cream cheese, sugar, vanilla and egg. This mixture is spread onto the unbaked graham cracker crust. 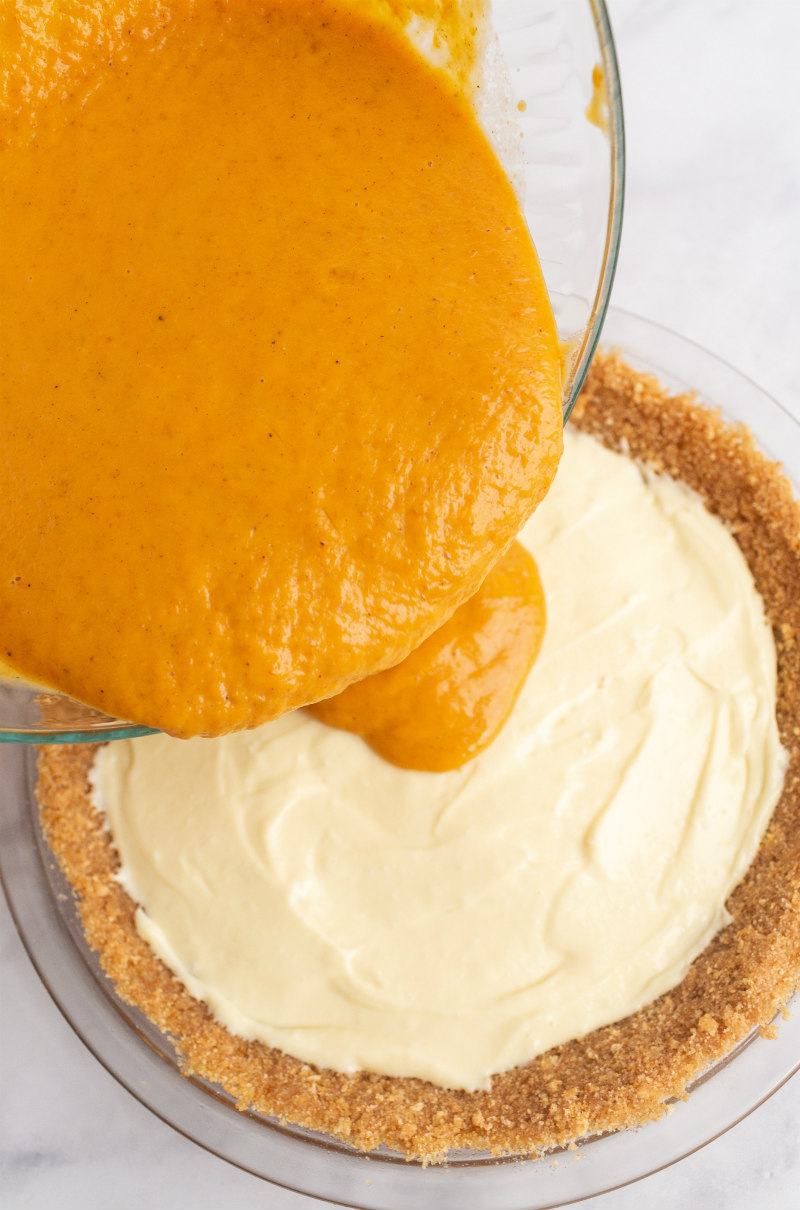 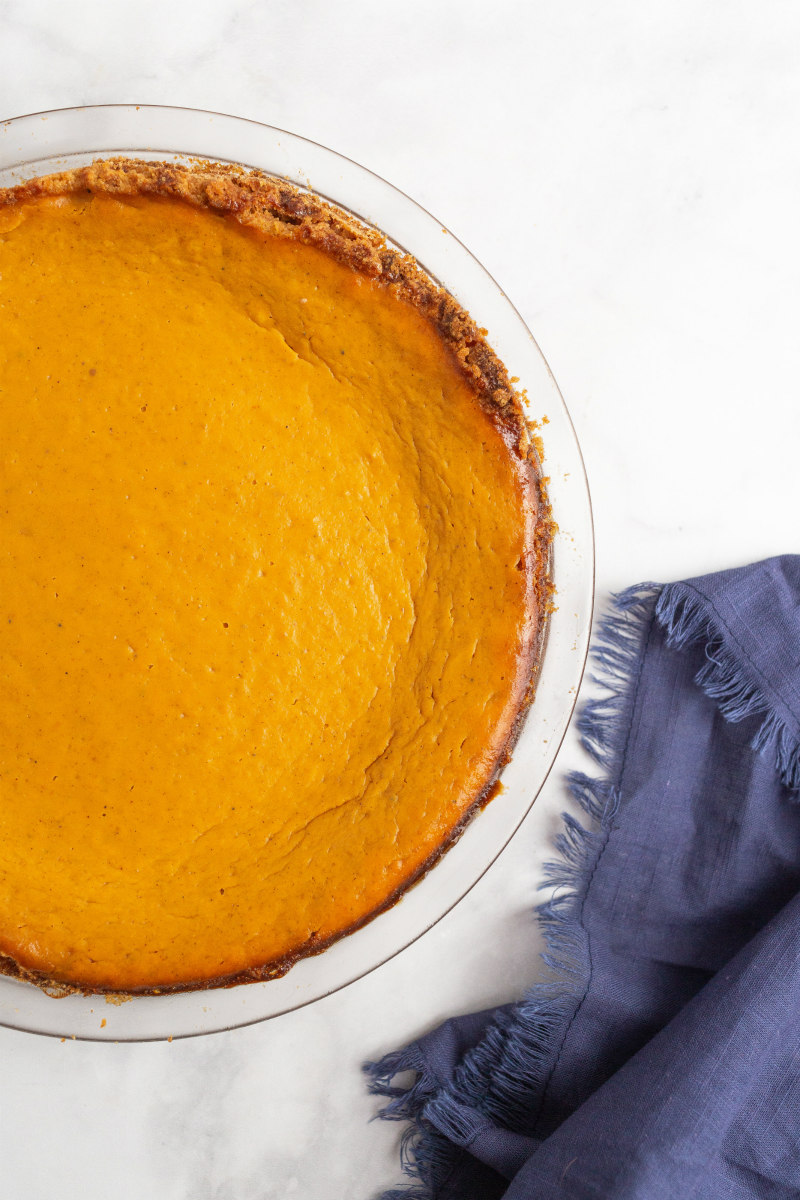 The pie is then baked for about an hour. Keep an eye on the edges of the graham cracker crust to make sure it doesn’t brown too quickly. If it is browning more than you’d like, you can place a pie crust protector shield around your pie toward the end of baking. It’s nice to have one of these on hand for all of your pie baking ventures. 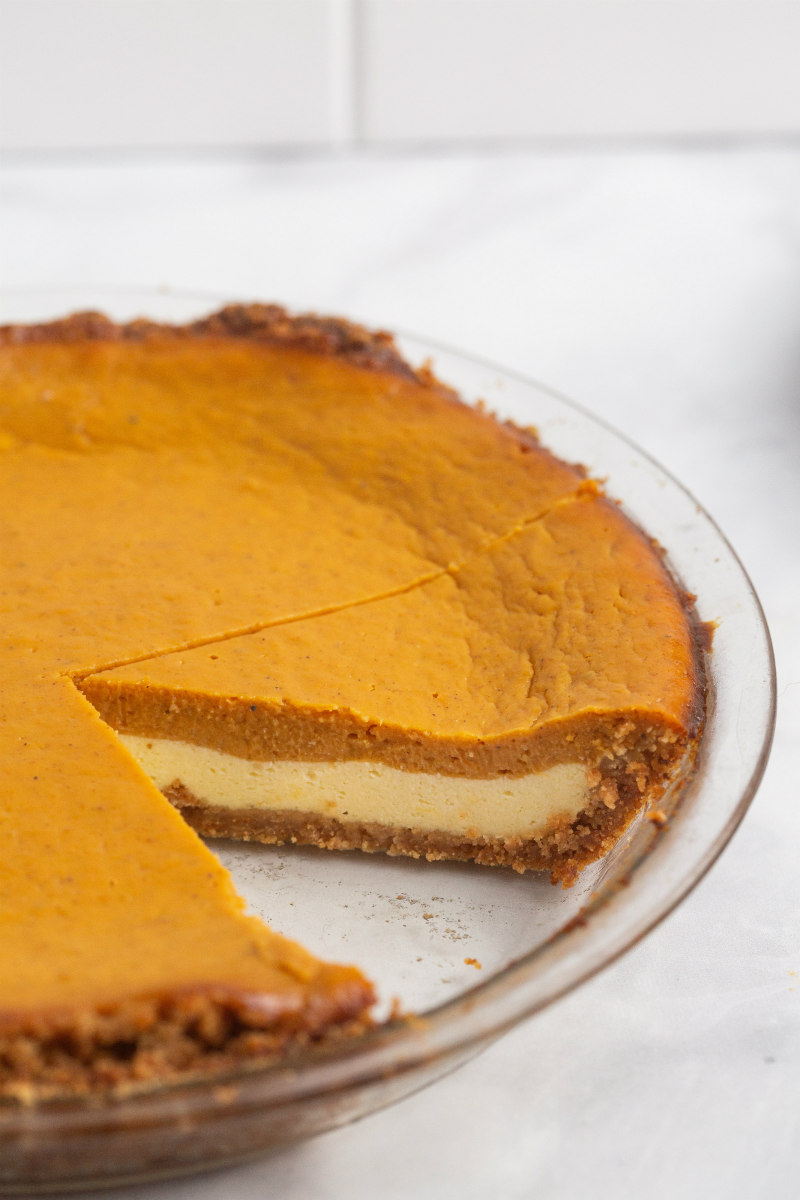 Let your pumpkin cream cheese pie cool. Refrigerate it for a while, if you’d like. Then you can cut slices and serve. It may absolutely be made one day ahead. Refrigerate and serve the next day. 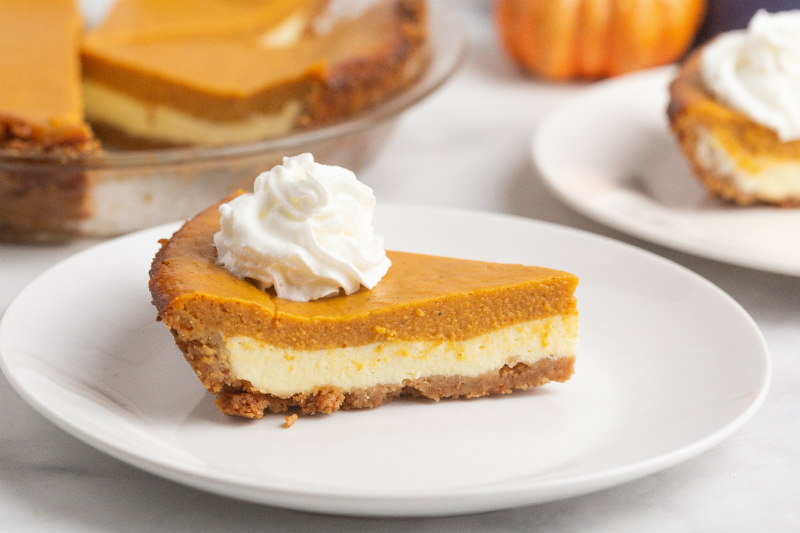 Put the bowl you’re using in the freezer for about 20 minutes. Then add 1 cup of heavy cream, 2 tablespoons powdered sugar and 1 teaspoon vanilla extract to the bowl. Use a hand mixer to beat the mixture for about one minutes, just until stiff peaks begin to form. Don’t over-beat! 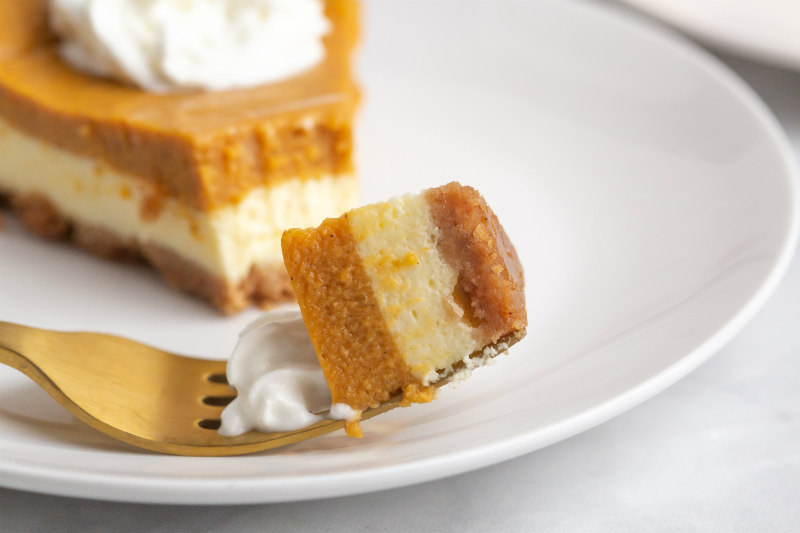 Serve slices of pie with whipped cream. A little dollop or a large spoonful, whatever your preference. Enjoy!