How to Make an Orange Julius

Have any of you guys ever tried an Orange Julius from Dairy Queen? The first one I ever had was at the Dairy Queen/ Orange Julius in Lincoln Square, Chicago 2 years ago. It rocked my world and inspired me to make my own. So here I am 2 years later, sipping an icy fresh homemade Orange Julius on a hot summer day. I enjoyed it a lot, so I hope you will too.

YUM YUM YUMMMMMMMM!!! It looks so much cuter in a mason jar than in a big, plastic, Dairy Queen Cup.

Watch this short video showing you how to make an Orange Julius! >> 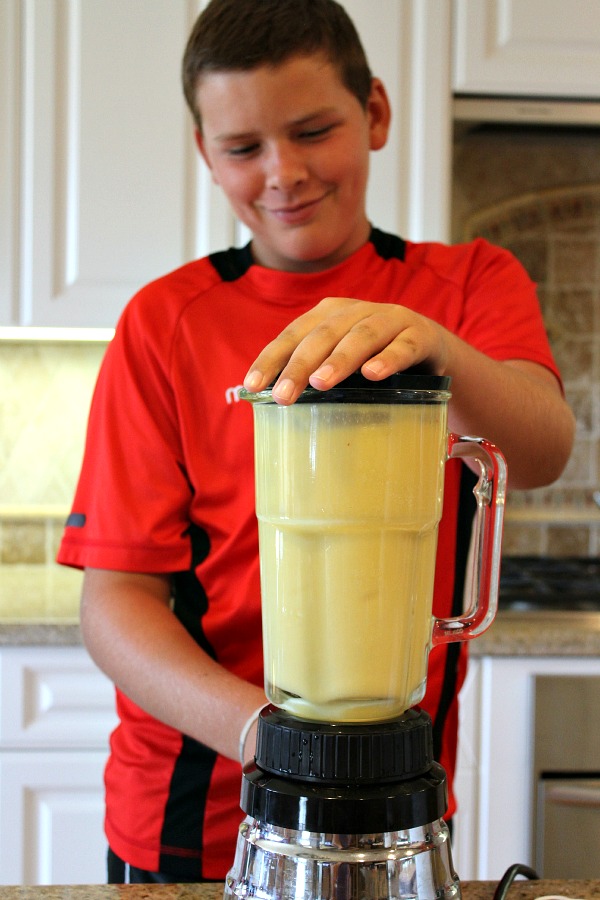 Read the recipe below and you’ll be surprised at the simple ingredients.  Orange Julius’ aren’t as smooth as water or as thick as a milkshake. They are right in between. 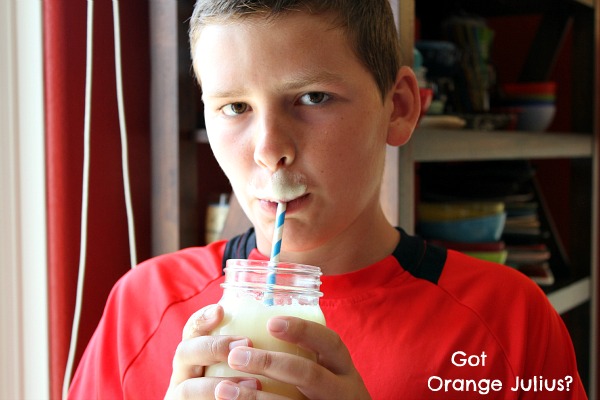 I love this picture because it goes with the Got Milk? ads. I LOVE seeing who the new Got Milk? stars are. I’ve seen everyone from SuperMan to David Beckham. I hope I can get those guys to do a Got Orange Julius? picture. That would be SOOOOO cool. Maybe I should be in a Got Milk? ad one day. I LOVE milk and my dad is always growling at me to wipe off my milk mustache (or in this case, my Orange Julius mustache)!

The Orange Julius was so good that I drained this cup in what would have probably been world record time if I had a stopwatch. I hope Dairy Queen knows I’m out here because they have some Orange Julius making competition!

And even a kid can make an Orange Julius so good that it poses a threat to Dairy Queen’s business… Like Me!

How to Make an Orange Julius