Are you ready to learn about my baconlicious appetizer experiment? I made Bacon- Wrapped Appetizers. If you don’t know what baconlicious means, it means that something has bacon in it and it is delicious. In the Lange household, we pretty much worship bacon.  For the rapidly approaching Super Bowl, everyone that is reading this blog should throw a party. You wouldn’t even have to make any entrees or game day foods. These baconlicious appetizers would steal the show. 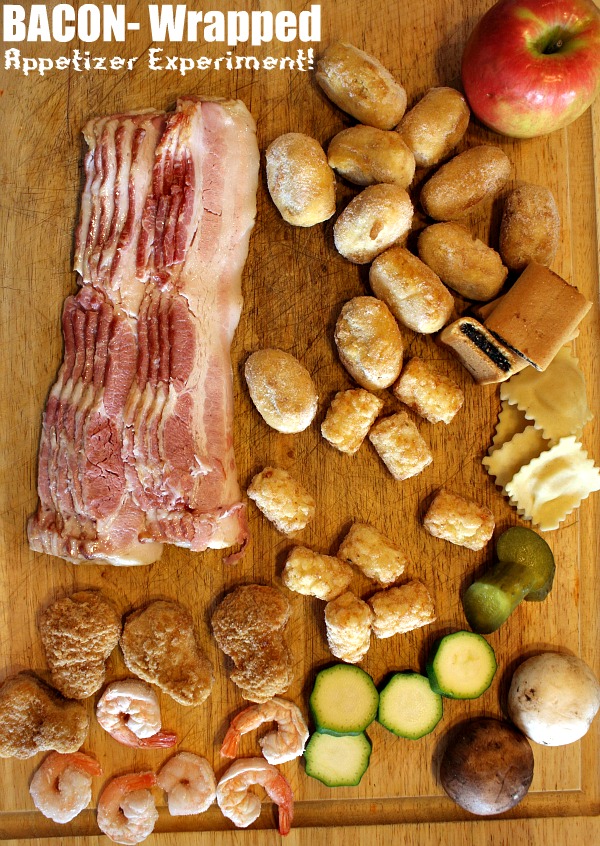 Whoa. At this point, I was just shaking in anticipation… but I had to let the mini corn dogs, tater tots, and chicken nuggets thaw before I could bacon them up. 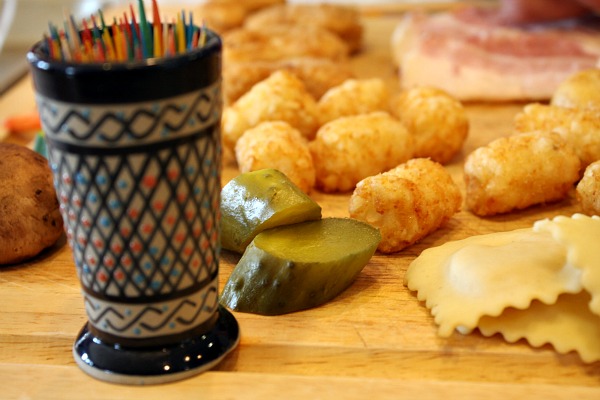 Ewww. Personally, I DESPISE pickles, zucchini (except for yummy zucchini boats), and mushrooms. Although I LOVE my ravioli. 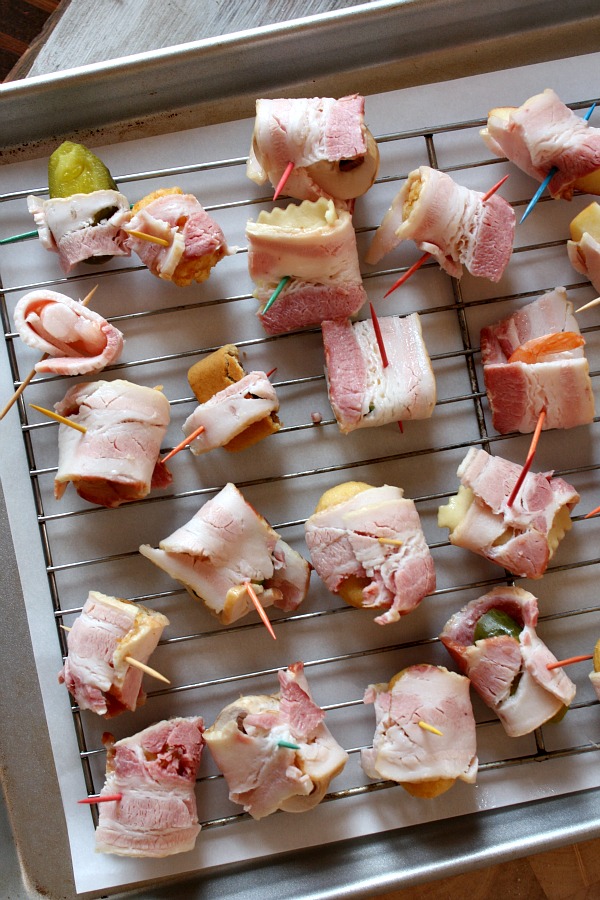 A combination between bacon and heaven. For the larger foods such as mini corn dogs, mushrooms, and fig newtons, you can either wrap a huge piece of bacon around one, or just cut it in half. 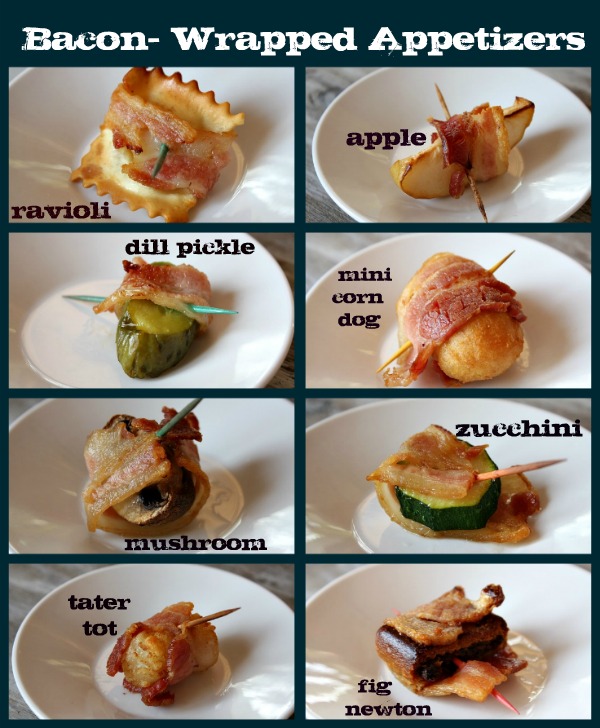 I went all out. I wrapped my bacon around ravioli, apples, dill pickles, mini corn dogs, mushrooms, zucchini, tater tots, and… fig newtons? Yes, fig newtons.  I also tried shrimp and chicken nuggets, but those are not pictured. 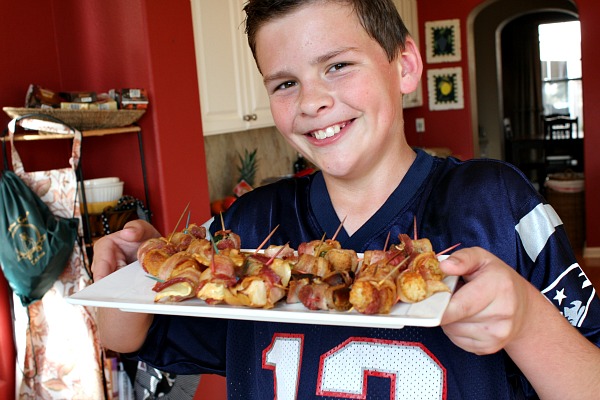 Boy oh boy do I love my New England Patriots. Now that they’re in the Super Bowl, there is no stopping them on winning. My next three steps after this picture is taken: sit down on the couch, turn on the Patriots game, and chow down. 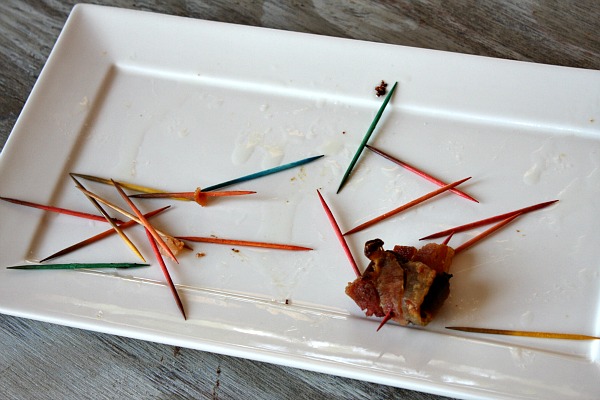 And even a kid can be creative with bacon… Like Me!

It's genuinely very complex in this full of activity life to listen news on Television, therefore I just use the web for that purpose, and take the latest information.

Hey there! Try a bit of bleu cheese with the fig newtons without the bacon. ;-) You can serve them as a side to accompany all the bacony goodness.

How did the tater tots turn out? And could you do bacon-wrapped mini-cupcakes and say how they tasted? Thanks!

How could anything with/wrapped in bacon NOT taste good? (well, excluding if its burnt.) Bacon around Nutella would be flipping AMAZING, but you would probably have to cook the bacon first then wrap it to avoid melting and burning the nutella. It would be interesting, though, to try and eat.

Now, I sort of want to get into/make my family get into football JUST to make all the food that is advertised (and have an excuse to make up some new recipes) around this time of year.

I forget when the Super Bowl is, but good luck to your team!

Bacon with fig newtons. Interesting. You forgot wrapping chocolate since I see it everywhere. It's crazy what's being done with bacon.