Another video by RecipeBoy! Yay! Today I made Raspberry- Nutella S’Mores. 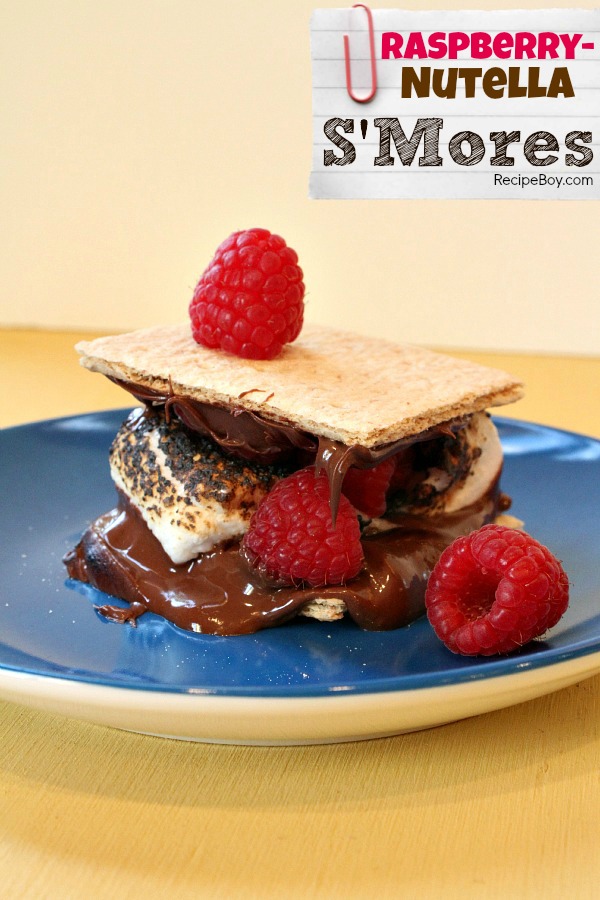 This video required MANY takes because I kept messing up. But after you shoot a few videos, you learn some tricks-of-the-trade. I learned that you should always try to make it to the tasting part before you mess up. This allows the taster to eat a lot of S’Mores. These S’Mores are amazing, so who wouldn’t purposely mess up just to eat more S’Mores?! Please watch my video and leave any feedback for me in a comment at the bottom of this post. 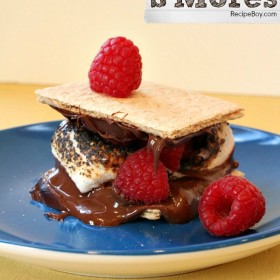 You can also use the blow torch method as I show you in the video. (Be careful!)
Keyword nutella, raspberry, S'Mores
Click here to cancel reply.

It great to see that you and your mom get along so good together.

Mom's Are so Awesome.

Given that I ONLY blog about CHOCOLATE, I absolutely LOVE your recipe. Raspberries are an AWESOME addition to s'mores! I'll have to remember this! :D

Love these S'mores! Congrats on reaching 1,000!

What a fun s'mores!! Love the video too!!