I am super excited to be celebrating the 50th anniversary of Honeycomb cereal with the creators of that awesome taste we all love! This week I made No Bake S’Mores Cheesecake Bars but I made the crust with Honeycomb cereal instead of graham crackers. 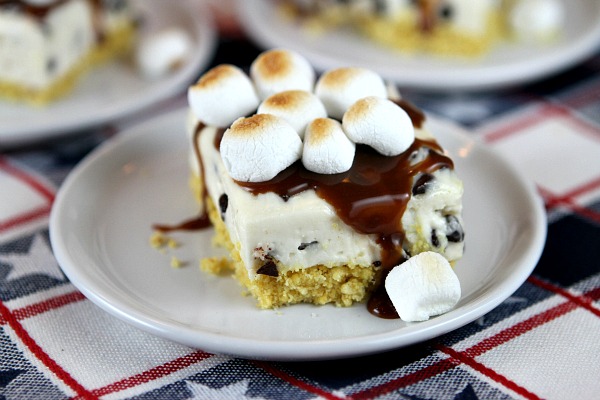 These bars look very hard to make, but that’s not true at all- they’re super simple to make! They just look extremely yummy. We even drizzled hot fudge and dumped a bunch of marshmallows on top! 🙂 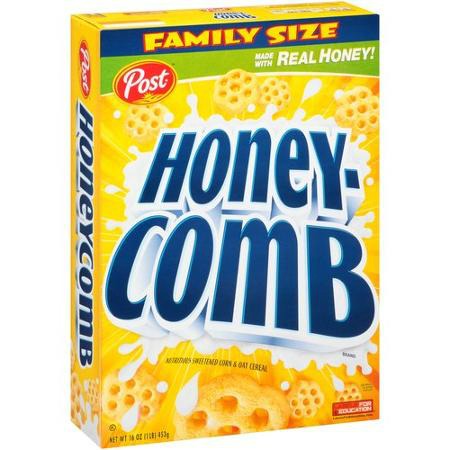 Honeycomb cereal has been around since 1965, and that is no easy feat. I eat cereal every morning before school and Honeycomb is one of my favorites. My mom is like the pickiest person ever about cereal (it has to have very few carbs, low fat, fewer calories, taste good, etc.) and she buys it all the time! Honeycomb definitely deserves a 50th anniversary celebration! 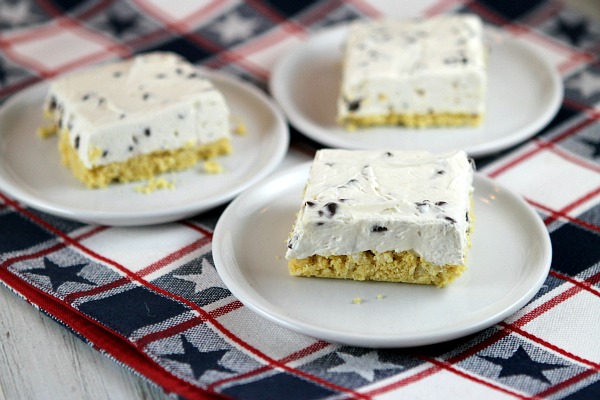 I used mini-chocolate chips in the s’mores cheesecake bars. They seemed to fit in better than normal chocolate chips which would have taken over the bars. Even without marshmallows and hot fudge, the No Bake S’mores Cheesecake Bars were perfect! 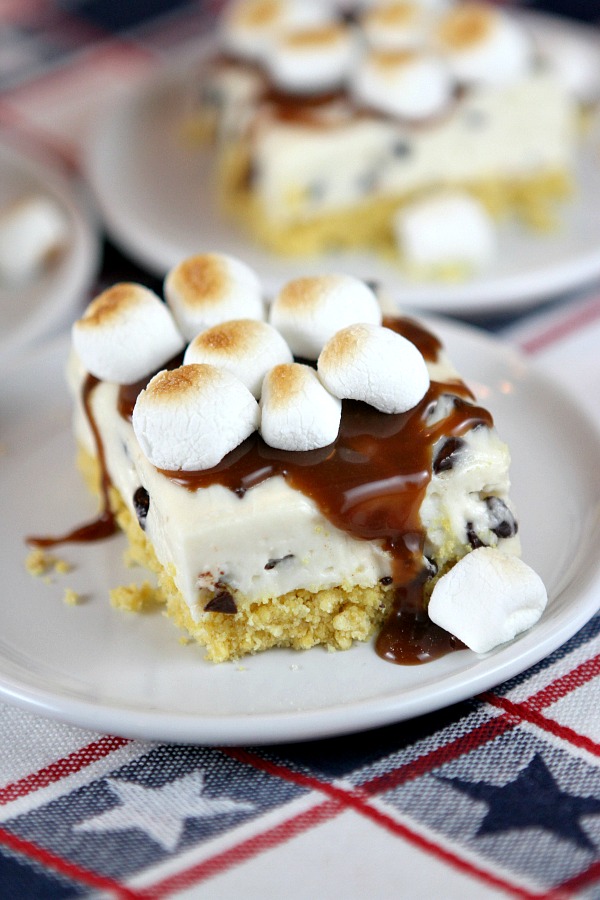 Overall, these bars were awesome. They looked epic and tasted out-of-this-world! They are perfect for 4th of July or just a delicious summer treat because you don’t even have to turn on the oven! The Honeycomb added a twist to the traditional s’mores taste, but it was for the better. It was more of a honey taste (as predicted) that fit well with the chocolate and marshmallows. I would recommend making this recipe to anyone craving a yummy treat in the hot summer. And if you like cheesecake, this recipe is for you! 🙂 I hope everyone had a great Father’s Day!

And even a kid can make a classic recipe into cheesecake… Like Me! 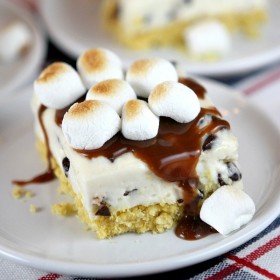 Disclosure:  I worked with Honeycomb Cereal to help promote their 50th anniversary.

What a great idea to use Honeycomb cereal! It's getting too hot to bake, so I need to make these for my kids!

Whoa! These look awesome! Can't wait to try them.

What am awesome idea! Love that you used Honeycombs!

Such a creative use for Honeycomb (YUM!!) S'mores, cheesecake and no bake? Perfection!

I'm getting together with friends this weekend, and they all love s'mores. They'd go crazy for this!