OMG where do I even begin today!!! I recently made some ice cream. But not just ice cream! It was Marshmallow Fudge Swirl Ice Cream. It is absolutely amazing. AMAZING I TELL YOU!!! 😉 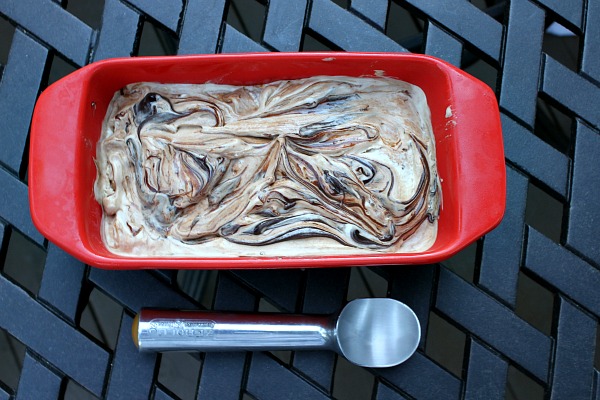 It’s the hottest time of the year and what would be better than a Marshmallow Fudge Swirl Ice Cream Cone to cool off with? I can tell you the answer. Nothing is better to eat than this during summer! 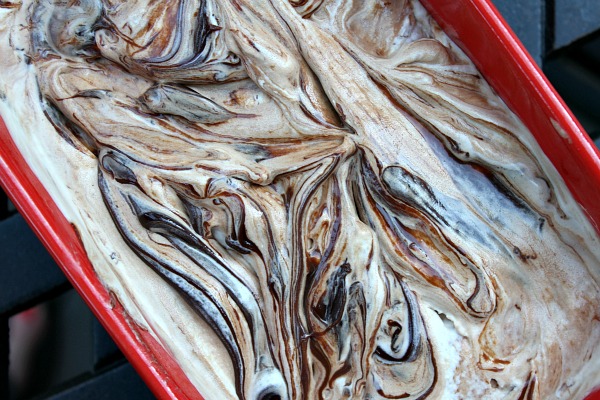 Just stare deep into the fudge and imagine the taste of gooey marshmallow and smooth fudge swirl. It tastes even better than it sounds! 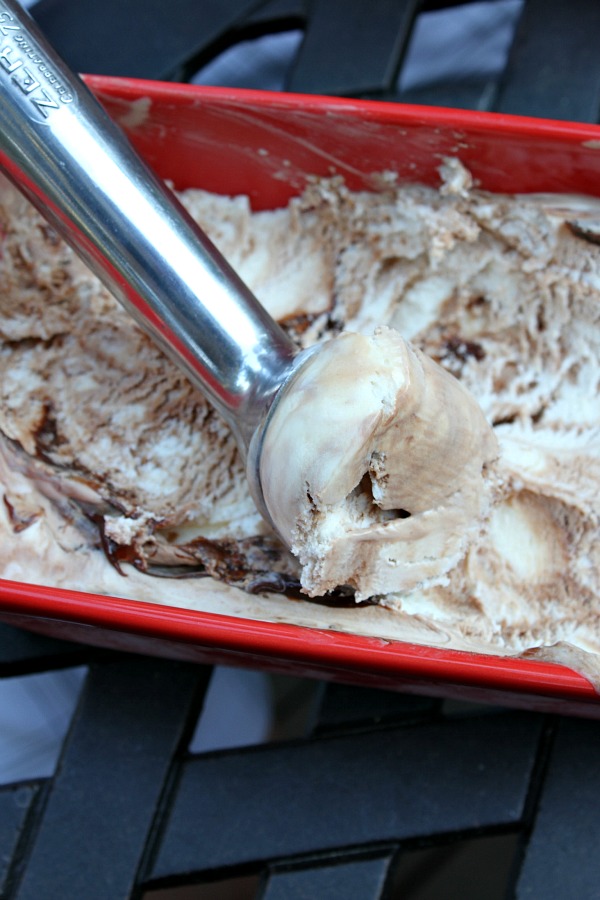 You all should get out your scoopers right now and go on strike against bad ice cream flavors! 😉 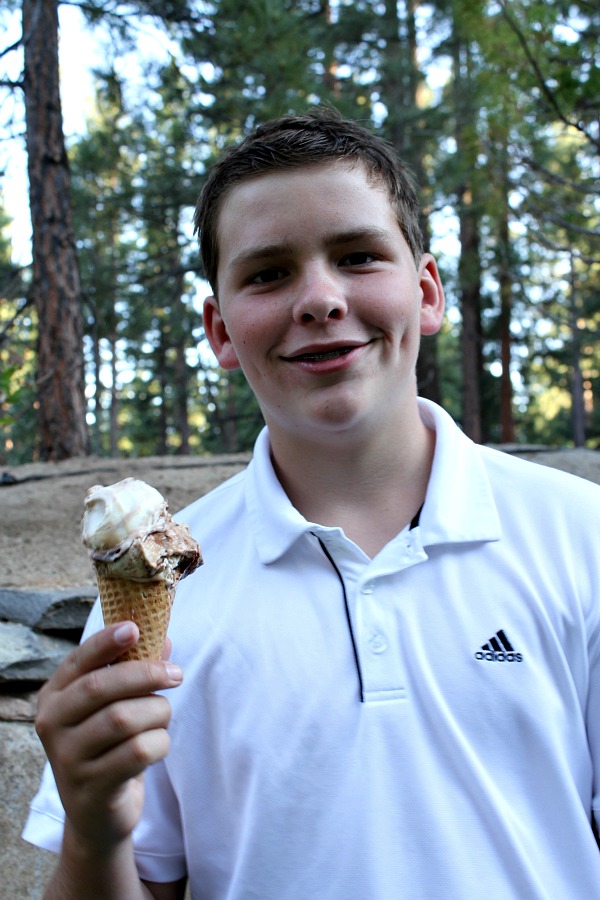 I just had to take a couple licks between shots. 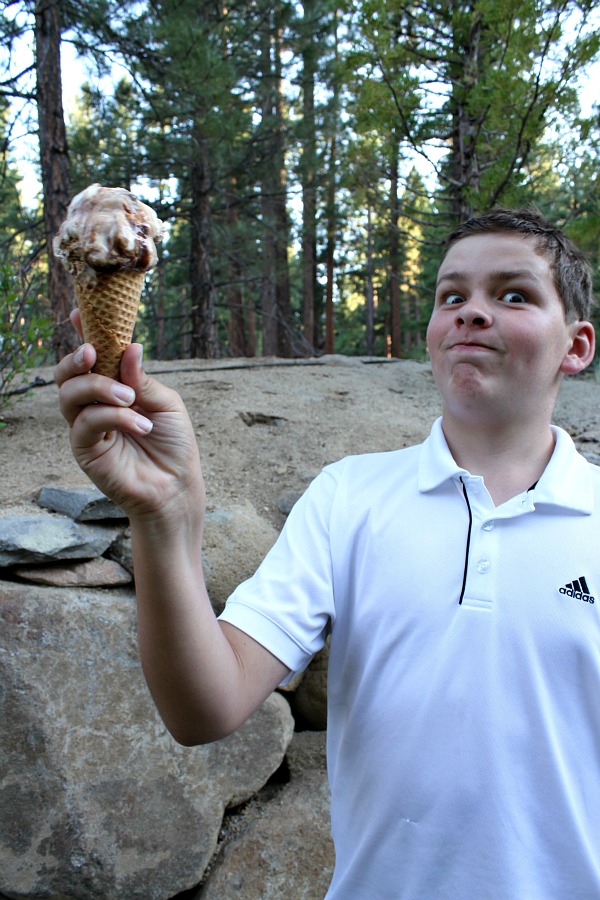 I, Brooks Lange, have conquered the ice cream world! I have found the one superior flavor that surpasses all other good flavors. I will sell my creation at $7 per scoop. 🙂 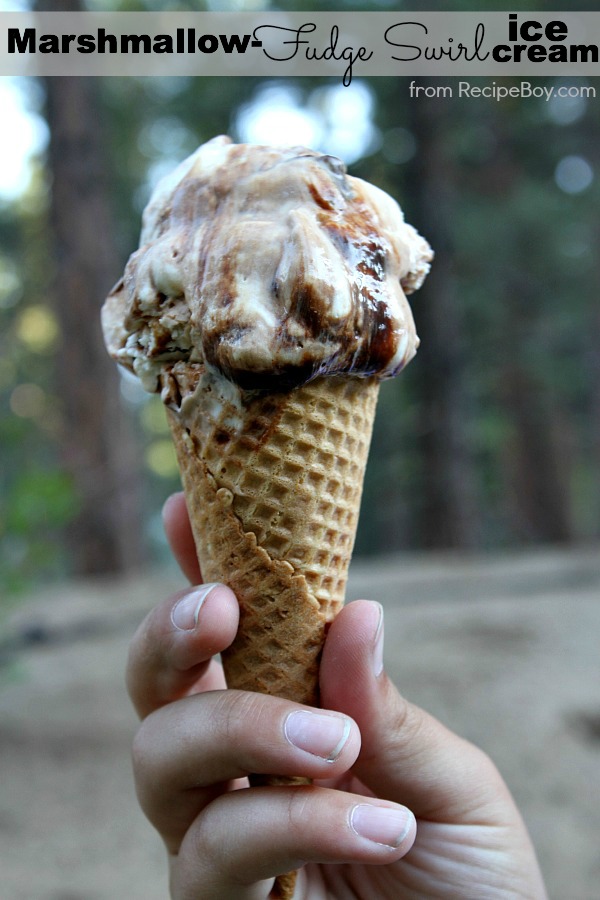 This picture was taken after a few licks. I couldn’t restrain myself during the pictures. My mom and dad tried some of this and they totally loved it too! It’s the NEW super flavor that everyone is craving. It’s just too good! What is your favorite flavor of ice cream?

And even a kid can make superb homemade ice cream… Like Me! 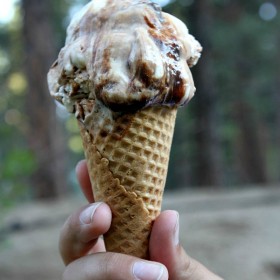 This ice cream is the BOMB! You solved the dilema of getting the marshmallow in. Great flavors. Me and the granddaughter made it today !

Half and half cream

Hey There, Recipe Boy!  My daughter and I made your ice cream recipe tonight.  It is out of this WORLD!!!  Thanks so much for sharing it.  We will come back and try another of your recipes soon!  YUM!!

awesome- glad you liked it!

Can I use cream/milk in place of the half and half? thanks

I love love love ice cream with marshmallow sauce and hot fudge. You put it IN the ice cream. Genius.