Hello from Texas! It’s me Brooks (RecipeBoy), and I’m back this week with a phenomenal recipe for Artichoke Bruschetta, which is one of my favorite things to eat at a restaurant back home in Arizona. I’ve been researching different ways to make this for a while, and finally decided on this quick and simple recipe sourced from AllRecipes. Here at SMU we have about a month left in spring semester so it’s almost time to start preparing for finals (which I am not looking forward to). I’ve been doing very well so far in terms of grades, but I have a busy few weeks coming up.

At the moment I’m really looking forward to the upcoming NFL Draft, in which hopefully my Patriots will be successful and get some talented young players. I was surprised to hear that LeBron James became a part owner in the Red Sox a few weeks ago, but that’s super cool. The Celtics made a few trades before the deadline a few days ago, so I can’t wait to see how that pans out. And that’s all for my Boston sports report! 🙂

This dish is the perfect appetizer recipe. It’s easy. It’s cost-efficient. And it’s flat-out amazing! I discovered artichoke bruschetta at a restaurant called Postino in Scottsdale, Arizona. It’s a wine cafe that serves reallyyy good food. It quickly became one of my favorite go-to restaurants back home, which is why I was ecstatic to hear that they’re opening a location in Dallas soon! I guess it was supposed to open last year but complications with the pandemic caused a big delay. Anyways, my friends and I have a reservation on opening day and can’t wait.

This bruschetta only requires five ingredients: artichoke hearts, Romano cheese, red onion, mayonnaise, and a baguette. If you’re looking for artichoke hearts in the store, I recommend checking the canned vegetable aisle. That one took me a while to figure out, even though it seems suspiciously simple now.

I’ve always loved artichokes. When I was only 11 years old, I wrote a post called How to Prepare and Eat an Artichoke. And I still use those tips today when I make artichokes!

That’s my doggo! I miss Tessie a lot, but I still get to see her on FaceTime with my parents every week. Tessie is ALWAYS hovering for food; just begging us to drop something on the ground!

How to make Artichoke Bruschetta:

Just mix up the chopped artichoke hearts, Romano cheese, red onion and mayonnaise, and spread onto baguette slices. I recommend turning your oven to broil and letting the bruschetta toast in there for anywhere from 2 to 5 minutes. Make sure to watch it very closely or it will start to burn before you know it!

This Artichoke Bruschetta is sooo tasty! It’s just like a good artichoke dip spread onto a baguette… but even better! 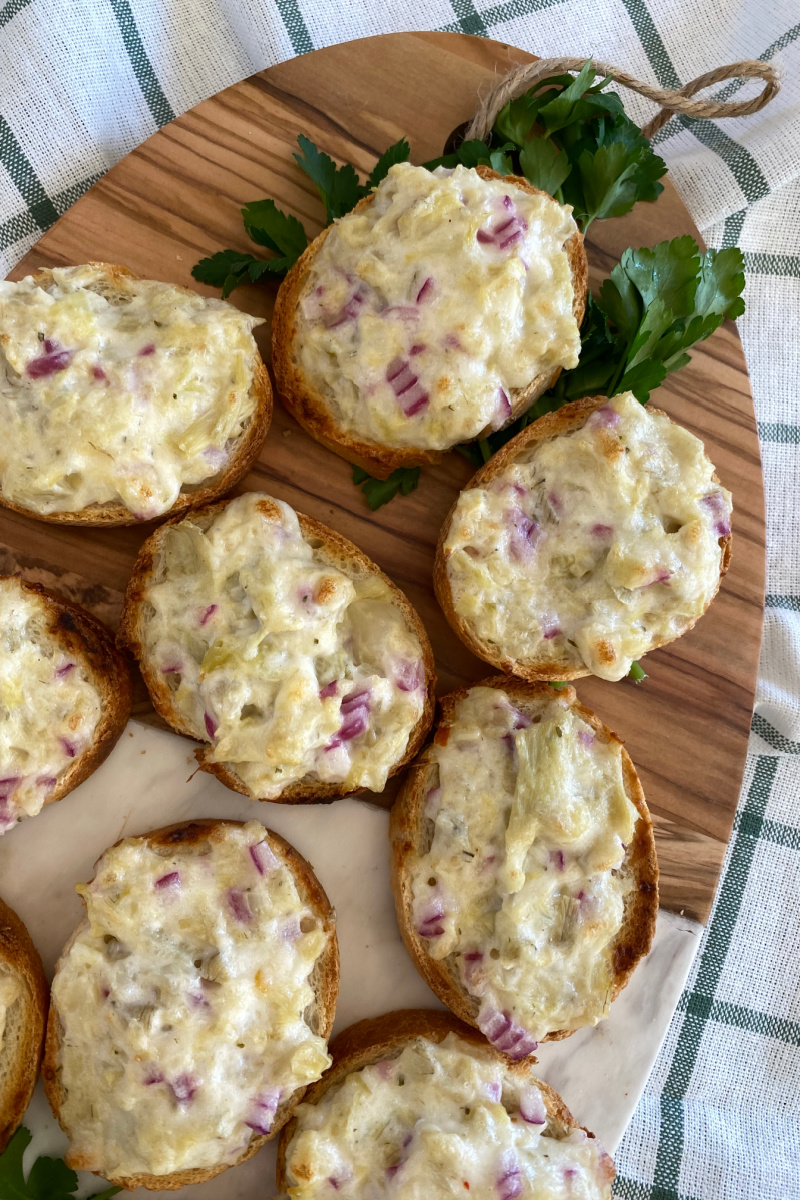 You can make a few substitutions to the recipe according to your own preferences, such as:

Personally, I LOVED this recipe without any substitutions at all. I literally couldn’t stop eating these (my mom can attest), so I recommend making quite a few if you’re feeding a crowd. 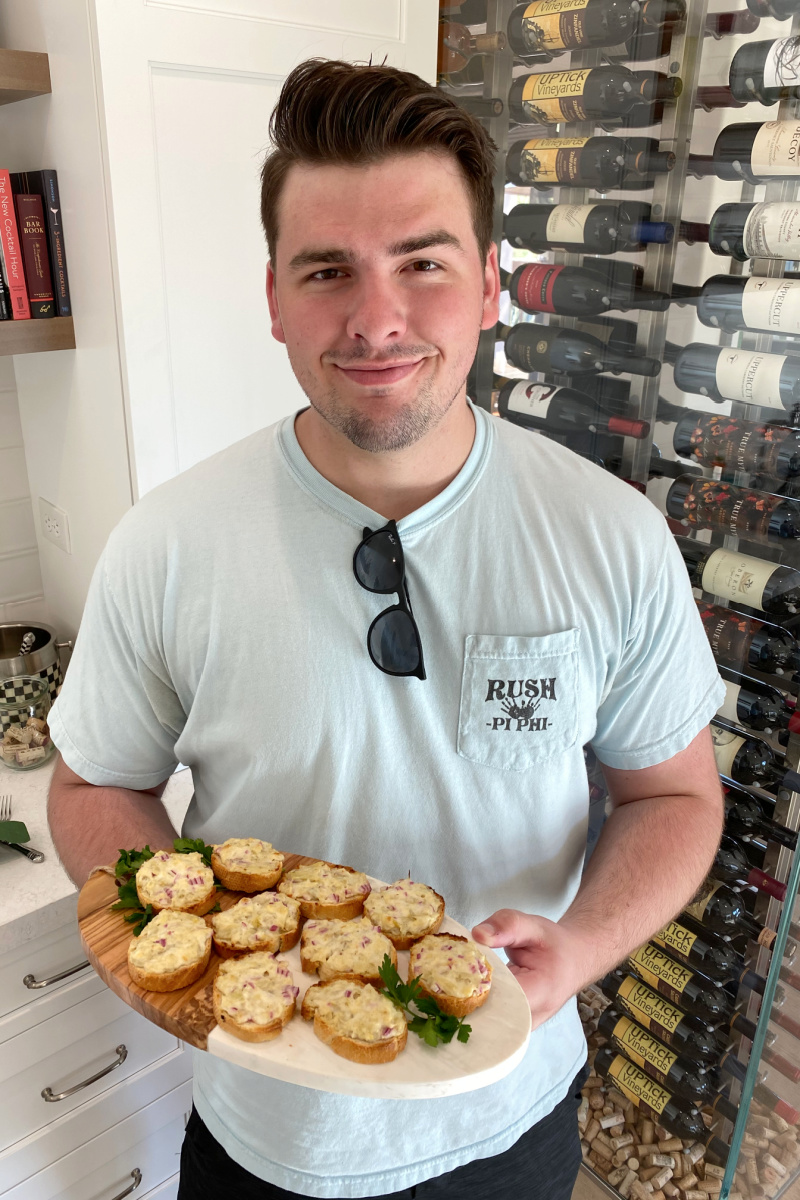 There’s a reason I’m smiling in this picture– I get to chow down on artichoke bruschetta as soon as we’re done with pictures. Enjoy!

Looks absolutely delicious; I’m going to pick up ingredients and do this on my homemade sourdough bread!