I made some Cheesecake Swirl Brownies the other day. Why is it that I always pick the hardest recipes to make?! These brownies were pretty hard to make but trust me, they are VERY rewarding at the end. These brownies will please any cheesecake or brownie lover because they are just flat out amazing. Now I didn’t enjoy these brownies as much as I should have because I had a little accident with them… I’ll tell you about it a little later. 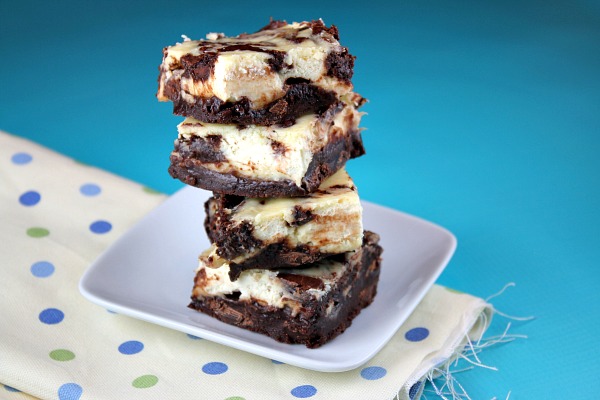 So perfect! Brownies all stacked up on a plate. My mouth is watering! 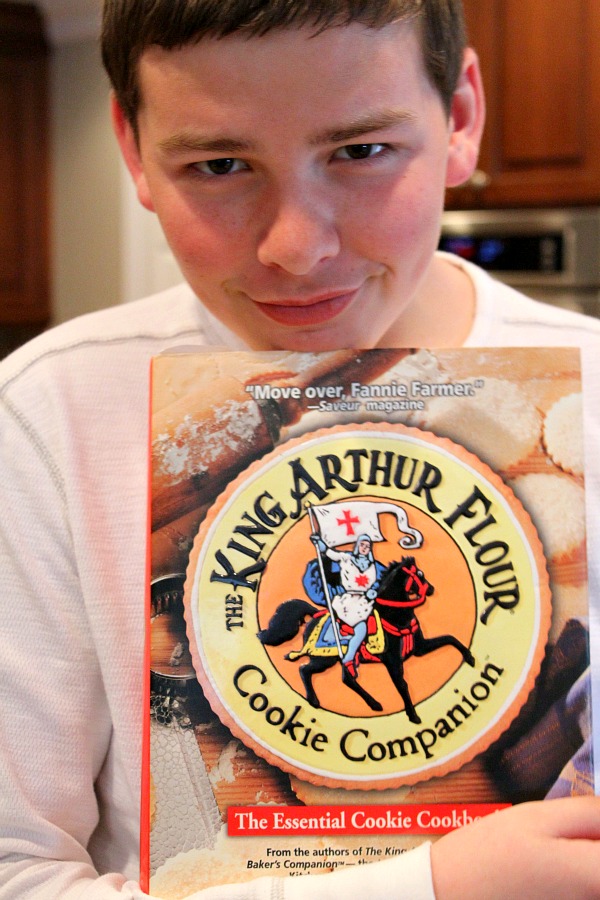 Thank you King Arthur for providing this amazing recipe! You are a very good Cookie Companion. 🙂 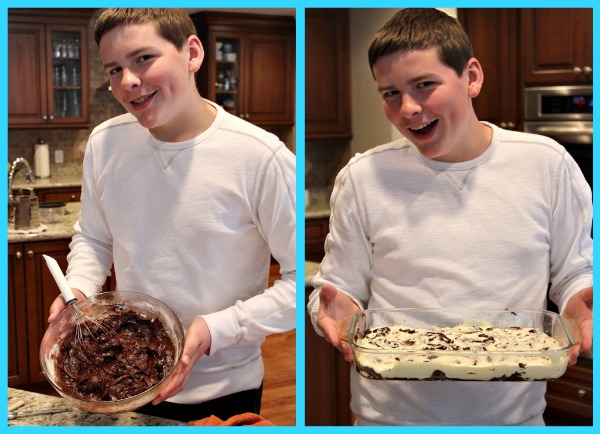 I’m such a goof-off. What you see on the left is before the hard part. What you see on the right is about 30 minutes later. My very bad experience was with that same glass dish with the brownies in it. One night, I was cutting a brownie. It was a normal night with nothing out of the ordinary going on. The knife caught on a piece of frozen brownie and the whole dish slipped off of the table. It landed on my right big toe. There was immediate swelling and bruising. The moment I dropped the dish on my toe I could see that it was purple. I went to the doctor the next morning and he gave me a boot to wear to school and some medicine for infection. A few days later I had to go back to the doctor because my toe was under a lot of pressure and was bubbling up. They had to cut two holes in my toenail to let all of the fluids drain. My toe was not broken, but I will still lose the toenail soon. Lesson learned? Yes. CUT BROWNIES WITH TWO HANDS! 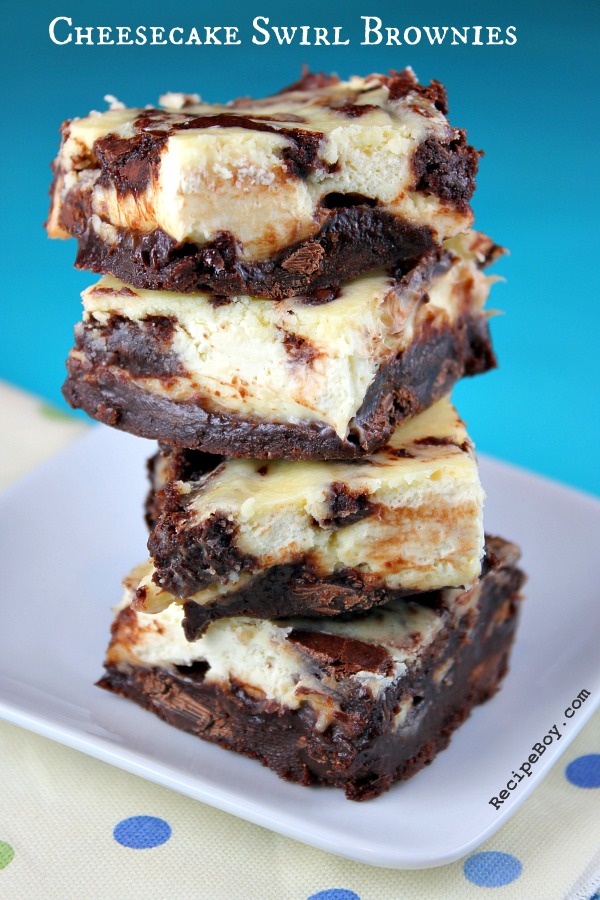 Even though these brownies hurt me, I loved them! They were some of the most delicious brownies that I have ever eaten. I am a big cheesecake fan, so the swirl really contributed to my enjoyment. The brownies were the perfect mix of chocolate and cheesecake. I might even make these again for the Super Bowl! Darn! My Patriots and Niners both lost. Go Seahawks!

And even a kid can still enjoy brownies after they almost broke his toe… Like Me! 🙂 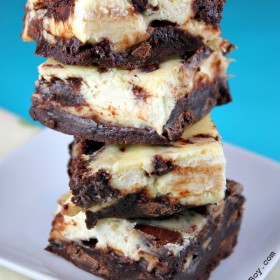 These are amazing. I've made them twice in the last week--for a birthday and for fun. I gave them away so I wouldn't eat them all myself! Everyone LOVED them!

I confess to cheating and using 2 boxes of the Ghiradelli Double Chocolate Brownie mix, but I used your filling recipe and marbled it in as you suggested. It made my box brownies really delicious and no one guessed they were from a mix, thanks! (Btw, I had to bake for 70 mins using my method).

Glad you enjoyed the brownies but sorry you had to suffer in the process. Looks and sounds like it was worth it.

Sorry about the toe incident, I had one of my own with an extra large can of bug spray as a young college apartment dweller (ask your mom if you need more descriptive terms) which I dropped on my foot when defending truth, justice, and my kitchen back in the 70's! Enough said, these brownies are drool worthy on a snowed in day in SC. Keep up the good work, young Recipe Dude!