Many parents of current teenagers tend to be fairly overprotective of their children. This is fair, but to a certain point. While playing lacrosse in Las Vegas a few weeks ago, I witnessed a mom take matters into her own hands after her son was hit. Click to watch the video below, and watch closely to what happens toward the end.  I’m the big guy.

This post is based on my personal opinion, but I think it’s a good indicator of where we are with the role of parents in athletics. Parents such as the mom featured in the video have overstepped their boundaries in the world of sports. When an issue arises on the field, the coaches and referees must take care of it. It is not a parent’s responsibility to “protect” their child in a sport- especially if it’s lacrosse, a high-contact sport!

If you are unfamiliar with lacrosse, here are some rules related to the play. The initial hit was clean. Most of the play on my end was clean as well. When you and a teammate are close to the ball, it is normal for one person to push the defender out of the way and the other person to pick up the ball. That’s what I was doing in this play.

The illegal part of this play is shown in the picture above by #51. You must hit with your hands close together on your stick or it becomes a cross-check. This is a flag for which someone would spend time in the penalty box. The little guy immediately went for my head with a cross-check. It’s understandable because he did get laid out on the ground after the first hit… I’d be a little angry too. Sadly, the referees were in poor positions to see what was going on, so misconduct penalties were called on each of us. 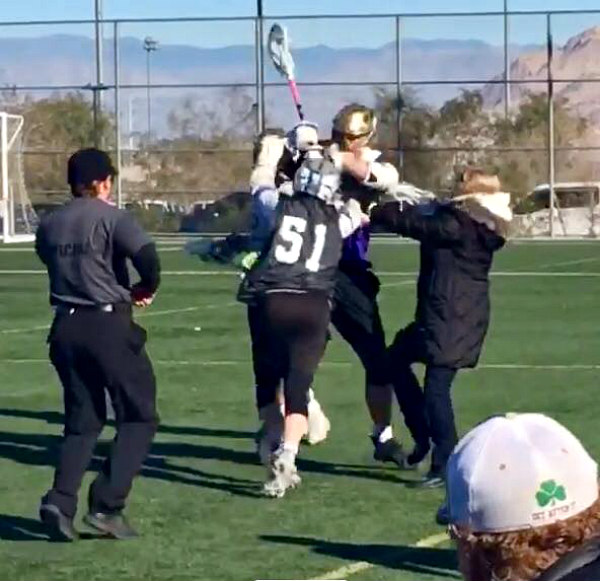 When the little guy’s Mom felt that he couldn’t take me on alone, his mom came to the rescue. This was my first experience EVER with something like this happening during a game. When we watched the video in slow motion, we saw that she actually threw a water bottle at me and tried to kick me too.  It was shocking, but it did give us all a good laugh.

I understand that some parents are overprotective, but please do not bring that onto the lacrosse field. It is incredibly embarrassing for your child. Parents are supposed to watch the game and encourage the players, but not interfere with the gameplay. So to all parents reading this right now, please don’t make the same mistake as the player’s mom featured in the video. 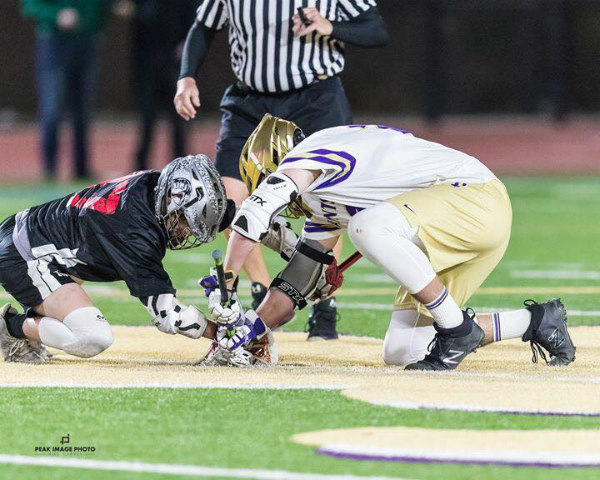 This year I am playing for Notre Dame Prep out of Scottsdale, AZ. I start at middie and take faceoffs for my team. So far this season we are 2-0 in league games.

Lacrosse is my passion and I have a lot to say about it. It’s an incredibly fun sport to be a part of. I encounter some interesting parents as I play, but I’ve never had an experience like the one in Las Vegas. And frankly, I don’t want to have another experience like that. Some moms are pretty scary when they feel like their baby is in danger!

Pin the image below to your “parenting” or “sports” boards to share with others! 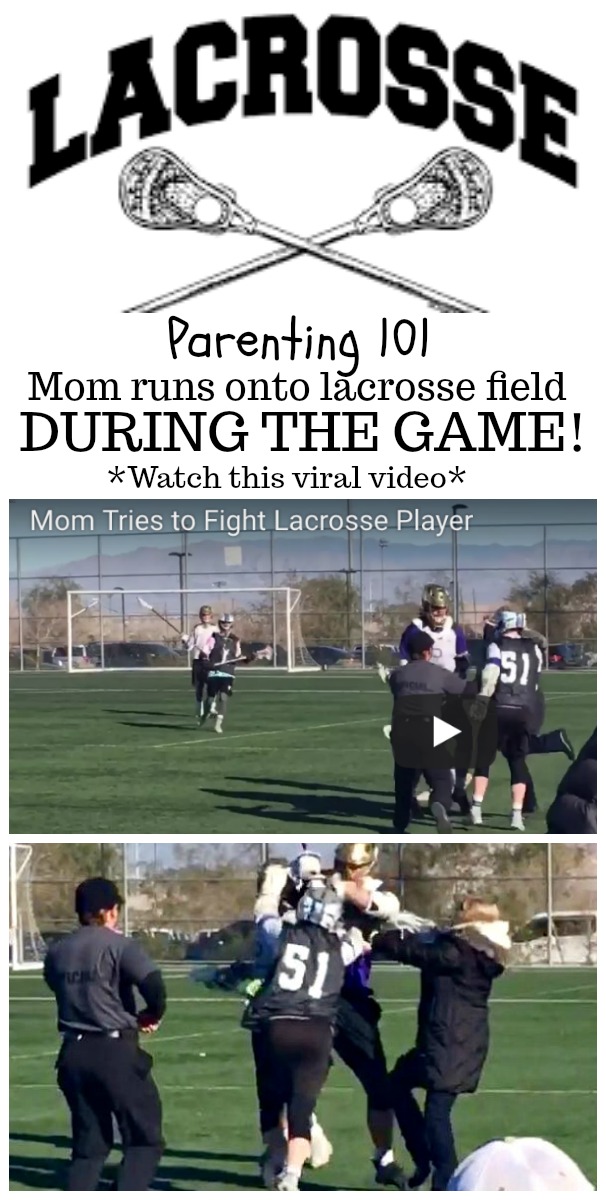 I have played, coached and reffed lacrosse. Looking at the video, you made the correct play. Players are taught "man / ball" drills from the earliest ages. That mom was way out of line. Perhaps her son shouldn't be playing. Lacrosse is a contact sport. It isn't supposed to be a collision sport like football.

As an aside. most FOGO's are smaller than you. You must have quick hands...lol