This Chocolate Chunk Gelato recipe has a totally delicious, rich vanilla base with plenty of chocolate mixed in. 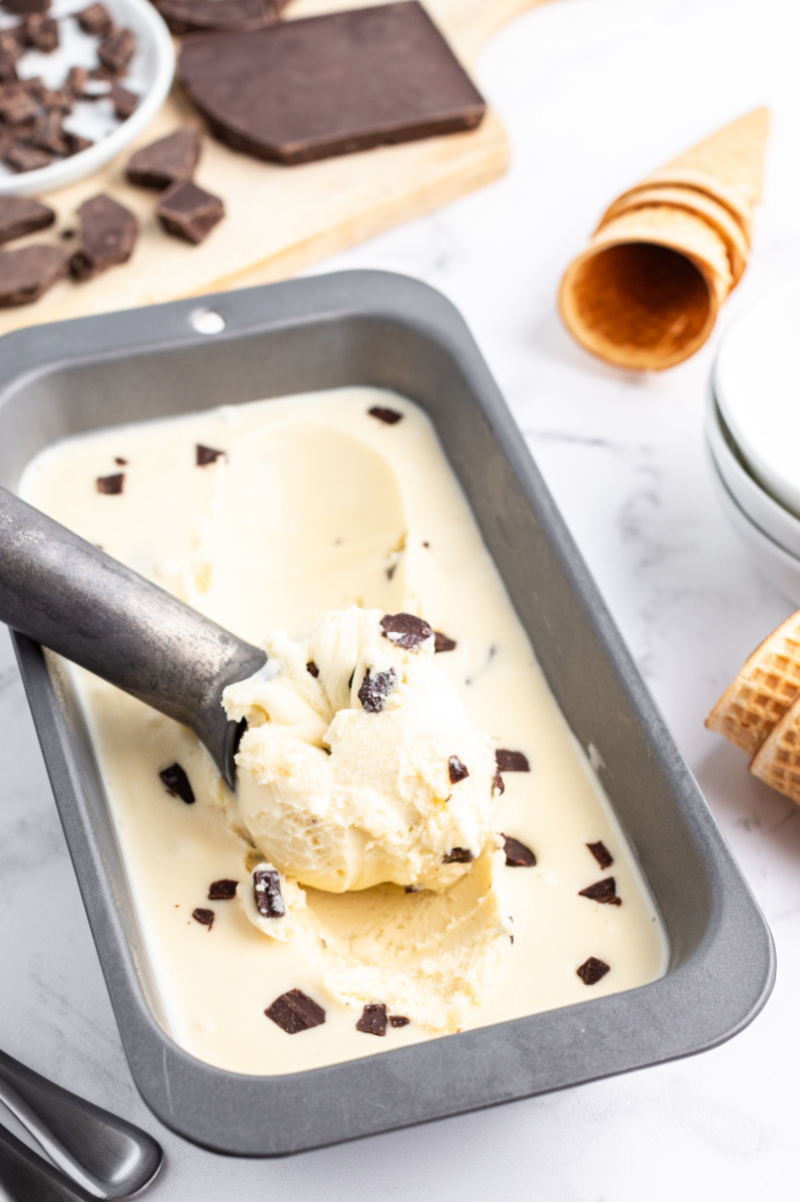 We visited Italy as a family the summer after our son Brooks (RecipeBoy) graduated from high school. And it was there that we all fell in love with gelato. We ordered our favorite flavors every day to fulfill our cravings for a “daily gelato.” Sometimes the more simple flavors were best, like this Chocolate Chunk Gelato.

What’s the difference between ice cream and gelato?

Gelato contains a higher proportion of milk and a lower amount of cream and eggs than ice cream. Some gelato recipes don’t contain eggs at all (this one does). Ice cream has a fluffier texture, while gelato is more smooth and creamy. 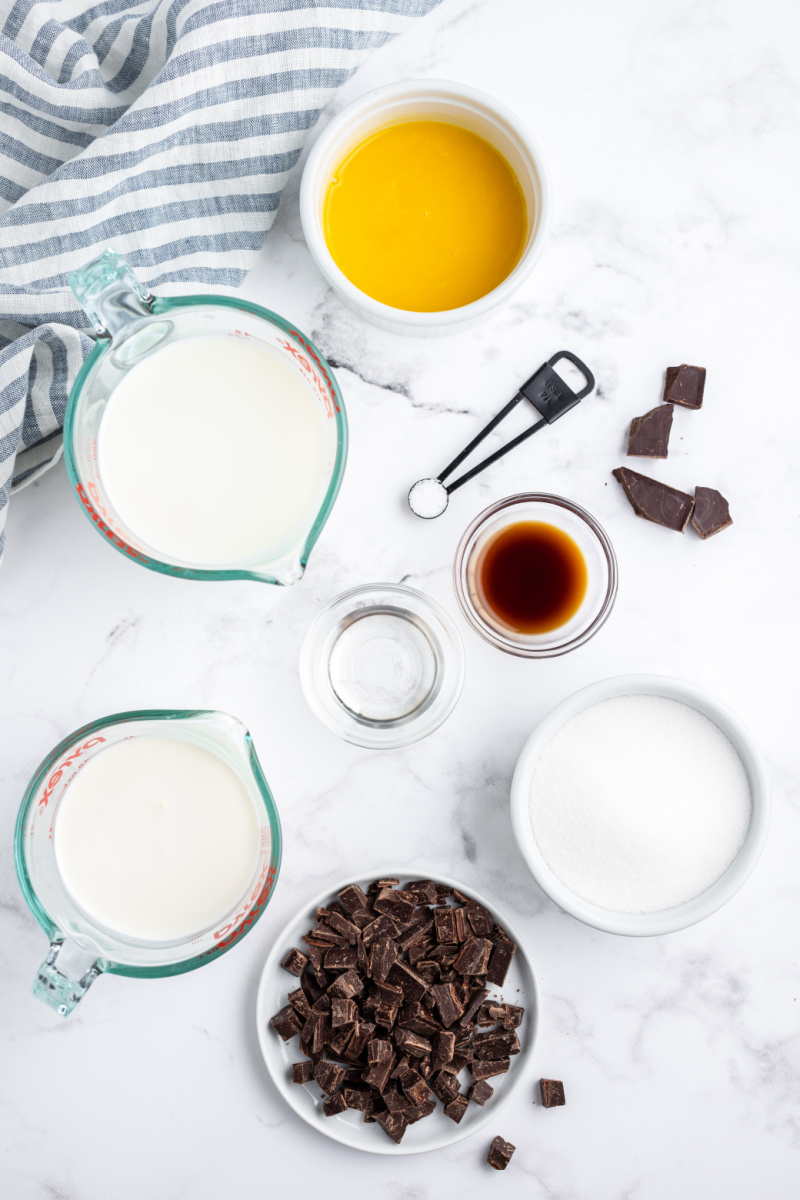 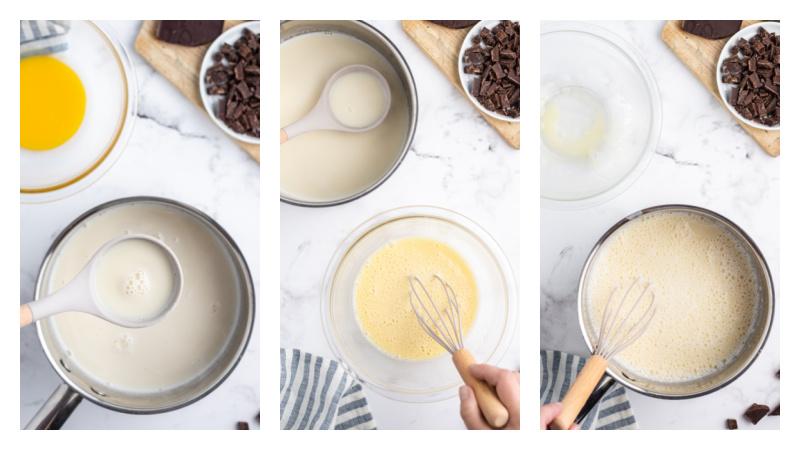 How to make Chocolate Chunk Gelato:

In a saucepan, heat the milk, cream, sugar, corn syrup, vanilla and salt. Heat to a bubbling state, and then remove the pan from the heat. Next you need to bring the egg yolks up to a warmer temperature. That’s called “tempering” the eggs. Beat in a little of the hot milk at a time to warm up the eggs. This is a slow process because you don’t want the eggs to turn into scrambled eggs. Keep doing this until you’ve added half of the hot milk mixture. Then return the pan to heat and mix in the tempered eggs. Heat until the chocolate chunk gelato custard becomes thickened (about 5 minutes).

Pour the custard through a fine sieve to remove any potential solids. Then you’ll end up with a nice, creamy base for making your Chocolate Chunk Gelato. The base needs to be chilled before processing, Refrigerate for at least one hour, but it’s actually best to refrigerate for several hours (or overnight) until it’s nice and cold. 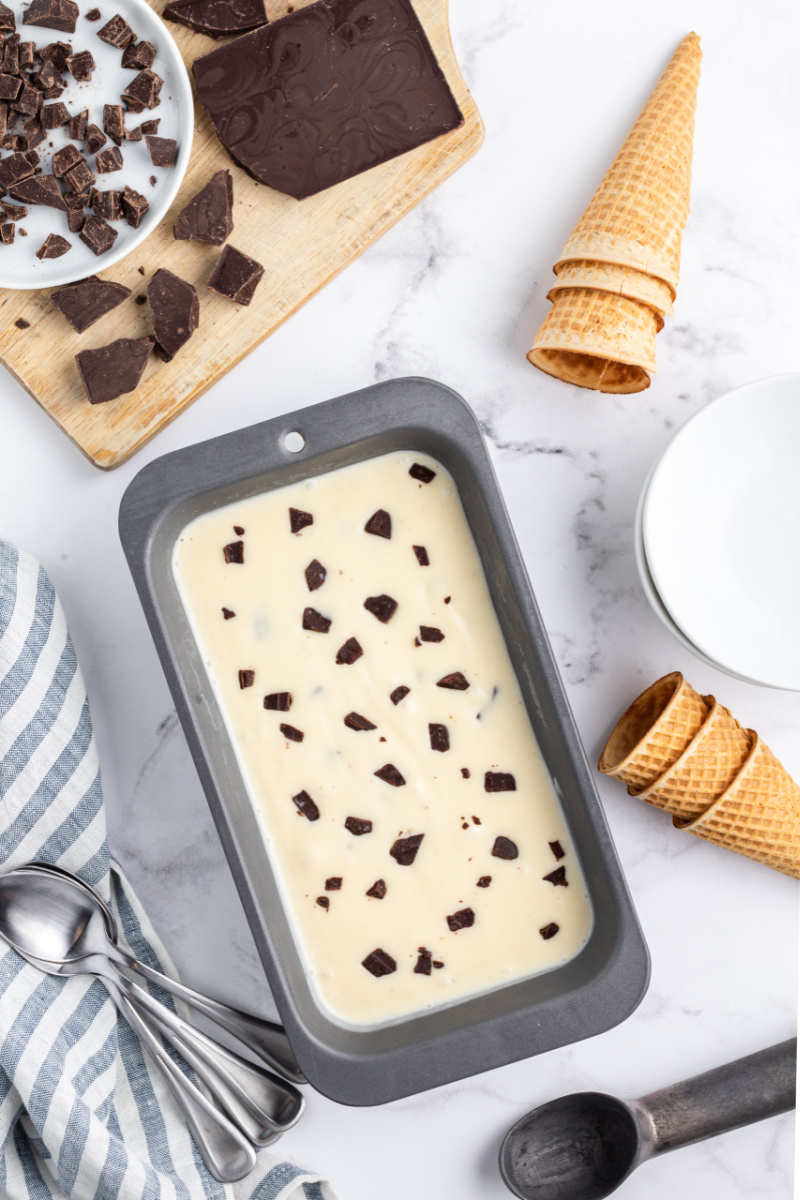 Process the chilled gelato base in an ice cream machine, following the manufacturer’s instructions. It should take 15 to 20 minutes to turn into a thickened gelato. Add in 1/2 cup of chocolate chunks toward the end of processing. Then scrape the Chocolate Chunk Gelato into a pan or bowl. Sprinkle with more chocolate chunks, cover and freeze until firm (at least 4 hours). 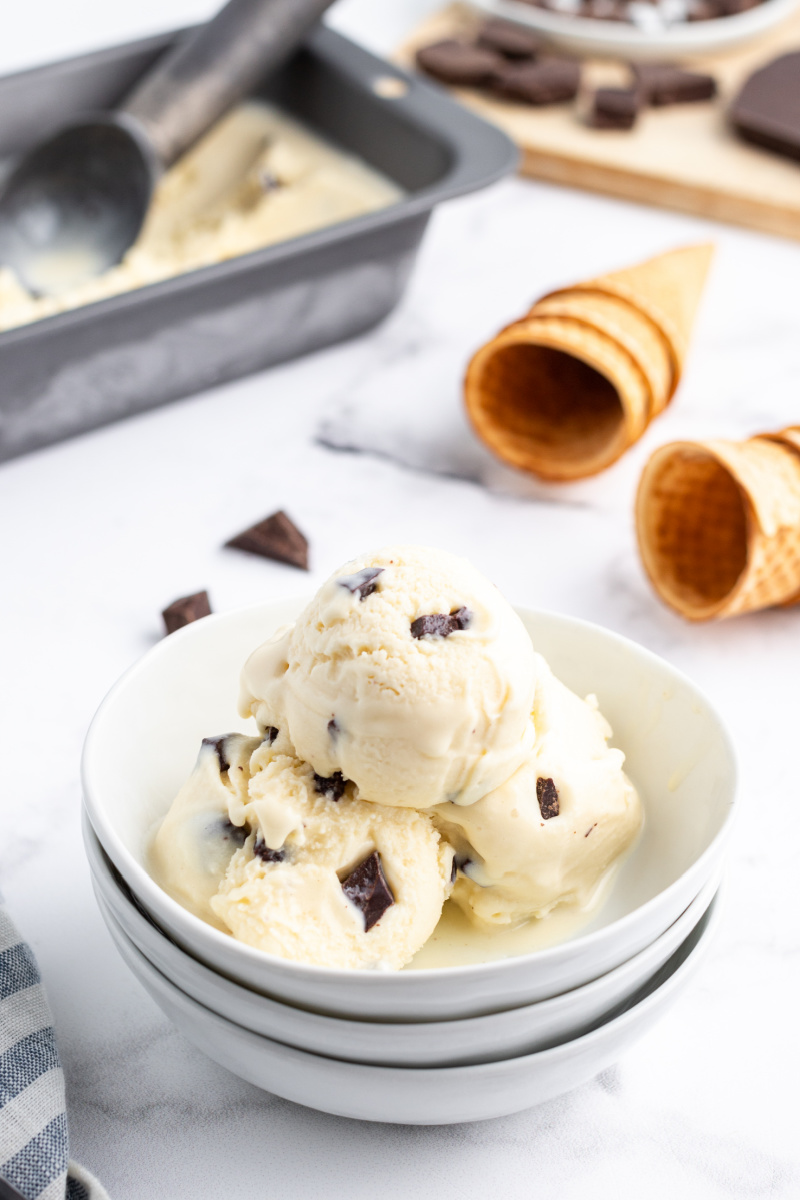 Scoop and serve! Gelato is totally delicious when eaten all on its own, but you can certainly add a drizzle of hot fudge, if you’d like. Enjoy!

We are big fans of ice cream as well here at RecipeBoy. Be sure to check out our recipes for Three Musketeers Ice Cream, Cake Batter Ice Cream and Marshmallow Fudge Swirl Ice Cream too. 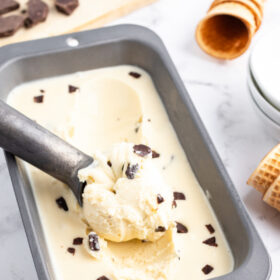