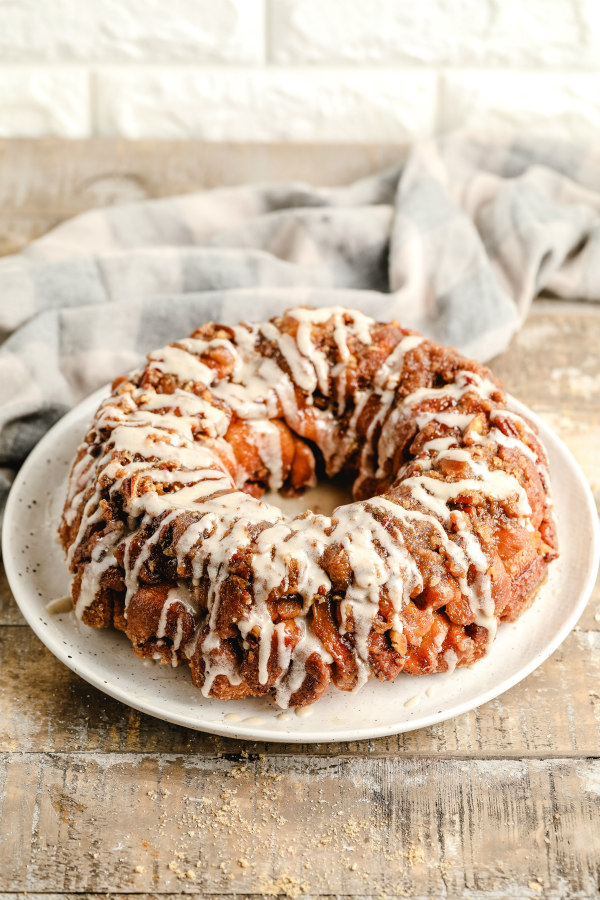 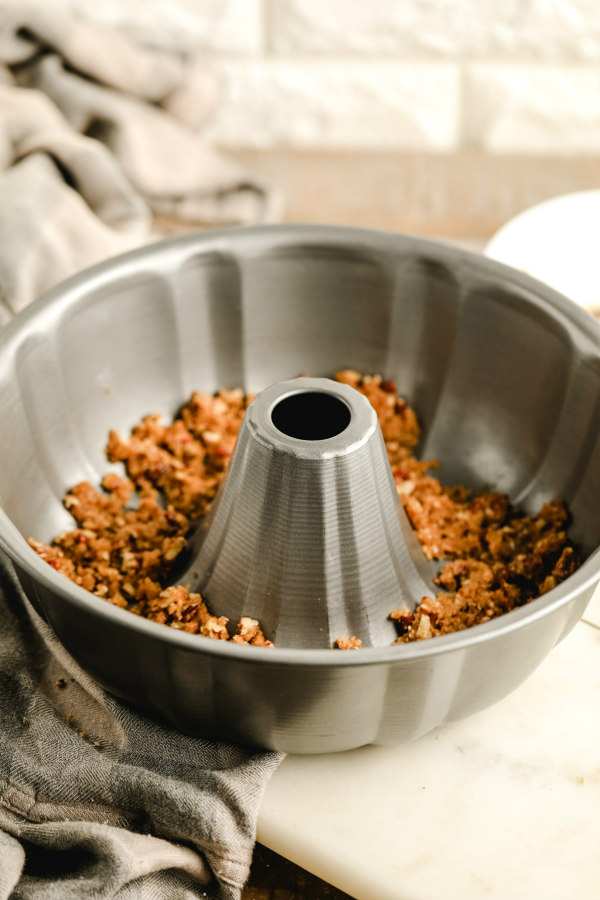 First you’ll want to make the nut topping. This is a combination of pecans, brown sugar, butter and water. They are sprinkled into a bundt pan. If you don’t have a bundt pan, you can pick up this cheap bundt pan on Amazon. It’s perfect for monkey bread, but it’s also great for making pound cake and traditional bundt cakes. You’ll use it often.

Can you skip the nut topping:

Yes! If you’re not into nuts… or if someone has allergies, you can skip the nut topping entirely. 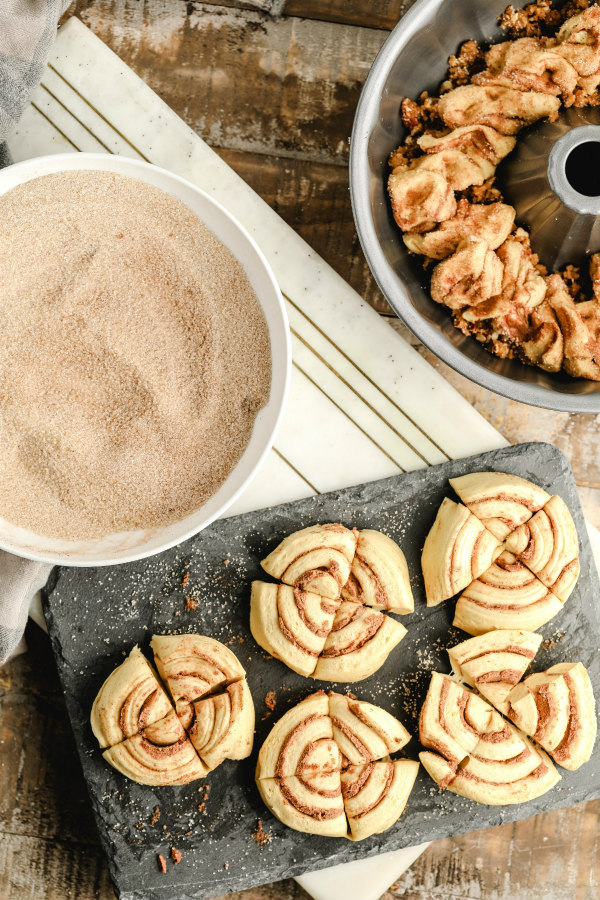 You will be using two cans of Pillsbury Grands Original Cinnamon Rolls with Icing for this recipe. Each cinnamon roll is quartered. You’ll need the icing from the cans too, so set those aside. You’ll take each cinnamon roll quarter and gently round it slightly in your hand, dip it in butter and cinnamon sugar and then place it into the pan on top of the pecan topping. Repeat with all of the cinnamon roll pieces and layer them into the pan. 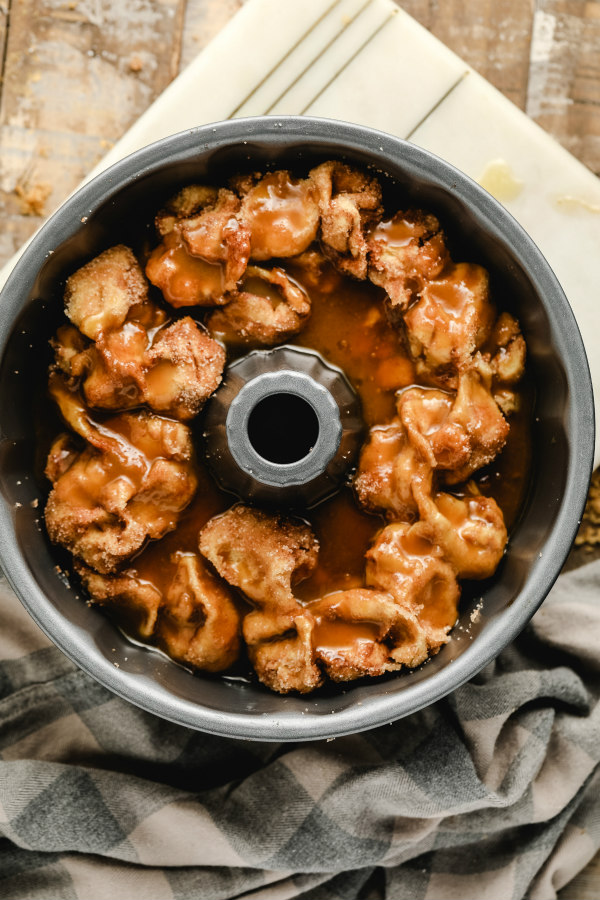 The monkey bread syrup comes next. This is a simple combination of brown sugar and butter. 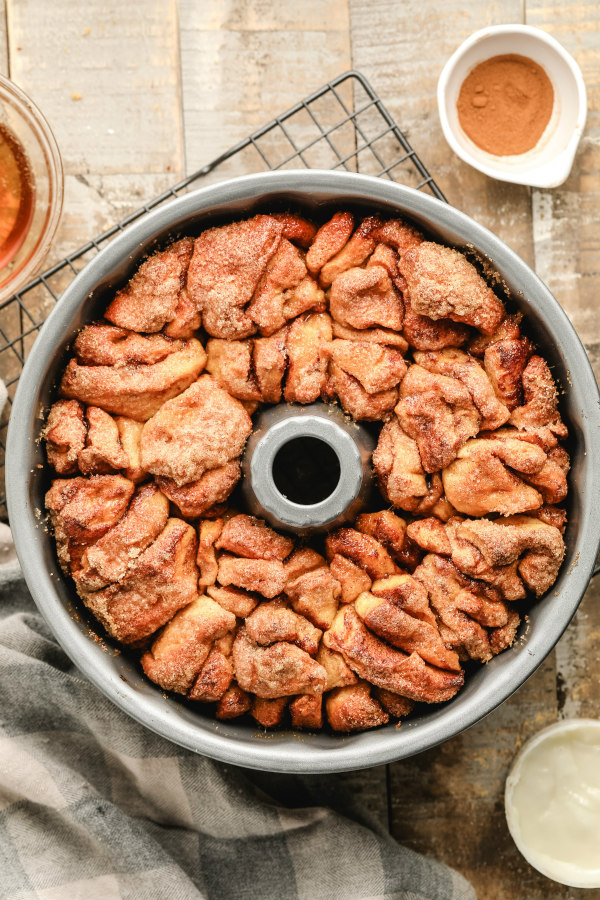 After baking for 30 minutes, your Cinnamon Roll Monkey Bread will look like this. 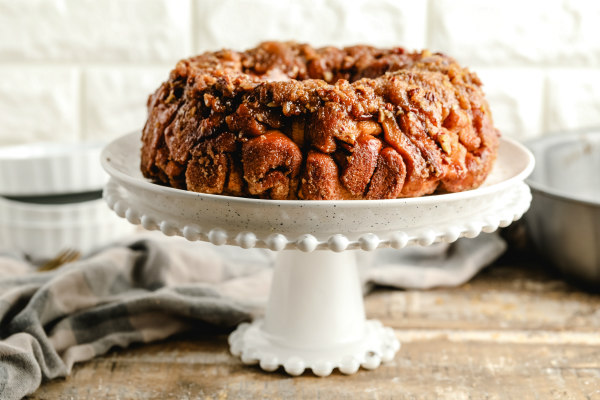 You will turn the pan upside down onto your serving plate. 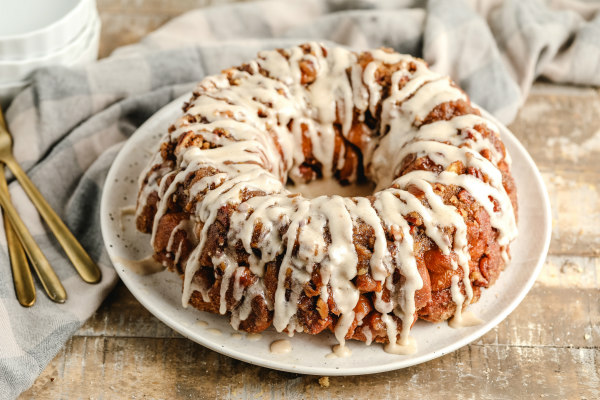 The final step is adding the icing. This is easy too. Just combine the two containers of frosting from the can with maple syrup and cinnamon, and drizzle over the monkey bread. If you don’t want that extra sweetness, it’s okay to skip the icing. But it’s extra good with the added icing! 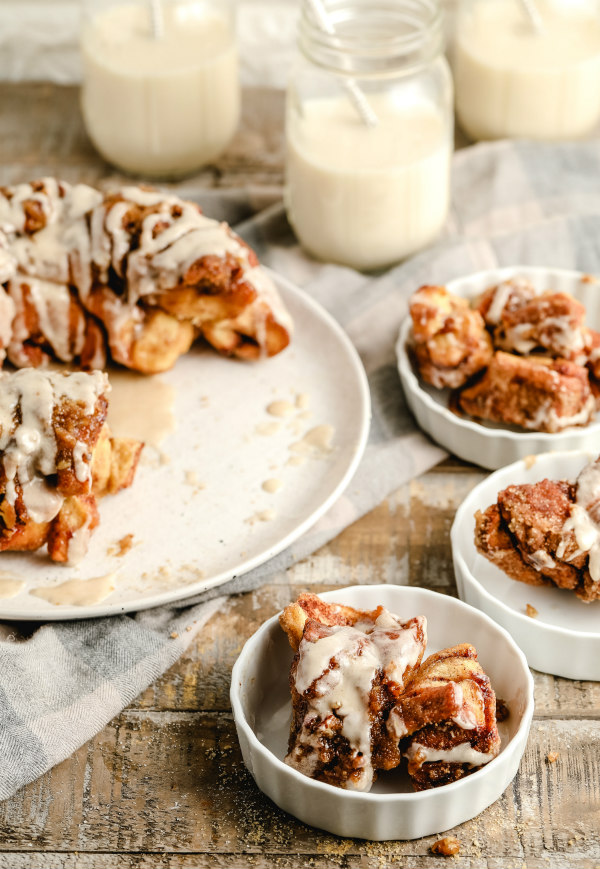 The resulting Cinnamon Roll Monkey Bread is easy to pull apart for serving. This is a decadent breakfast for sure. I think it’s a good one for making on the weekend for a very special treat. Enjoy! 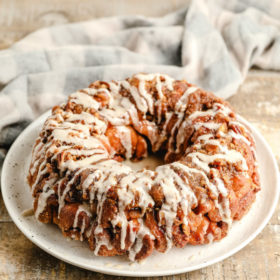