This week I have made a delicious French classic, the Croque Madame. Recently I watched the movie The Hundred-Foot Journey. It was possibly the best movie I’ve ever seen about cooking. It is about an Indian chef who moves to France with his family. His family opens up an Indian restaurant with extreme competition from a French restaurant across the street. The chef, Hassan, ends up working at the French restaurant and becomes a great chef in Paris. It’s an amazing fictional story that everyone should watch. The movie inspired my Croque Madame, a traditional French grilled ham and cheese with a fried egg on top! 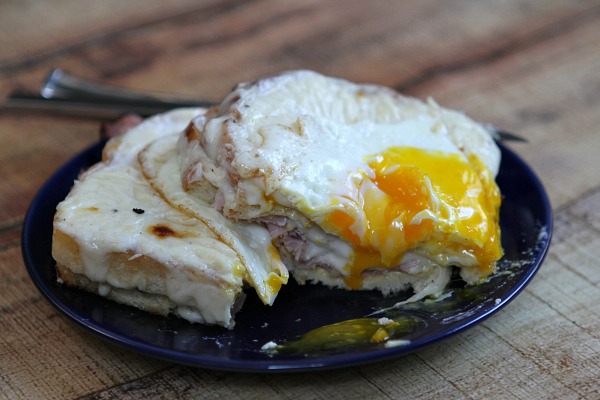 There are 5 French-based classic sauces: Tomat (tomato sauce), Bechamel (creamy sauce mainly consisted of milk), Veloute (sauce mainly made of veal or chicken stock), Espagnole (consisted mostly of roasted veal stock and served with meats), and Hollandaise (mainly made of egg yolks and butter). My Croque Madame contained Bechamel, which happens to be the best sauce I’ve EVER tasted! It’s so creamy and delicious! 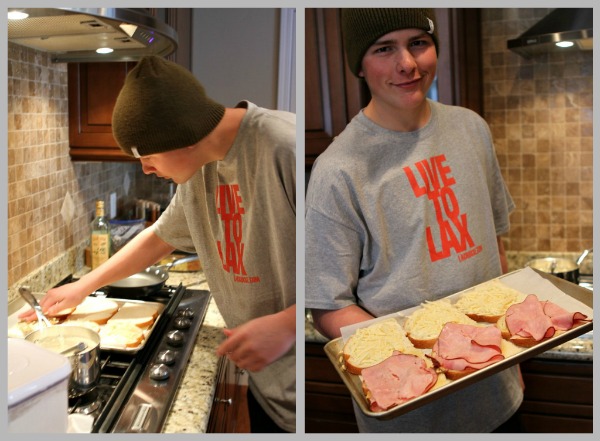 I used very nice Gruyere cheese in this recipe. That may be part of why it was so delicious! Recently I have been helping out my family more and more because my dad broke his leg in a sledding accident. One of my new responsibilities is cooking more, so I plan to experiment a lot with those French sauces I talked about earlier.

Does that look amazing or what? The Bechamel sauce is crazily good with the grilled ham and cheese. French people know good food. I tip my hat to French people and their cool accents! 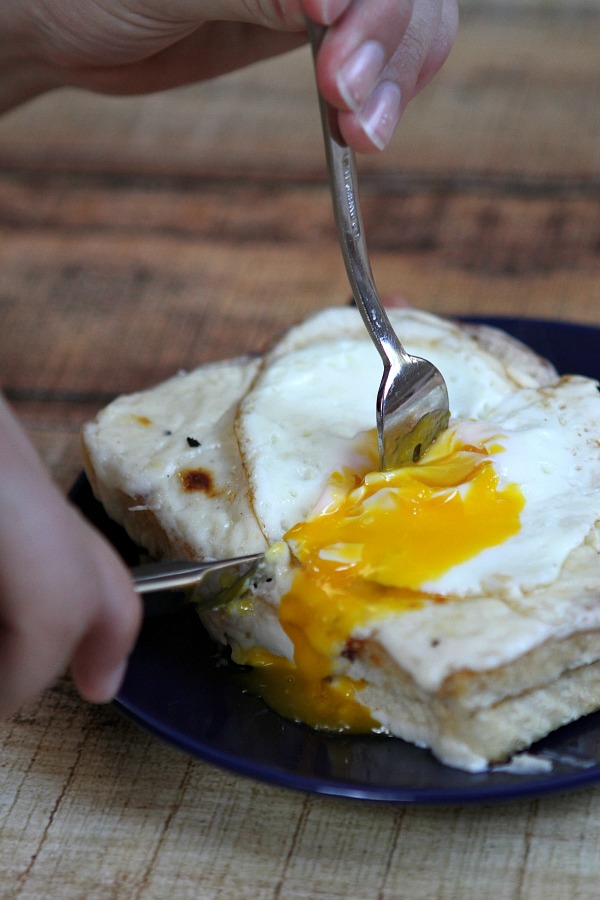 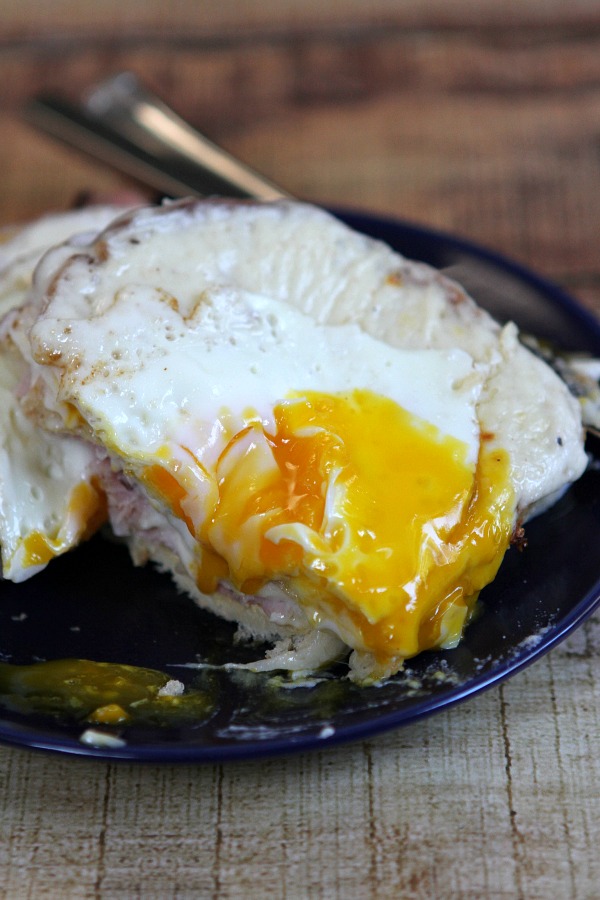 The classic French dish was a perfect lunch for me and my family. I have to say that the Croque Madame is one of my favorite sandwiches of all time. I would love to try this sometime at a fancy French restaurant to compare my recipe to theirs. I added some paprika and Tabasco to my Bechamel sauce to spice stuff up a bit. I think that my changes really helped make the sandwich more flavorful. My family and I loved it, and I hope that you do too!

Oh, and I got a puppy! We named her Tessie, after the Dropkick Murphy’s song and Tahoe Tessie (the fictional monster living in Lake Tahoe). The Dropkick Murphy’s re-did a song by the Royal Rooters (a Red Sox fan club) called Tessie. It was a Boston Red Sox song making fun of other teams and players. The Red Sox now play the song Tessie by the Dropkick Murphys when they win at home games. I love my new puppy. 🙂

Even an Irish kid can make a French dish…. like me! 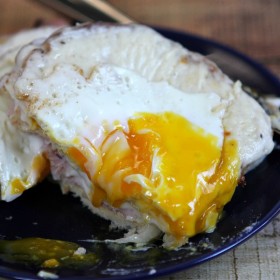 The sandwich looks amazing. You directions and comment are great so I plan to goive this a try very soon. Tessie is beyond adorable and her name is perfect.I love that she is named after the Droplick Murphy song. I live just outside of Boston so I am a solid Red Sox and Patriots fan. I am hoping for a big win this weeked afet the past two weeks of insanity. Thanks for sharing the recipe.

Looks like a yummy new breakfast. Tessie is so adorably cute.

This looks like the perfect sandwich! And, your puppy is adorable!