Have you ever made cinnamon toast before? If you haven’t, read this post and you’ll be sure to know.  My newest recipe came from my grandma who is currently staying with us while she’s recovering from neck surgery.  She taught me how to make the best cinnamon toast ever.  When my mom (RecipeGirl) was a kid, she used to eat the same toast that I am posting today.  Now please enjoy the yummy pictures ahead! 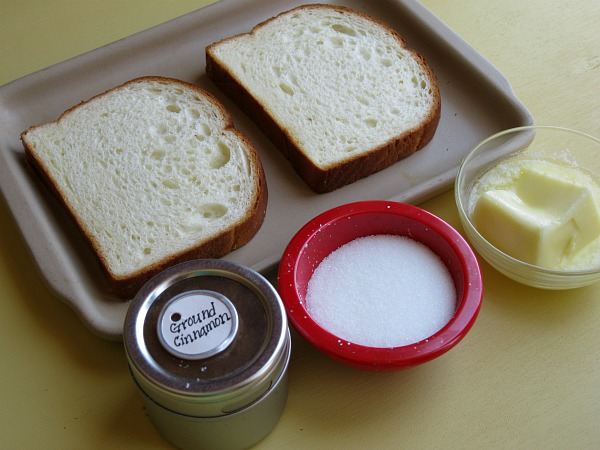 Only 4 ingredients.  But you need really thick and sweet bread for it to be really yummy.  I like to use King’s Sweet Hawaiian Bread. 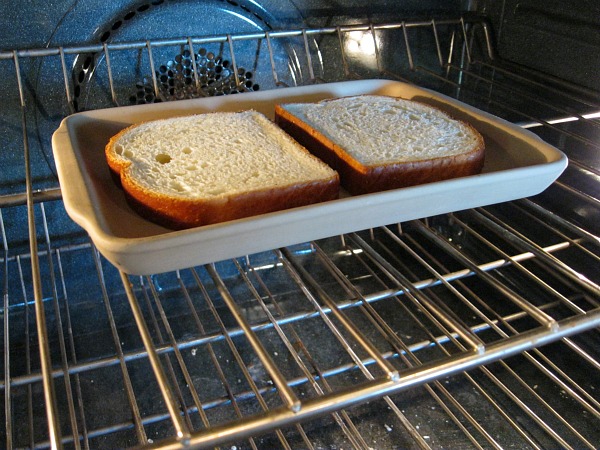 I had never seen bread in an oven before, although I have seen it in toasters, frying pans, and refrigerators.  Grandma likes to toast one side of the bread, then flip it over and take it out of the oven. 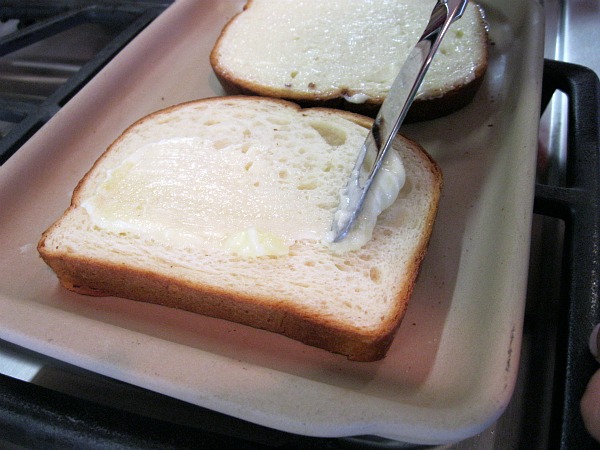 You need a generous amount of butter. Just don’t be Paula Deen! 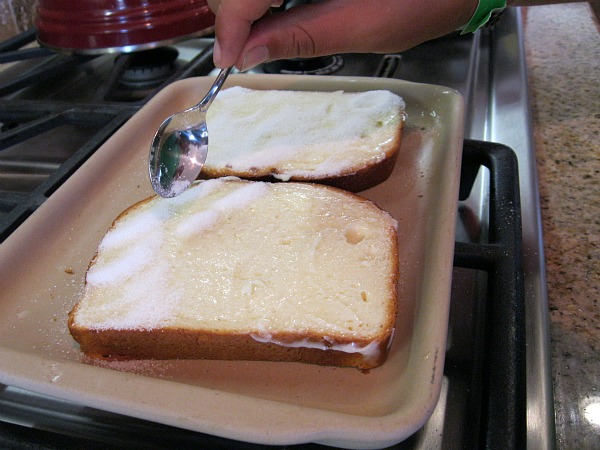 A good amount of sugar too. 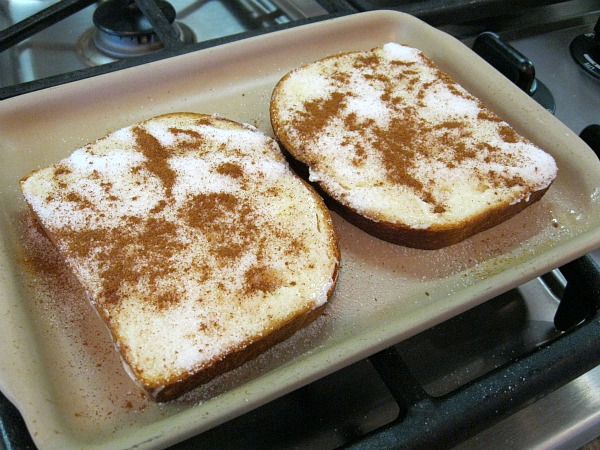 One of the key parts of the toast:  the cinnamon!  Now the toppings are on and it’s ready to bake. 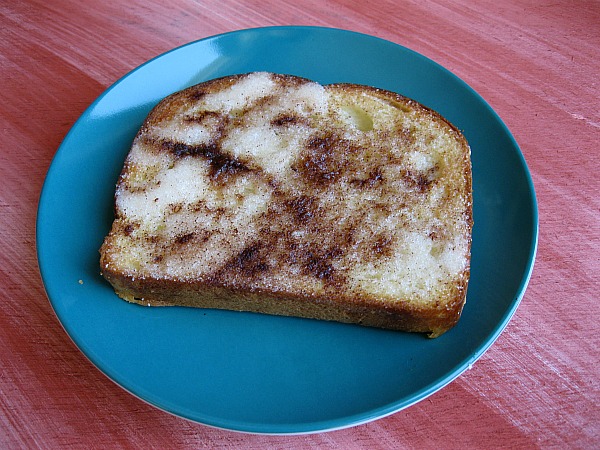 Put the toast on a a small plate and it’s ready to serve! 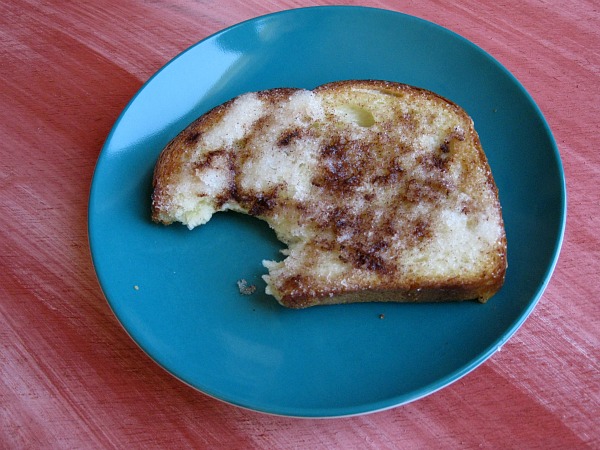 That’s my bite!  The cinnamon toast tasted great and I think that this is the perfect recipe for a special breakfast.  (Thanks Grandma!)

And even a kid can make it….like me! 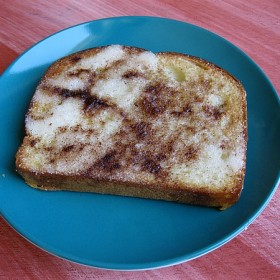 How to Make Cinnamon Toast

I just made this following your recipe, it was soooo yummy! Thanks Recipe Boy! x

Your grandma knows how to do it right, Recipe Boy. Who wouldn't love cinnamon toast like this?

I USE my toaster oven...put sliced white bread on racks..toast it medium Brown...remove..put cinnamon,sugar(white or brown),butter,pop it back in the oven for a few minutes til butter melted and bubbly..enjoy!Easy...SOOO good!

That is exactly how my grandmother made it for me. Toasted on both sides, buttery and sooo yummy. She made cheese toast almost the same way...just replace the cinnamon with a slice of cheddar cheese and sprinkle sugar on it. Sounds weird I know but it really is good. My mom and I make both for my girls. I love traditional foods. :)

We would visit my Aunt Weezie on weekends an hour away would make the best cinnamon toast. I have tried it for years never the same . I am def going to try this morning. It was just one of those things that always tasted better as a child growing up. She would also make the best tuna fish sandwich. And among the best fudge. Great memories ! Thanks