This Sausage and Corn Chowder recipe is a creamy and delicious chowder with potatoes, corn and sausage. It’s a comforting and filling meal for a chilly day! 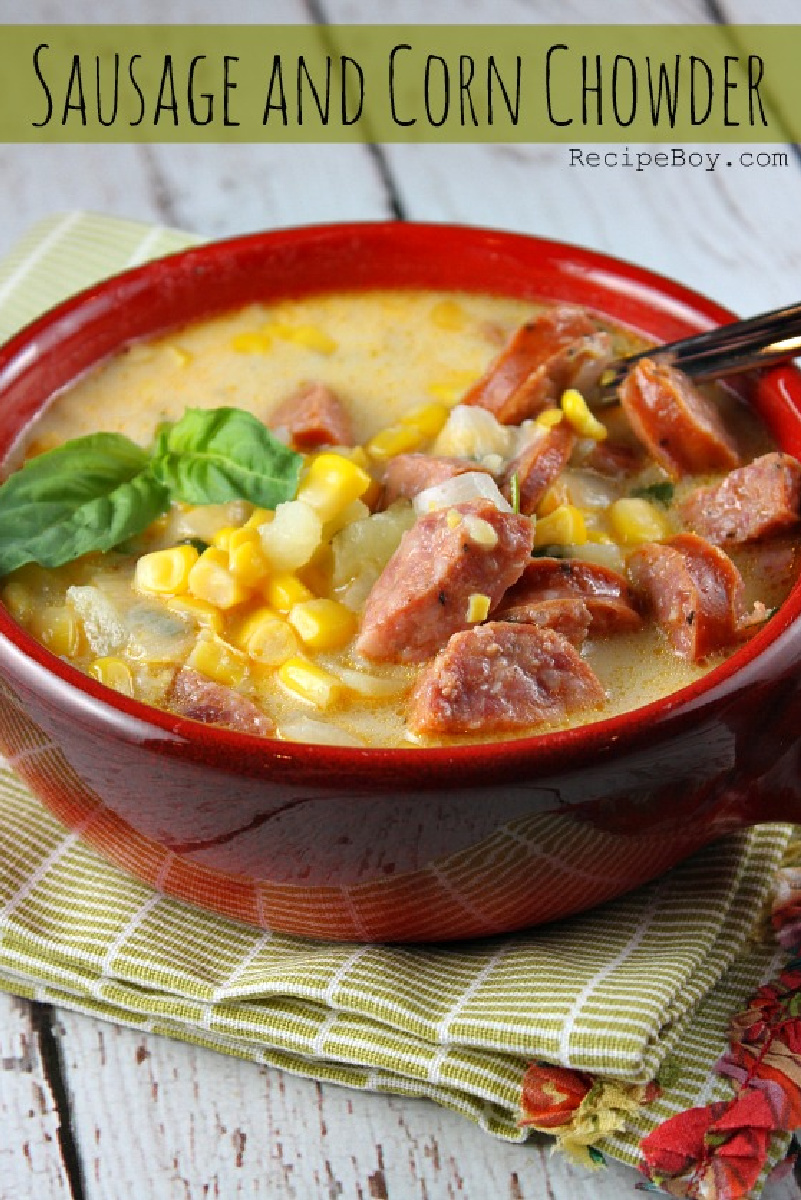 My son Brooks is home from college for the holidays right now, so I thought I’d update this Sausage and Corn Chowder post with a video and share it again. He was just 12 years old when he made this soup back in 2014. It’s fun to see him so little when he’s 19 now!  I’ll be sharing current pictures of him soon so you can see how he has changed. In the meantime, enjoy this older post with a new video!

To add to the list of why I love the East Coast so much, I love chowdah! Although I usually eat clam chowder, I decided to mix it up for a change. Today I made Sausage and Corn  Chowder. Believe me, it was wicked awesome!

The chowder itself was a work of art and so easy to make! We didn’t do hardly any prepping before this picture! And if you can even imagine this… it tastes even better than it looks! 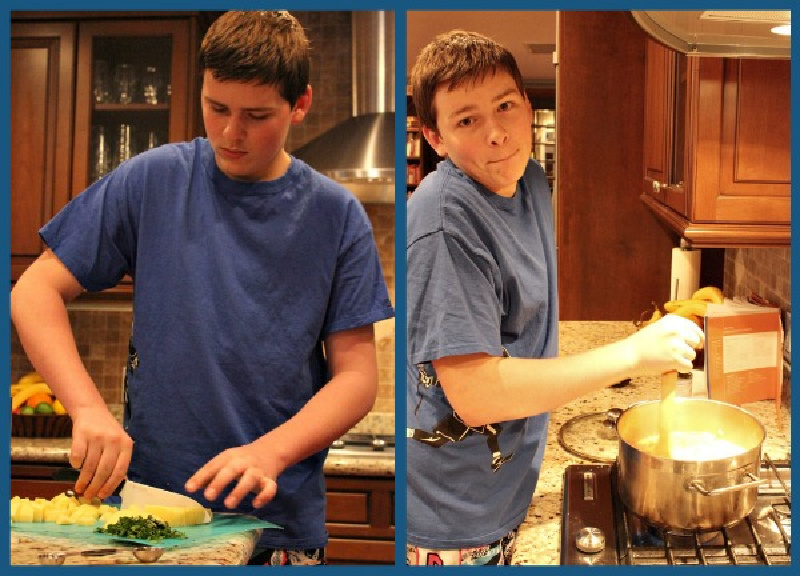 I cut the sausage and the onions and browned them in the pot. They made the soup pretty flavorful. Later I added the spices, potatoes, corn, water and milk. This recipe was pretty basic. 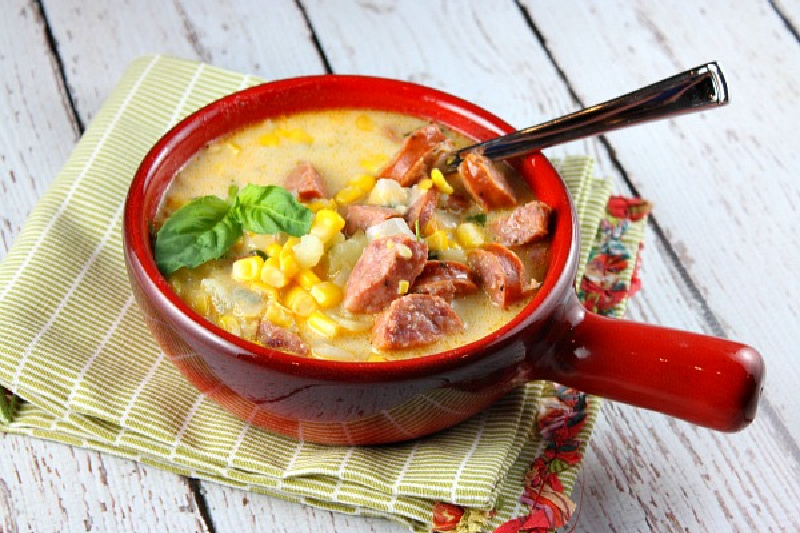 This soup could be served in a restaurant! Our friends from San Diego were visiting when I made this chowder and they LOVED it! My buddy said that it was the bomb. Everyone loved this soup. I will definitely make this again. Trust me… this is delish!!! 🙂

And even a kid can make a soup that is the bomb.com… Like Me! 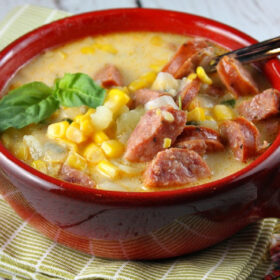 This looks delicious!! I would love to know how much sodium is in it, I'm on a very strict low sodium diet.

Not sure, but here's a nutrition calculator you can use! https://www.verywellfit.com/recipe-nutrition-analyzer-4157076

I made this yesterday and it was crazy good. It is even better today! Not often a chowder tastes this good without cooking all day. You are on a roll, Brooks! I have tried many of your recipes of yours and there wasn't a stinker in the bunch!

It definitely was the bomb, as the friend visiting from SanDiego. Way to go Brooks. Its a world record winning chowder.

Wow, this really looks good. You can definitely make it for me somtime. In the meantime I might just make it for myself!

oh my goodness this looks delicious!! i must try this.