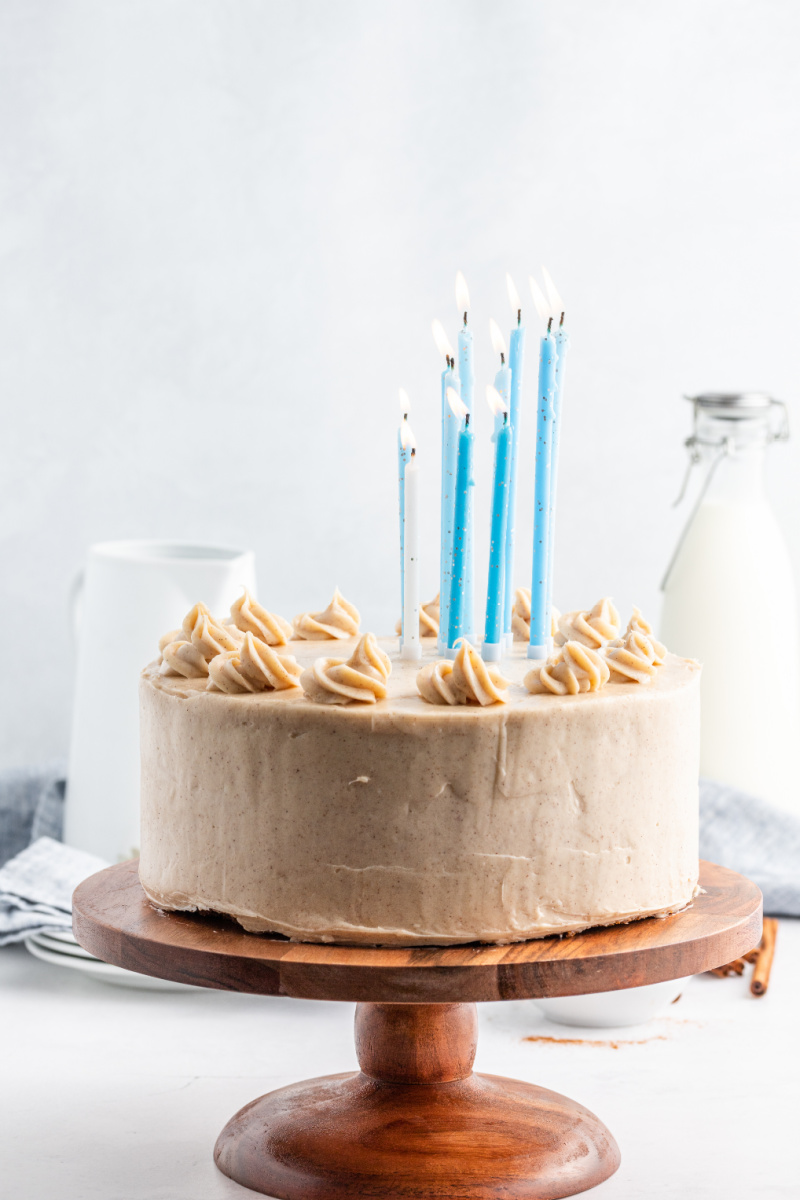 Happy Birthday to RecipeBoy Brooks today, and I thought I’d celebrate by making a Snickerdoodle Cheesecake Cake!  I made him a Funfetti Cheesecake Cake a couple of years ago, and it was so good that he requested another! Brooks started this blog at age 10 back in 2011. And today he turns 21! What a crazy long time to be writing a blog. He graduates college in just one year, and then he’ll be off working in this big wide world of ours. How amazing!

How long have you been following the RecipeBoy blog?  Anyone still around from the early days of the blog? We still try to share family friendly, easy recipes. Brooks does pop in once in a while to share a recipe, but I help write the blog quite often since he’s super busy with his life in Dallas. So the RecipeBoy blog will continue to thrive with a new recipe each week! 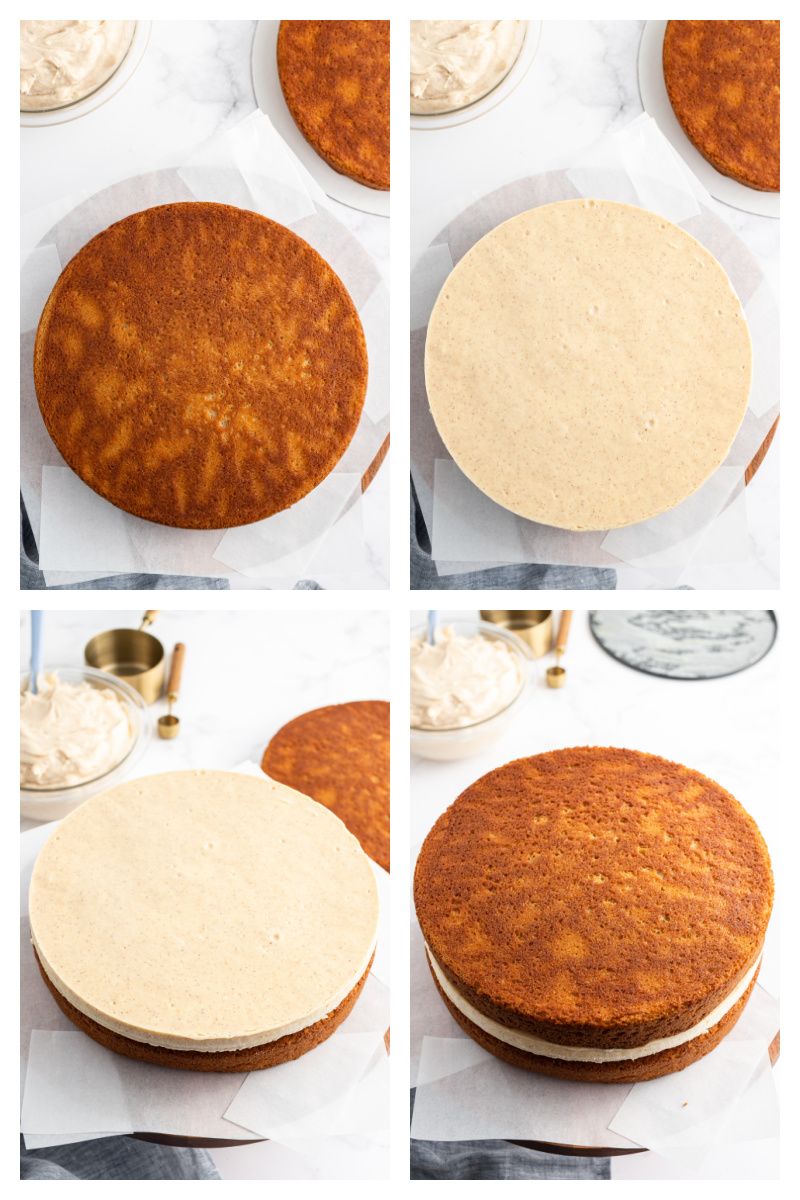 How to make a Snickerdoodle Cheesecake Cake:

The complete, printable recipe is at the end of this post.

Follow the instructions in the recipe to make two snickerdoodle cake rounds. And make a cinnamon-flavored cheesecake too. The cheesecake will go into the freezer until it’s very firm. This is key for assembling the cake.

To assemble, place one cake round on a platter. Add a little frosting on top, and then add the cheesecake on top of that (which is much easier to do if it’s frozen!) Add a little more frosting and then the 2nd cake layer. 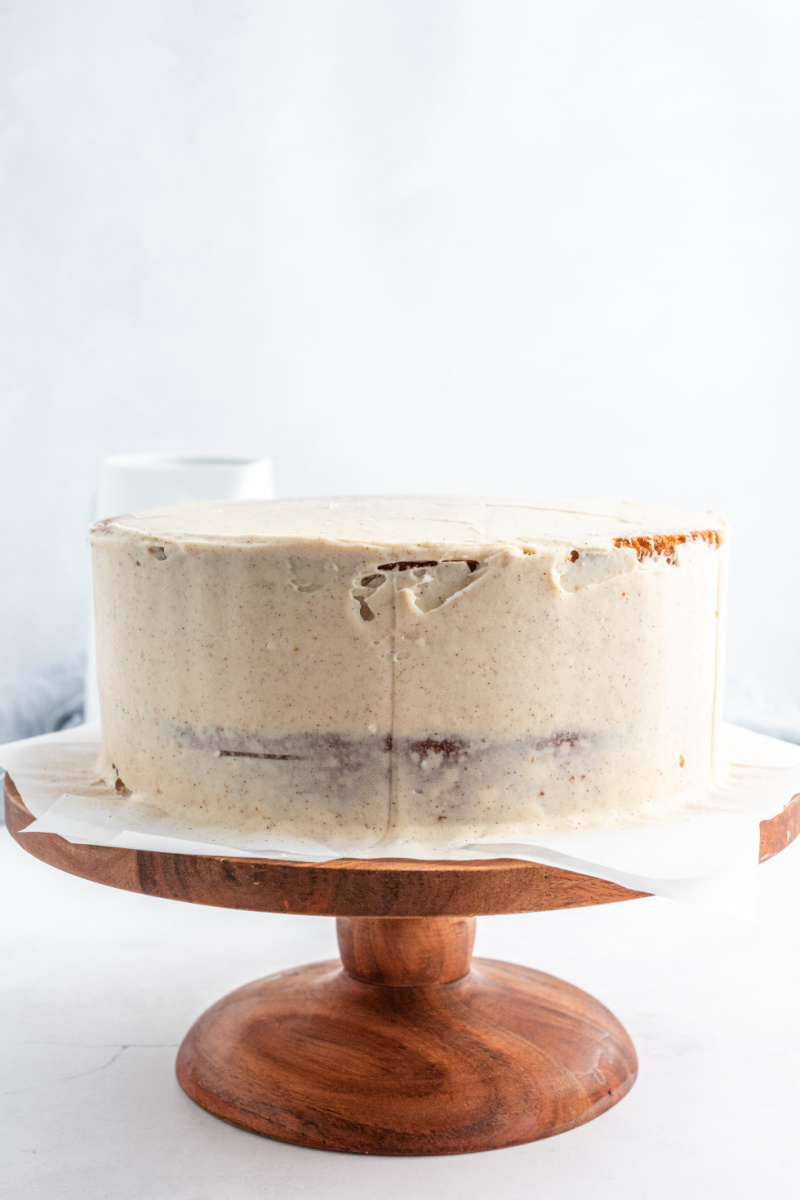 You’ll be making a cinnamon cream cheese frosting. Use some of it to frost the cake with a “crumb” coat. This is a thin coat of icing. Then refrigerate it. The reasoning behind this is that the thin coat of icing refrigerated will trap any possible floating crumbs from the cake and keep them secure. 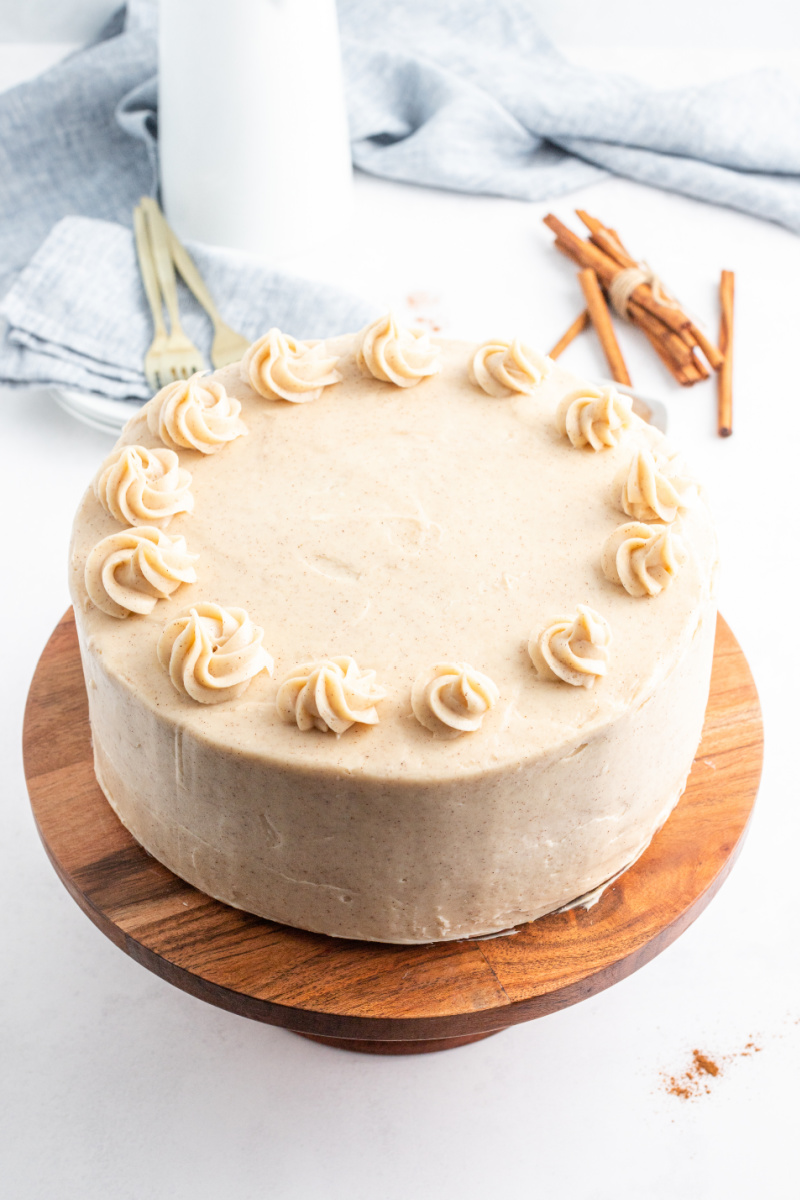 Then when you add a second layer of frosting, it will be nice and pretty with no floating cake crumbs. You can use a piping bag and tip to decoratively add some swirls to the top of the cake, if you’d like. You could even get really fancy and add some snickerdoodle cookies to the top in some fashion (kind of like our Cookies and Cream Cheesecake Cake). 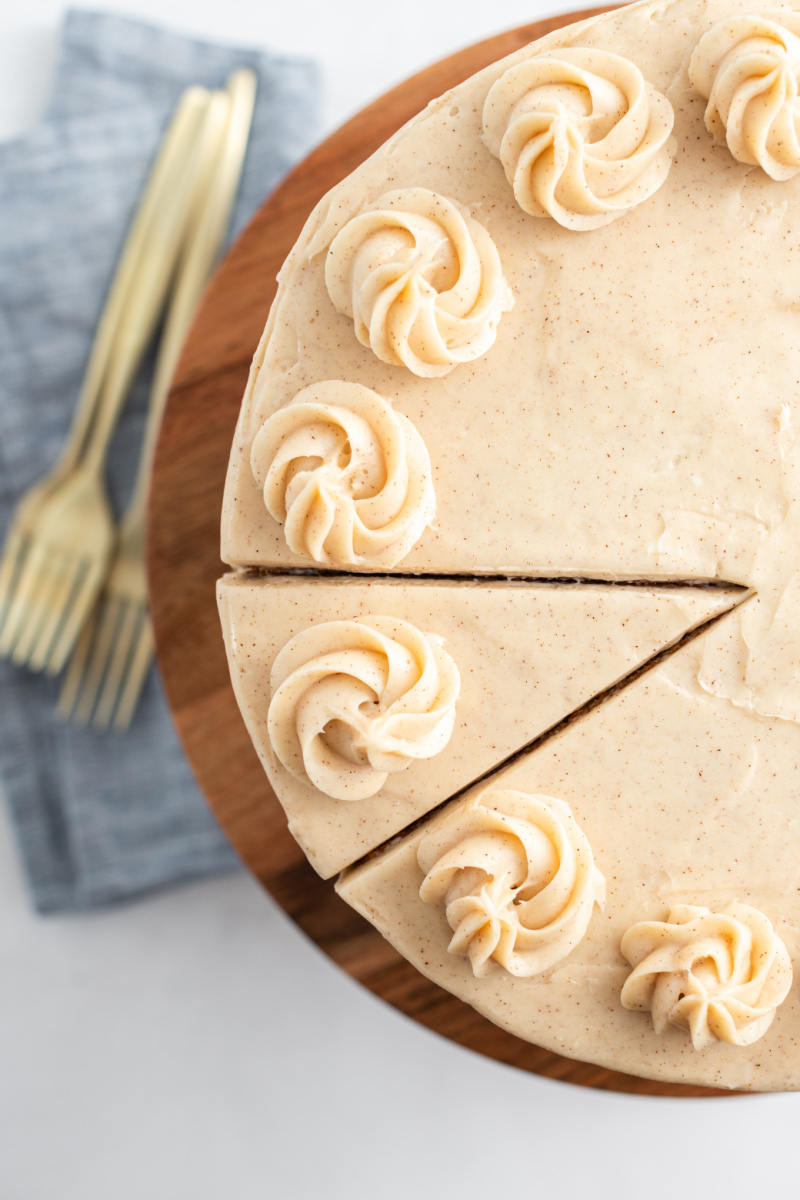 This snickerdoodle cheesecake cake is easiest to slice when it has been refrigerated for a while. You’ll be able to get nice, clean cuts. The cheesecake will thaw in the fridge. 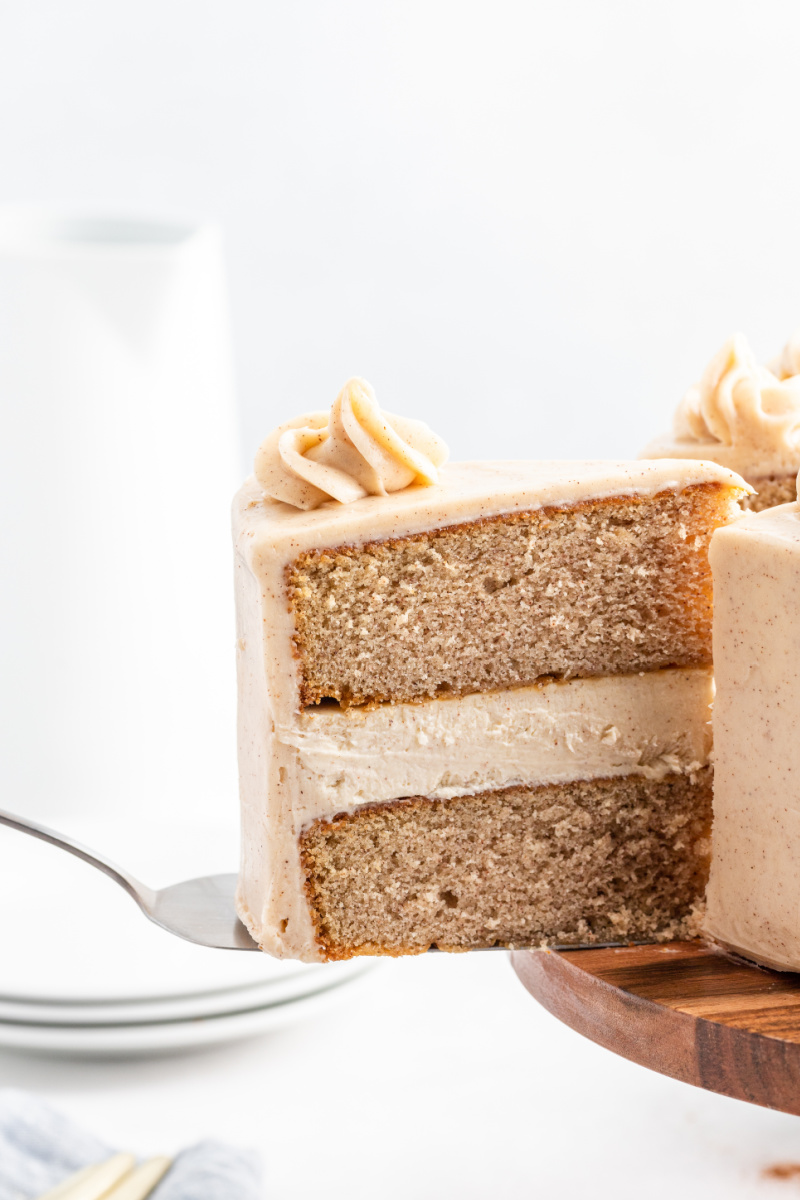 And there it is!  Two layers of totally delicious cinnamon snickerdoodle cake with a thick layer of cheesecake sandwiched in between. This is about as good as it’s gonna get for the best kind of cake ever! 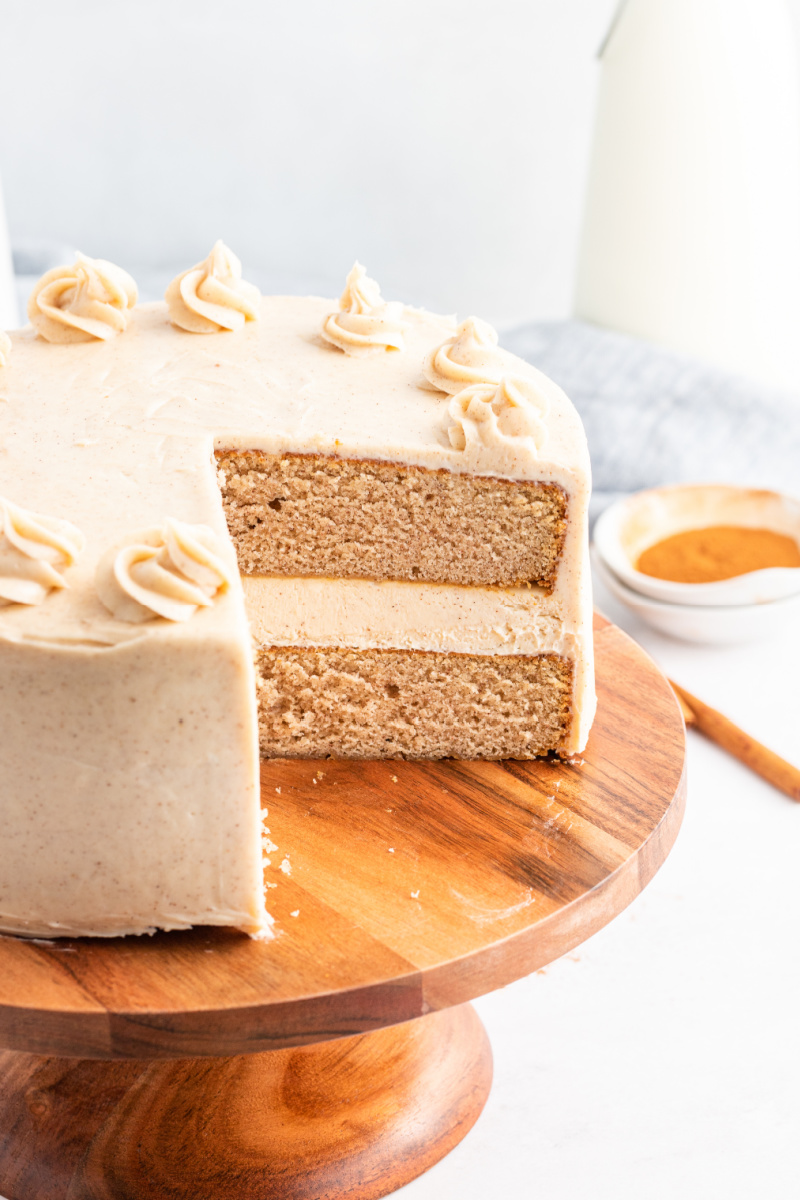 And it happens to make a great birthday cake too. Happy 21st Birthday to Brooks! 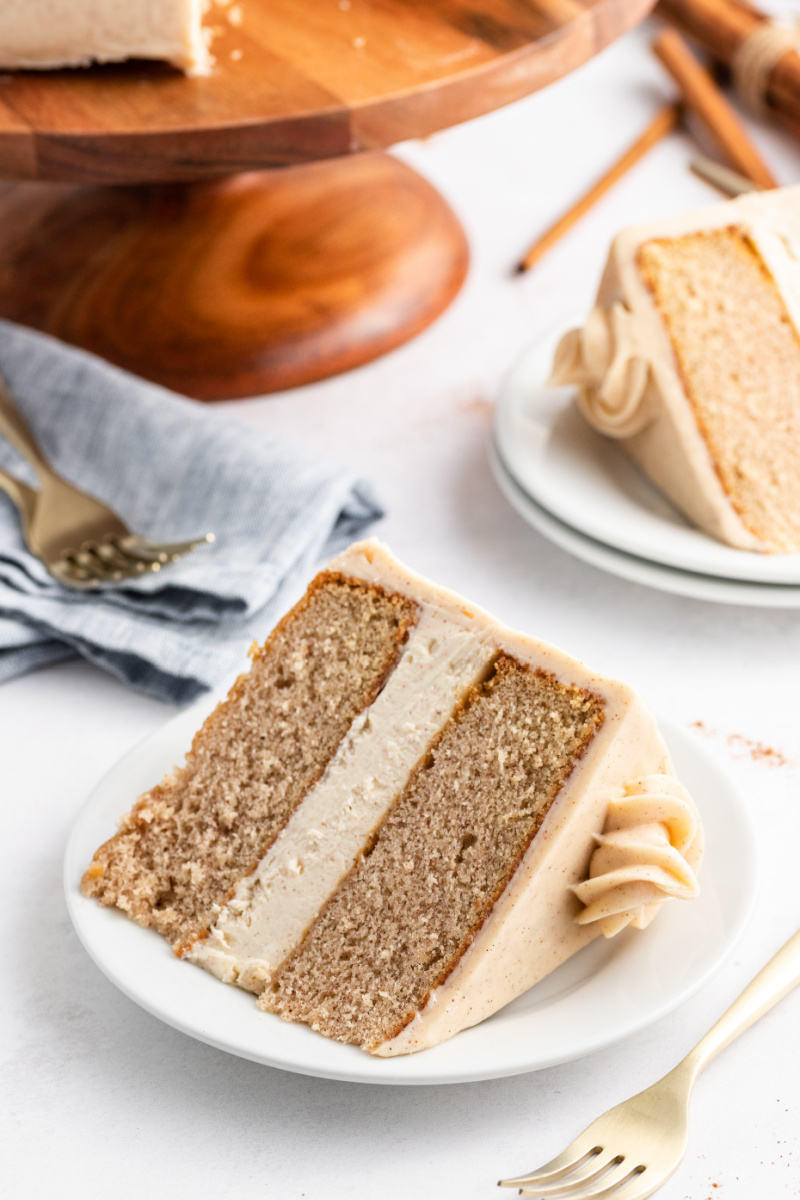 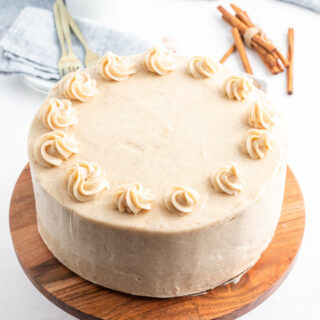